When I read reports that Viceland, the television channel owned by Vice Media, had achieved an audience figure of zero on some nights following its launch in the UK last month, I assumed we were looking at a London Live situation.

In my mind’s eye, I saw rolling amateur-hour dross, and a collection of viewers that would forever comprise the lost, the insensible and the truly hungover. But it turns out I was wrong – about Viceland UK’s content, if not its audience. Not for nothing is its creative king Spike Jonze, the director of Being John Malkovich and Adaptation. OK, the execution of its documentaries is unbearably earnest at times, and its hipster presenters, with their up-speak and on-tap cheeriness, can be madly irritating. Nevertheless, here is a pretty fast-flowing stream of groovy ideas, built for the enjoyment and improvement of millennials everywhere. It doesn’t half put the new home of The Great British Bake Off to shame.

Of the shows I’ve seen so far, my least favourite is Noisey, in which a bearded bloke called Zach Goldbaum travels the world – Viceland is very much about The World – exploring the music scene. His uncritical fanboy shtick grows wearing after a while, and it’s hardly big news that, say, Las Vegas has lately reinvented itself as a home of electronic dance music (among its leading entrepreneurs now is a Moroccan-born club owner called Victor Drai, “a playboy who once dated Jacqueline Bisset, having met her on an aeroplane”).

Everything else I’ve watched, however, has been good, and brilliantly informative to boot. Take States of Undress, which looks at fashion weeks around the world. Even its exasperatingly hopeless presenter Hailey Gates couldn’t make either of the republics of Congo boring. Who knew that Kinshasa had a fashion week, or that in Brazzaville there is a thriving dandy network known as the Society of Ambience-Makers and Elegant People? This just isn’t the kind of thing you can discover by reading Vogue. 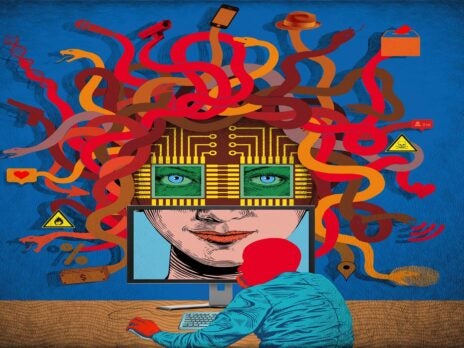 For Gaycation, the actor Ellen Page and her friend Ian Daniel have been touring the globe looking at LGBTQ culture, and while her tone is sincere to the point of parody – the way she spoke of the Two Spirit people of Saskatchewan, who are both indigenous and queer, had me snorting meanly into my tea – it’s impossible not to admire her pluck. Not for Page the “safe spaces” of the university campus. Having finally returned to America, where gay rights are everywhere under threat thanks to those campaigning for religious liberty, she headed off to the Iowa State Fair to enjoy a stand-up row with the Republican senator Ted Cruz. Who won? She did, and with some grace.

Best of all – and timid viewers might want to look away now – is Balls Deep, an “immersive” documentary series, in which the journalist Thomas Morton explores the lives of others. Morton is a weedy-looking geek with good comic timing, who has the great skill of remaining unflappable in almost any situation. In the latest episode of his show, he attended Bear Week on Cape Cod. Bears, in case you don’t know, are gay men who are large and hairy, rather than, say, muscular and waxed. Cubs are young bears, polar bears are bears with grey hair, and otters (I think) are skinny bears, the category having become more inclusive down the years.

At first, Morton seemed intimidated by the gathering. “There’s so much man here,” he said, gingerly joining 500 bears tightly packed into a swimming pool. Still, he had work to do, and not too many minutes later he was visiting a studio where a yogic bear tried to make him feel better about his cadaverous body.

God, it was funny. “May I remove your shirt?” asked the yogic bear, who was the size of a bus. Morton agreed that he could. “May I appreciate your body with my hands?” he asked. Again, Morton agreed. “May I touch your c*** and honour it?” he asked. Yes, said Morton, hesitating for only a second. “This is a place of power,” said the yogic bear, his hand now pixelated. How Morton stopped himself from bursting into wild laughter, I’ll never know – though it’s possible he was concentrating on other things. Afterwards, he confessed that although he didn’t necessarily feel much better about his concave chest, it was a relief to him that his “place of power” had, on this occasion, remained supine throughout.