For the past few weeks, the Doctor has been circumnavigating the globe. Cardiff, London, Seoul, Sydney, New York, Mexico City, and wrapping up last night in Rio de Janeiro, Peter Capaldi is (literally) being introduced to the world in advance of his debut as the Twelfth Doctor. (Or wait, did we start over with the counting? How does John Hurt factor in again?) Capaldi’s first episode, “Deep Breath”, is getting a film-premiere-style event in Leicester Square on Saturday, which will be simulcast in hundreds of theatres around the world. The rest of us will watch it on plain old BBC One – or your local affiliate, in whatever country you live in. The world tour reflects the truly global reach of today’s Doctor Who, a show that now holds the record for “largest ever simulcast of a TV drama”, after 94 countries aired the 50th anniversary special at the same exact time last November.

If you follow Doctor Who on social media – and I cannot recommend their joyful and incredibly fan-positive Tumblr highly enough – then you’ve seen slices of the world tour: Capaldi and Jenna Coleman in increasingly sharp outfits, strange-looking lost-in-translation moments onstage (Capaldi doing a very shy version of the twist in South Korea; Capaldi holding a sombrero in Mexico), and, most importantly, endless queues of fans. Sonic screwdrivers and fezzes, long brown coats and rainbow scarves, Weeping Angels and Cybermen and TARDIS dresses that never fail to inspire my deepest envy – we saw pictures of crowds around the world all looking pretty much the same, united by their love of a single thing: a British cultural institution, half a century old now, but with the potential for endless regeneration.

It was a funny fact that a few years back, the BBC’s biggest foreign export was not the World Service, as one might have guessed (and hoped). It was Top Gear, with an estimated global audience of 350 million – and despite the local versions licensed and produced in dozens of countries, people around the world still seemed to prefer three ageing, dumpy Englishmen who thrive on bullying and cheap shots, a trio and about whom you can spend the whole episode guessing, “Just how racist/homophobic/misogynistic/xenophobic/deeply problematic is he really?” (I’m sorry, James! You are the lesser of three evils and I’ve always liked you best.) 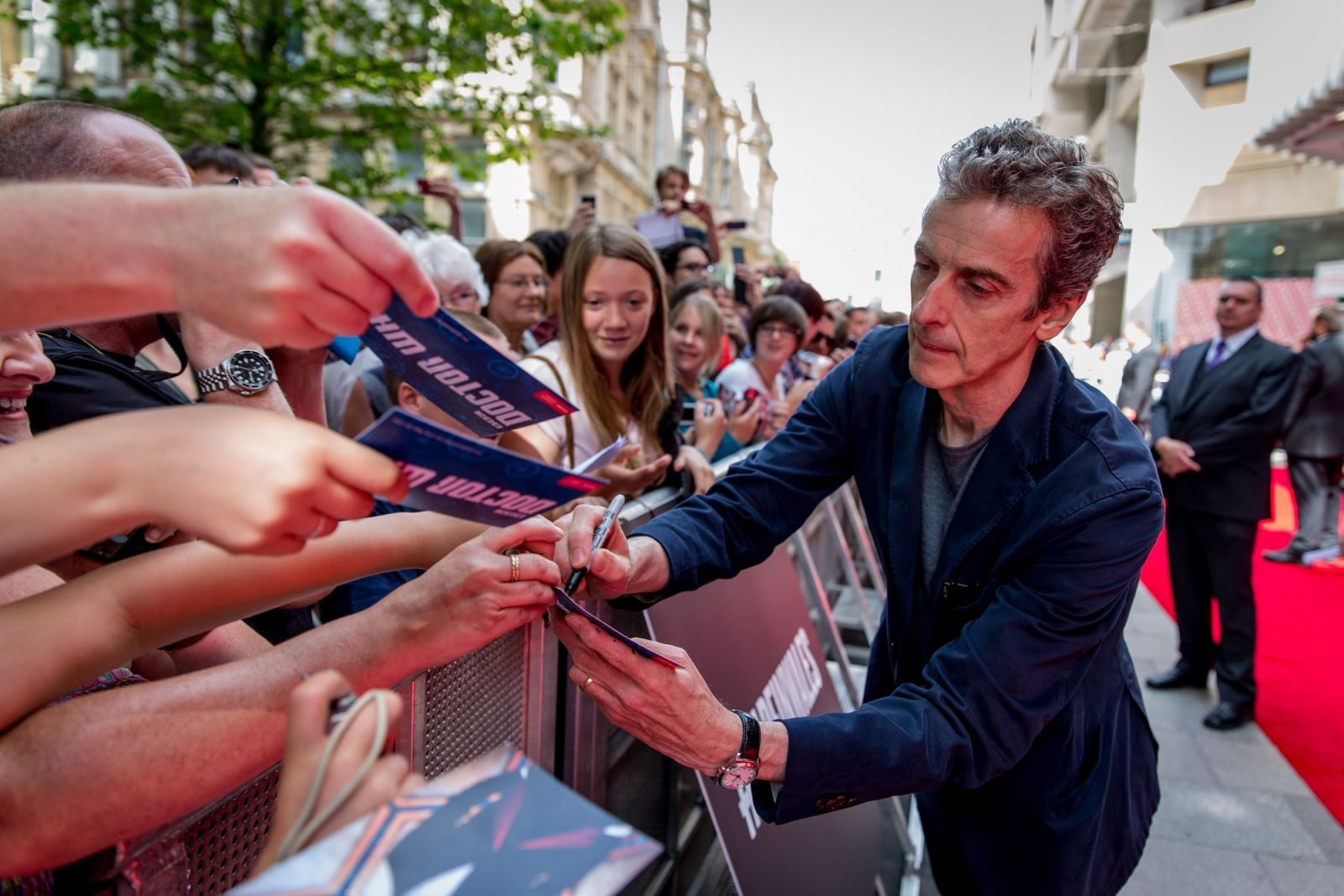 Peter Capaldi in Cardiff on the first leg of the Doctor Who World Tour. Photo: BBC/Guy Levy

I was one of those foreign Top Gear viewers: watching it in long marathons on BBC America with friends, laughing as they regularly poked fun at themselves, I was largely unaware of the way the show was perceived in Britain until the Mexican fiasco – which was removed from the American broadcast, by the way – and the resulting backlash that trickled across the Atlantic. The paradox of Top Gear as a global phenomenon still puzzles me: to export the idea that general mean-spiritedness and casual, indiscriminate racism is some sort of hallmark of British humour – “But we take the piss out of everyone! That’s just how it’s done,” the BBC meekly protested after those abhorrent comments about Mexico – is a depressing concept at best.

Flash forward to 2014, and to a recent BBC Worldwide report that names Sherlock and Doctor Who as the broadcaster’s biggest exports of the past year. That worldwide simulcast of “The Day of the Doctor” – which aired in the evening here, so the middle of the night for points east and in the morning for points west – was a revolutionary moment in television history, a sign that in the era of immediacy, piracy isn’t the only option for an international audience. And Sherlock has been licensed to 224 territories worldwide; while the BBC were celebrating the record-breaking domestic audience of more than twelve million for “The Empty Hearse” in January, Chinese viewers were clocking five times as many views over the first two weeks alone.

But while both Doctor Who and Sherlock – and I see the James Bond franchise tossed onto this list a lot, too – are longstanding British cultural entities, I think that Doctor Who is unique among them. It’s not a set of oft-adapted characters, but a single show – the longest-running science fiction show in the world – about, ostensibly, the same single character. It’s pointless for me to patiently explain here, in a British publication, that everyone from 1963 onwards has “their Doctor”, many of them wrapped up with specific moments of childhood – but I have to say that as a foreigner, this is one of the most fascinating elements of the show in its original cultural context. I have a Doctor, too: Ten. I love his endless, useless apologies and the way he bounces around – but not too much. I love Rose and Donna and I especially love Martha Jones. But I came to Doctor Who through Torchwood (yeah I know, I’m sorry), via other fans of other things on LiveJournal and Netflix streaming and all the conventions of modern global fandom. I’ve never been hugely into sci-fi, so while plenty of Americans surely can, I can’t remember even having heard of the Doctor prior to five years ago. In the US, despite stellar cable ratings that go up with every regeneration, it’s still referred to as something like “that cult British sci-fi show”. 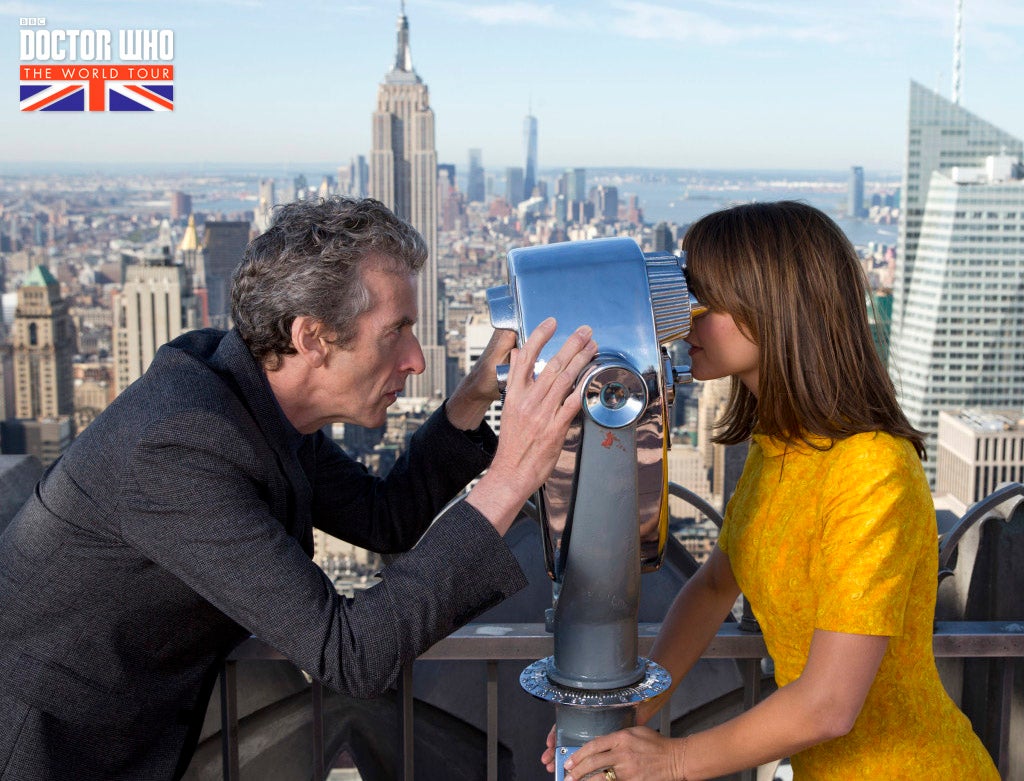 The Doctor Who World Tour in New York

The question of any cultural product and its relationship to national character can get very tedious very quickly. I doubt you want me to start hashing out, “Just how American is Captain America?” (…very?) But when culture is being exported and consumed by wildly diverse audiences, the question gets a bit more interesting. If the message of Top Gear as a massive cultural export was, “We’re the fools – but actually you’re the fools. Never mind, look at these stupidly expensive cars,” what’s the message of global Who? The British government thinks of its cultural exports as prime opportunities for soft-power diplomacy: with the recent news that the BBC was talking with the North Korean government about exporting programming, someone at the Foreign and Commonwealth Office told the Sunday Times, “I have always believed that what brought down the Berlin Wall was not highbrow diplomacy but Dallas and Dynasty.”

Steven Moffat seems convinced that his shows are thriving in good part due to their national character. In advance of the 50th anniversary, he told the Guardian, “If you want to sell a show to the world, make it as British as you can.” Two months ago, he followed up:

When you’re exporting a show around the world, do you worry about how to appeal to other cultures? And I think the way to appeal to other cultures is to be your own culture, just to be yourself. And Americans like British shows. If they elect to watch a British show, they want it to be terribly British…The Britishness of Doctor Who is sort of irrelevant to Doctor Who because it takes place in all of time and space. Whatever is fundamentally British about that mad show, it’s just leaking onto the screen from the people that make it. It’s not a calculated thing. I’d have to concede that there’s something incredibly British about Doctor Who, but I couldn’t necessarily say what it is.”

It’s all a little vague – and certainly up for debate. Over dinner with an English friend last night, she confessed she’s found the recent iterations of Doctor Who to feel less and less British – but then, she acknowledged, the question of what that even means, in broader culture, is always shifting, particularly in the past few decades. And then there’s the question of Steven Moffat: as someone who spends a whole lot of time on Tumblr, I can tell you that his choices, in front of and behind the camera, aren’t winning him legions of progressive fans. Casting choices aside, the fact remains that no female writers have penned an episode since Moffat took the helm five years ago (a woman will – finally! – direct this series’ two-part finale, though). And Russell T Davies’ subtle (and not so subtle) efforts at diversity and inclusion have been largely absent in the Eleven era, cast aside in favor of big, twisty plotlines (most of which I enjoy and think make perfect sense, but I know I’m not always in the majority here).

But whatever you think of Moffat, it’s perhaps reassuring to know that he doesn’t really plan to warp the show to suit the global audience. Unlike the big American movie studios: take, for example, this recent NPR report on Transformers 4, a film I was warned off by everyone and their mother, which pandered to Chinese audiences – and the central government – in ways that no one seemed to find particularly entertaining. With BBC exports, the common worry seems to be that the United States will ruin things (a fair concern. Remember: I was a Torchwood fan) with clunky, watered-down remakes or some sort of demand for the sort of “Britishness” we’ve come to expect, something with butlers and tea and I’m not taking a shot at Downton, I swear. 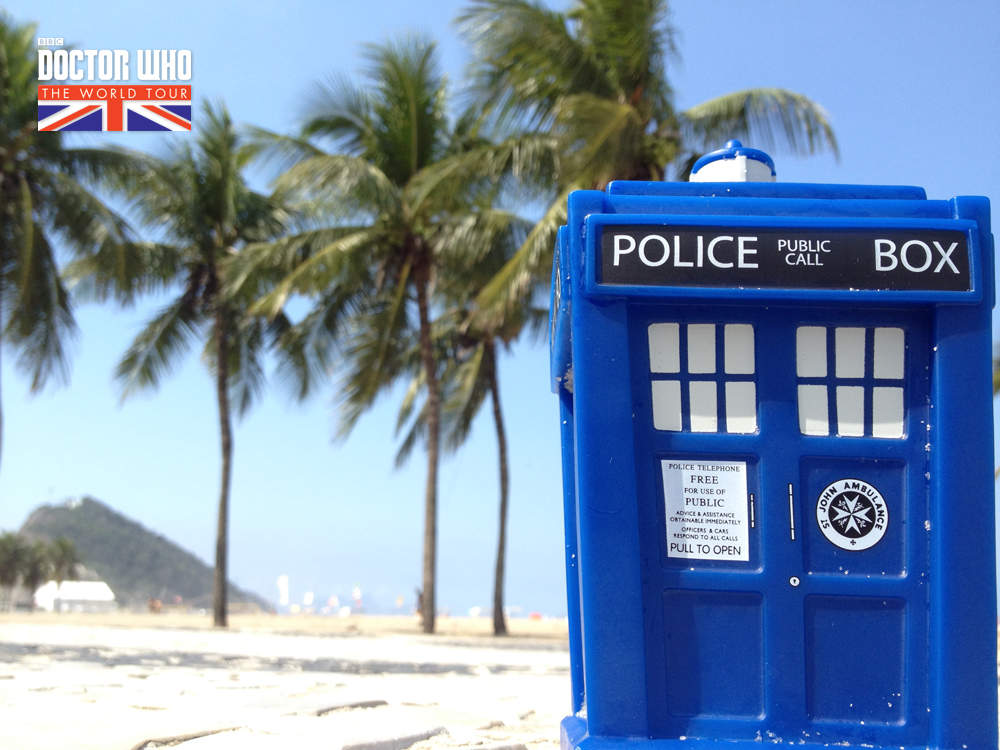 There will likely be the sense that with millions more fans around the globe, something integral to Doctor Who’s origins will be lost. But then, maybe not: one thing that I find pretty remarkable about the show is how it can work on a number of levels at once. Caitlin Moran once wrote that, “In a world where very little is a surprise, and everything is viewed with cynicism, Doctor Who is a genuine rarity. It represents one of the very few areas where adults become as unashamedly enthusiastic as children. It’s where children first experience the thrills and fears of adults, and where we never know the exact ending in advance.” And one of the great things about fandom (I acknowledge here that quoting Moran and writing positively about fans in the same paragraph is deeply ironic) is how personal it can be: if a show is working on many levels, perhaps it can work for everyone at once, in some small way.

Whatever you think of the current incarnation of Doctor Who, perhaps the greatest gift to the world is that, at its heart, the Doctor is a pacifist. He doesn’t just choose non-violence: he actively champions it. You can turn to Moffat, who’s spoken eloquently on this:

Or perhaps you’d rather turn to Craig Ferguson, who was (amazingly) in a Glasgow punk band with Peter Capaldi in their youth. On a 2010 episode of his American late-night show, Ferguson opened with a kind of insane musical tribute to Doctor Who, ostensibly to introduce the show to an American audience before interviewing a very young Matt Smith. I highly recommend the whole thing, but perhaps these lyrics sum it up best:

When the news each day grows ever darker, those seem like the sort of values that any nation would be happy to export.