I think it was Caroline Quentin’s earrings that first got me hooked on Jonathan Creek. They were massive, naturally, and in the best tradition of late Nineties accessories, seemed to bear little or no relation to the outfit she happened to be wearing. The fact that her character, Maddy Magellan, was a fast-talking investigative journalist who liked to stop for meals at regular intervals only increased my enthusiasm for the programme. Creek himself (played by Alan Davies) – a magician’s technician who lived in a windmill, wore duffel coats constantly and solved crimes with a mixture of smugness, sarcasm and sleight-of-hand – held far less interest for me.

Of course it was silly. That was the whole point. The excruciatingly contrived plots, the unconvincing costumes, the pun-laden dialogue – they were all part of its charm. Its ridiculousness was never a barrier to its success. Lest we forget, the show won the Bafta for Best Drama Series in 1998. (Ah, 1998, TV’s misty past, when True Detective wasn’t even a glint in HBO’s eye and Matthew McConaughey was just some guy who had been in a terrible sequel to Texas Chainsaw Massacre.) As much as I enjoy being able to watch all of House of Cards whenever I want, wherever I am, I do have very special memories of bellowing upstairs for my sister to “come down here NOW!” as the strains of Saint-Saëns’s “Danse macabre” signalled the start of a new episode. 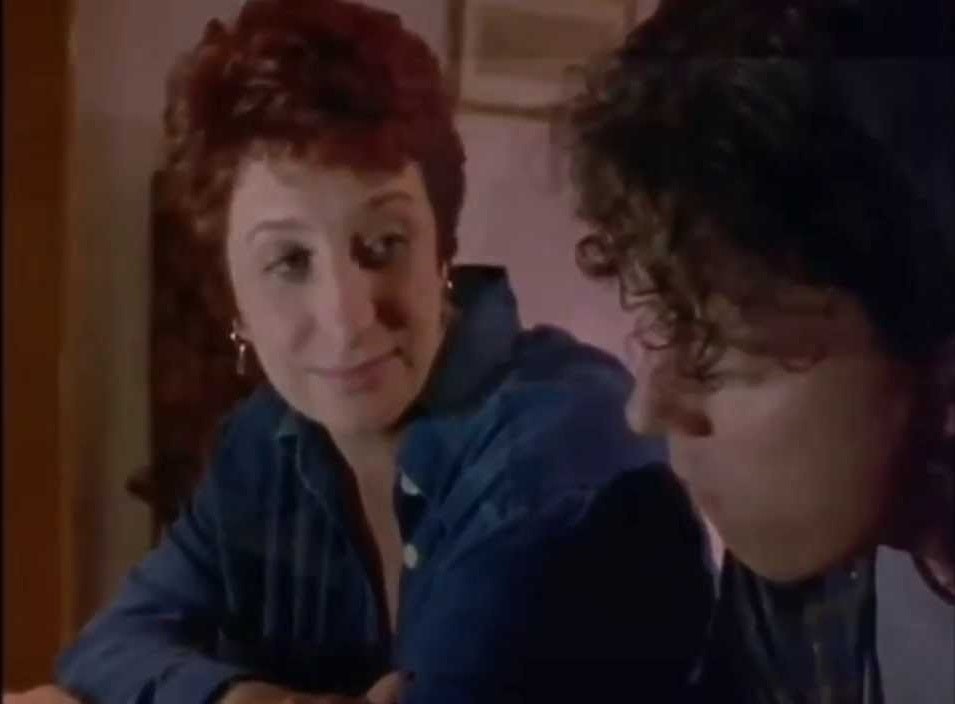 The first three series of Jonathan Creek, before Caroline Quentin quit to be in, among other things, the appalling BBC sitcom Life of Riley, were a happy time. Quentin and Davies had an odd sort of chemistry that enhanced, rather than detracted from, the bizarre plots, and which writer David Renwick was happy to explore with lots of scenes that required them to crouch close together in dark spaces. They even finally got it on shortly before Quentin hung up those earrings for the last time, but reassuringly it didn’t work out – “it’s like sleeping with your uncle”, Maddy declared. 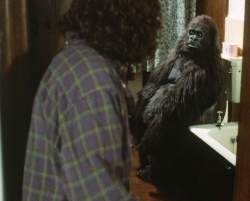 But oh, those plots. Do you remember the one about woman called “Zola Zbzewski”, who had had an enormous amount of plastic surgery, then contrived to end up dead in a new wardrobe in Maddy’s flat? Or the one where “Lenny Spearfish” sells his soul to the devil? Or perhaps you recall the one where an artist’s model shoots her lover using only her feet, and is found out only after she’s enjoyed a romantic meal of poussin with a magician, played by Anthony Stewart Head? Hands down the best one, though, was “The House of Monkeys”, where a man in an unconvincing gorilla costume roamed a country manor (above), and the master of the house was seemingly impaled on his own samurai sword after an accidentally fatal LSD trip. I’m not kidding.

Aside from the crime theme and the Holmes/Watson-esque dynamic of Jonathan Creek and his parade of assistants (Julia Sawalha, Sheridan Smith and now Sarah Alexander followed Caroline Quentin in the role of female sidekick), Jonathan Creek would appear to have very little in common with detective-drama-of-the-moment Sherlock. The latter is all zeitgeisty slickness, with on-screen word clouds visualising Benedict Cumberbatch’s deductions. It’s written in such a way to suggest that the viewer is supposed to swallow the blatant absurdities of the plot as somehow plausible. Sherlock is still great TV, but for its endearing habit of comfortably acknowledging and even revelling in its own silliness, Jonathan Creek comes out on top.

Jonathan Creek returns tonight for the first of a three-part fifth series, nearly 17 years after the first series began. The list of actors who have guest starred on it is a great record of the trends in British television over the past few decades: Annette Crosbie, Bob Monkhouse, Amanda Holden, Rik Mayall, Sanjeev Bhaskar, Griff Rhys Jones, Maxine Peake, Rebecca Front, Bill Bailey, Tamsin Grieg – they’re all there. It’s endured in a way that almost no other BBC drama of the time, and that’s for a very good reason. Jonathan Creek is reassuring, bizarre, grumpy and riveting all at the same time, and there’s really not much more that you can ask from a TV programme. Long may it continue.