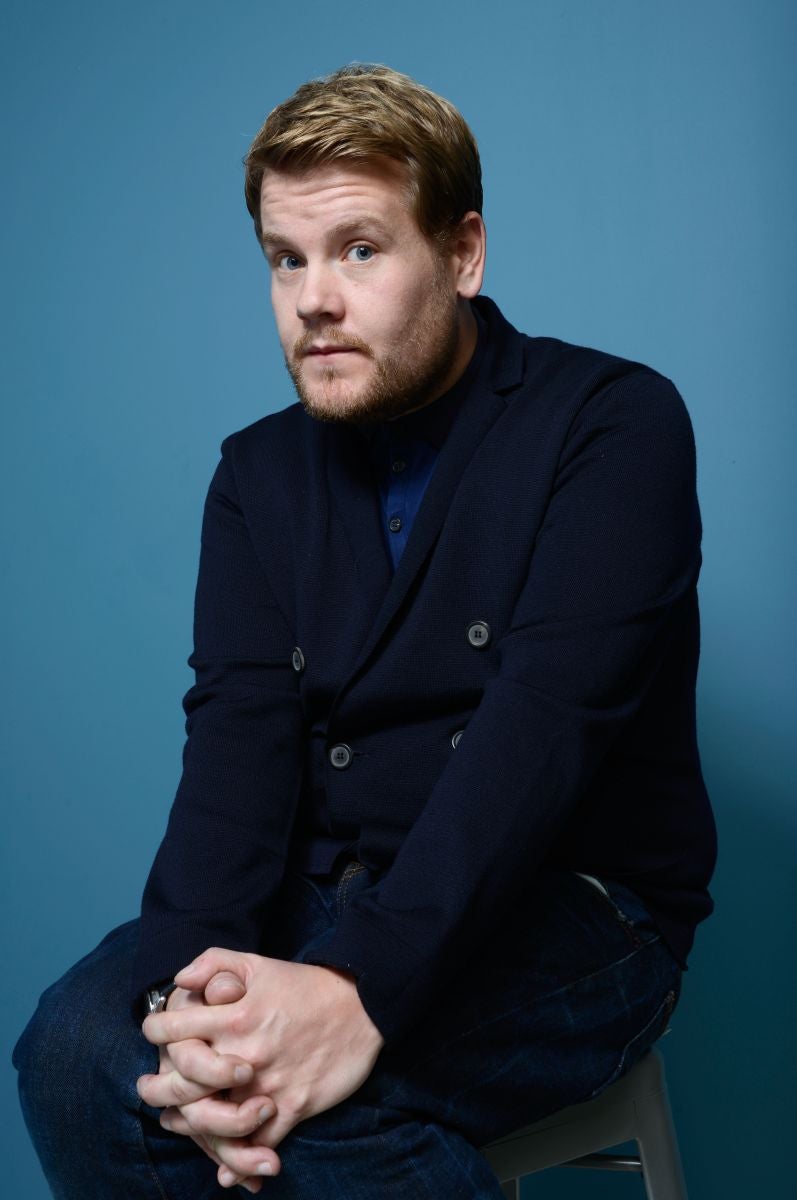 Can James Corden do it all over again? Image: Getty
What makes good television, in the end, often comes down to tone. Everything can be in place –writer, plot, cast, production values – but if the tone of the thing is uneven, careering all over the place like a girl in heels who’s had one too many negronis, then it’s probably sunk from the off.
The irony is that more and more television writers lately are turning out these weird hybrids – comedy dramas, mainly –which by their nature are almost certain to be uneven. Why? I’m baffled by it. When I’m crying, I don’t particularly want someone to tickle my chin and when I’m doubled up with laughter, I’d rather not have a bucket of freezing cold water chucked all over me.
The Wrong Mans (Tuesdays, 9pm) – awful title klaxon – is just such a hybrid: it’s a comedy thriller in six half-hour episodes by Mat Baynton and James Corden (Baynton was Deano in Gavin and Stacey but is probably best known, though not by me, as one of the stars of the children’s programme Horrible Histories).
I didn’t hate it – Baynton and Corden are good comedians and they’ve written themselves some funny lines – but all the same, I’m not sure that it quite works. Thirty minutes seems too short a time to accommodate both the tropes of a thriller and a tonne of jokes. I think they should have given themselves an hour, the better that the audience might get its ear in.
Sam (Baynton) and Phil (Corden) are employed by Berkshire County Council. Sam is a “town-planning and noise-guidance adviser”; Phil takes care of the office mail. They are both losers but this doesn’t make them friends, because if there’s one thing the self-respecting loser knows, it’s to stay away from blokes even more pathetic than himself.
Phil, who is lonely and a bit deluded, is always trying to be matey with Sam – when he drops off his post, he forces Sam to do the exploding fist bump –but Sam is resistant to his moves, refusing, like everyone else in the office, to sign up for any of the outings that he organises (paintballing, go-karting, curry club).
Sam, however, is increasingly vulnerable in the loser stakes. His girlfriend, Lizzie (Sarah Solemani), has dumped him and he is shortly to become embroiled with a bunch of Very Nasty People, having picked up a stray mobile at the scene of a car crash he witnessed. Phil, grasping all this, is about to seize the moment.
I liked the small things in this series: the way Phil’s pen is attached to his mail trolley, so that he ends up dragging it (the trolley, I mean) halfway up a wall when he adds Sam’s name to his go-karting list. I laughed out loud when, under pressure in a meeting, Sam came up with the slogan: “If you like James Cracknell, you’ll love . . . Bracknell.” But Phil’s phoney macho act – he’s a softie who still lives with his mum but he knows the script of the movie Fight Club by heart – is wearying after a while.
It’s a nice touch that he makes his own sushi, rolling it carefully in the mail room with one of those sheets of bamboo, and I did snigger when he said: “You know that what danger doesn’t do is call ahead . . . unless it’s the IRA.” I still had a weird feeling that Corden was playing a version of himself and it left me feeling slightly ripped off.
The series looks wonderful, expensive and moody and there are several amazing cameos in it (David Harewood, late of Homeland, appeared for a few bewildering seconds). All this just seemed rather wasteful in the circumstances: the script somehow doesn’t live up to it.
Will The Wrong Mans erase the memory of the ill-fated sketch show Corden made with Mathew Horne, another Gavin and Stacey alumnus? (Before I sat down to write this, I looked up my review of it – “as funny and as puerile as a sixth-form review, only without the benefit of in-jokes about your chemistry teacher’s BO” – and winced all over again.) I’m not sure. He probably does need a hit if he’s to be commissioned again. Then again, Corden has proved himself in so many other realms – onstage, in the right role, he is a genius – that it hardly matters if he isn’t able to turn out TV comedies the way a baker turns out warm loaves.