In the penultimate episode of Breaking Bad, the photographic palette has shifted from the pine interiors, yellow sands and cloudless blue skies of New Mexico to the sodden browns, dotted whites and stony greys of the “Granite State”: New Hampshire. The change in colour says a great deal about the function of the episode. Walter is a fugitive, visibly emaciated by the cancer darkening his lungs, who by the end of the episode has been living in a cabin for at least two months. After the breakneck pacing of “Ozymandias”, life, for Walter at least, has reduced with the temperature to a wheezing thaw. There is a great deal of waiting in this episode: for Walter’s deliverance, for chemotherapy, for the DEA’s next move. The pure whiteness of the snowy lane that leads up to Walter’s compound only adds to the second-to-last episode’s purgatorial feel.

We are treated (surely?) to our last scenes with Saul Goodman. Walter’s former lawyer speaks on our behalf when he delightedly notes that his “extractor” Ed (Robert Forster) does indeed run a business selling suction-based cleaning products: Best Quality Vacuum. “I figured the vacuum repair was a term of art!” Goodman dozily exclaims. When we first see Walter, it is on a colourless TV screen. He stomps up and down the stone-walled holding pen where Ed’s clients wait to be reborn into their new lives, whacking the light fixture above him like an animal in captivity. When they are reunited, Saul advises Walt to hand himself in, but Walt has other plans: he wants to kill Jack and his Nazi buddies, and get the money back for his family (or to satisfy his ego – the two have become light and dark shades of the same project). “Then and only then am I through,” he says, before lapsing into a coughing fit – our signal that his illness is advancing. Meanwhile Todd Alquist convinces his uncle not to kill Jesse in exchange for mo’ money and the ever-logical Lydia’s attention. “The heart wants what it wants,” Jack concludes, feeling a little more stoical than usual. 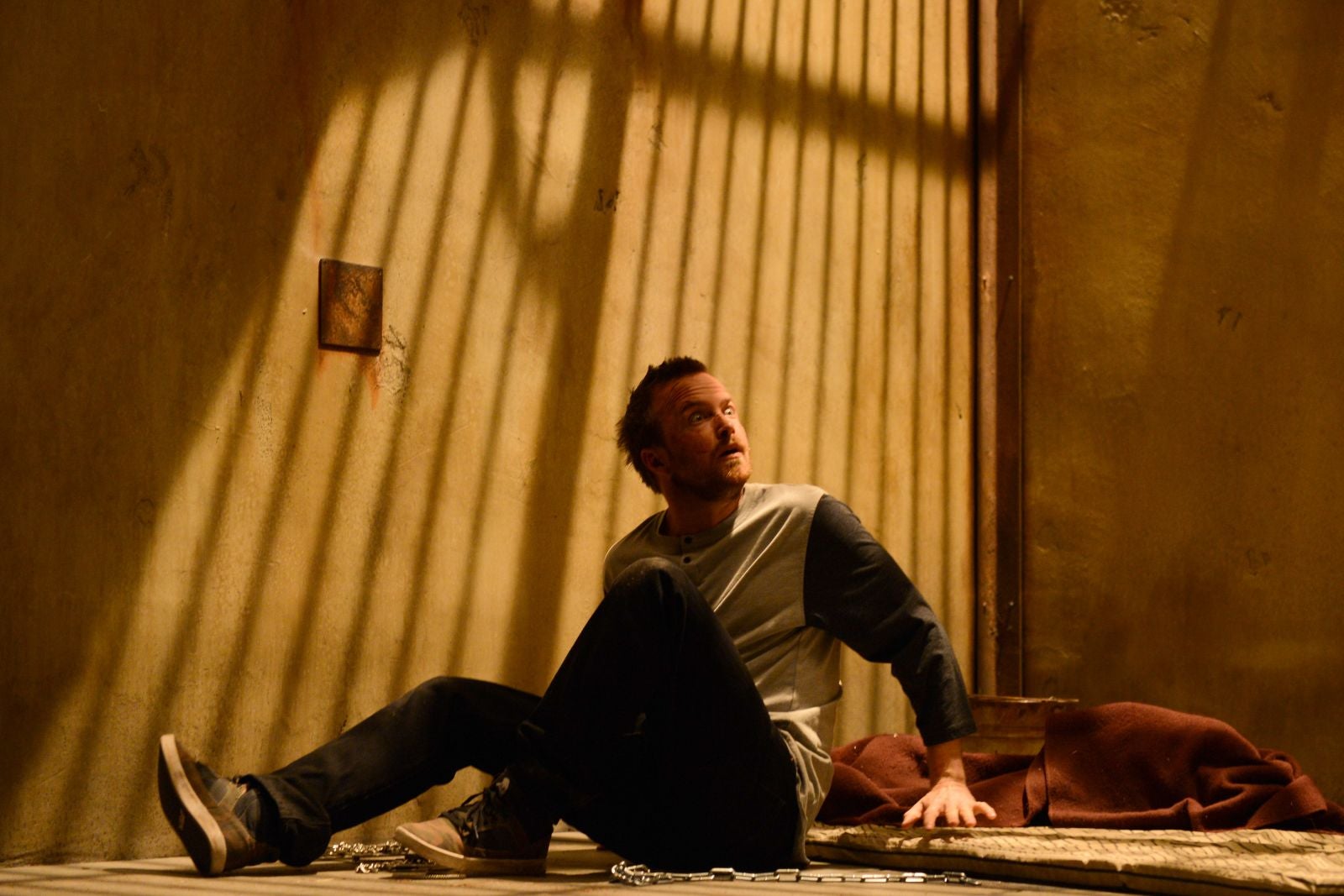 The BBC’s The Coming Storm uncovers the origins of QAnon

Way down in the hole: Jesse Pinkman. Photograph: Ursula Coyote/AMC.

Todd and Lydia sit back to back and discuss the 96 per cent purity Todd has been producing with Pinkman’s help, following a genuinely horrifying scene in which the Nazis, clad in black balaclavas, break into the White household and threaten Skyler not to talk to the authorities about Lydia. Once again we see that Walter has been unable to protect his family: the house has been violated, his surrogate son Jesse is captive in a hole in the ground, and soon Walter Jr will refuse to accept his father’s money even when he offers it. I like the idea that Todd has become Walt’s unwanted child, with Lydia as his deadly bride: they make a “good team”, assuming that cold, rational and effortlessly calculating are the qualities that make an ideal couple. Perhaps they will succeed in the marketplace where Walter failed – though, as with the Nazis, whose destruction may well provide the only solace in what is shaping up to be a pretty grim finale, I rather hope not.

“Mr Lambert” is living in a Thoreauvian cabin on an Indian reservation in New Hampshire. His only visitor is Ed, who brings him newspapers from Alburquerque and whom he pays $10,000 to sit and play cards with him for an hour. This is torture for Walt: in many senses it is as if he is already dead and is being forced to look over life as he left it (Sklyer is working part-time at a taxi dispatch office, leaving baby Holly with the neighbour and Finn with his pal Louis). Heisenberg appears to have retired, leaving the dying Walter White to his fate. When Walter dons his pork pie hat and heads out for a ramble, he doesn’t venture beyond the compound gate. It is only after he is rejected by his son, takes Saul’s advice to give himself in, and just so happens to catch Gretchen and Elliot Schwartz on Charlie Rose (I used to find it exciting when famous TV presenters popped up in the fictional universe, now it seems a little over-done). Rose accuses them of attempting to purify themselves of Walt’s influence on their company Grey Matter Technologies by investing in drug abuse treatment centres in the south west. As we well know, nothing stirs Walt’s envy better than others taking credit for his work (recall him telling Hank that Gale Boetticher’s operation was that of a mere “amateur”), and he disappears before local police arrive to raid the bar. 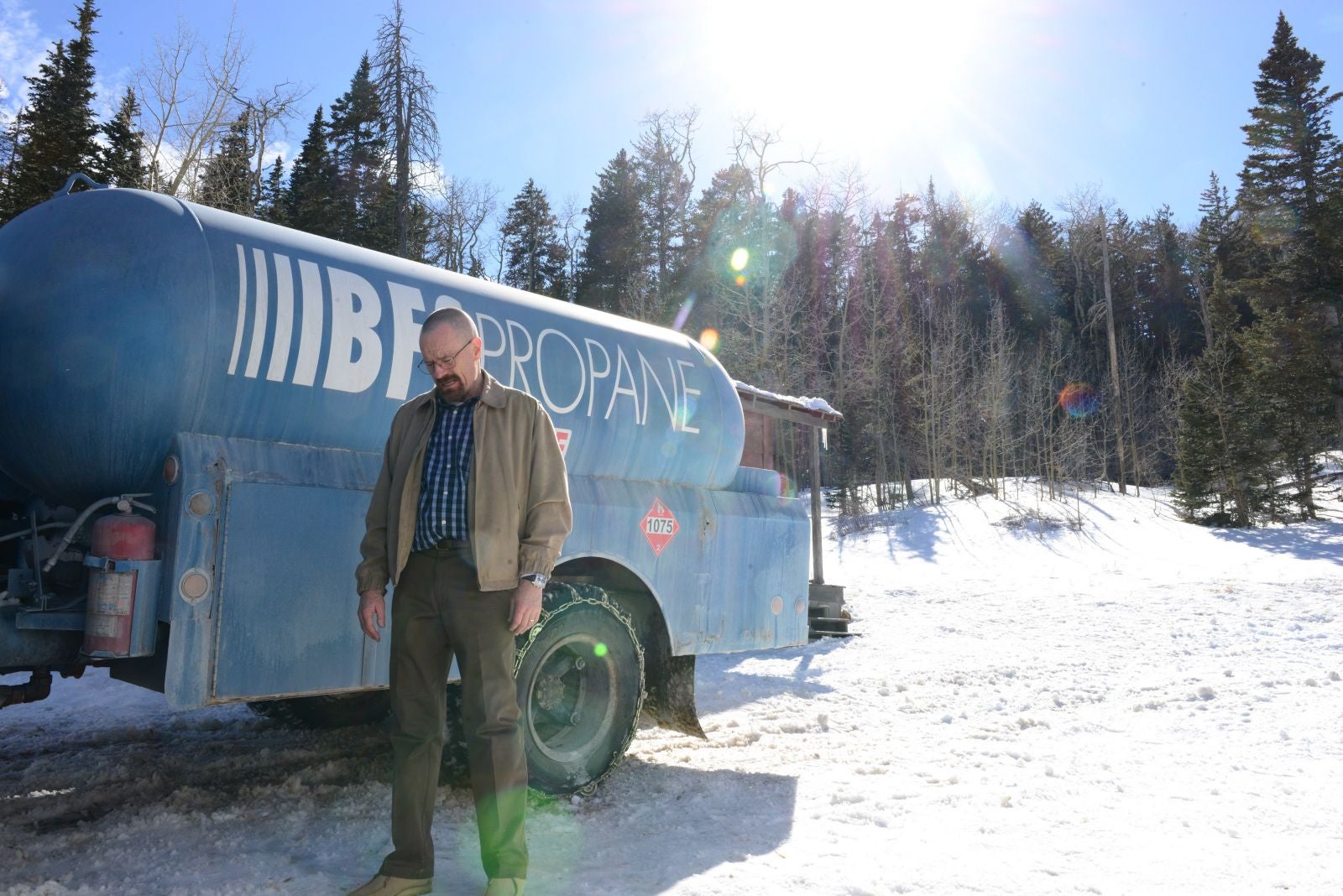 Last week I received some heat in the comments for seeing malice in Walt’s now infamous phone call. The Huffington Post’s TV critic Mo Ryan wrote brilliantly that while the phone call was intended to get Skyler off the hook (another Pyrrhic victory there), nothing Walt says is ever straightforward, as was made clear in this week’s episode when he began howling about his family and his money. Surely his “family”, by now, is synonymous with his Heisenbergian empire? Emily Nussbaum has a thesis about “bad fans”: those who refuse to accept Walter’s guilt, and project all evil onto Skyler and others. I think it’s perfectly possible to see some light in Walter – if, for no other reason than Bryan Cranston is just so engaging onscreen. Cranston himself, in Tad Friend’s profile of him for the New Yorker, said that while Gilligan had long given up on Walt, he felt he could only continue by maintaining some sympathy with the character to the very end.

In the last couple of episodes we have seen Jesse beaten, enslaved and now, forced to endure the Mafioso-style execution of Andrea, the second woman he has loved and lost. “Remember, there’s still the kid,” Jack warns him. It is impossible not to pity Jesse (and Andrea, and Brock) in this scene. It is clear that if Walter is teetering on the edge of the abyss, Jesse is already in hell. The narratological stars are aligning for a Jesse survival, but who really can tell? Ross Douthat has listed a good number of reasons why he underserving of our sympathies. When asked about the final episode of Breaking Bad, “Felina”, after the Emmys on Sunday evening, Anna Gunn said: “It’s mind-blowing. I think people will be frozen in their chairs staring at the TV after. It’s apocalyptical.” Judgement, it seems, is nigh.