There’s a scene in the third season of medical drama Grey’s Anatomy in which Cristina Yang (Sandra Oh) explains to her boyfriend Preston Burke (Isaiah Washington) that she has to tell her best friend Meredith Grey (Ellen Pompeo) about their recent engagement before informing the world at large. “This is about Meredith?” her new fiancé asks incredulously. “She’s my person!” Yang snaps back.

The ‘my person’ theme is one that the series always comes back to when exploring the Yang/Grey dynamic: trotted out for season-length arcs that cover parenthood, divorce, pregnancy, abortion, bereavement and emigration. It sounds cheesy as hell. More importantly, it should be cheesy as hell. Instead, it is life-affirming and largely realistic, as fine a depiction of female friendship as you are ever to find on the small screen. As often as I wish Grey’s Anatomy would die a gentle, network-assisted death, I never, ever want to see the end of Cristina and Meredith – they are the Platonic Ideal.

I was reminded of their near-mythical status when watching clips of the Golden Globes ceremony earlier this week. It was hosted by Amy Poehler and Tina Fey, a well-established double act from even before their famous Saturday Night Live partnership (they met at the famous imrov troupe, Second City, which boasts alumni such as Dan Aykroyd and Stephen Colbert). Poehler and Fey’s time on the Weekend Update segment – the first ever all-female hosts – was a (highly successful) joy and their noticeable ease with one another when performing owes as much to their improv training as to their friendship. 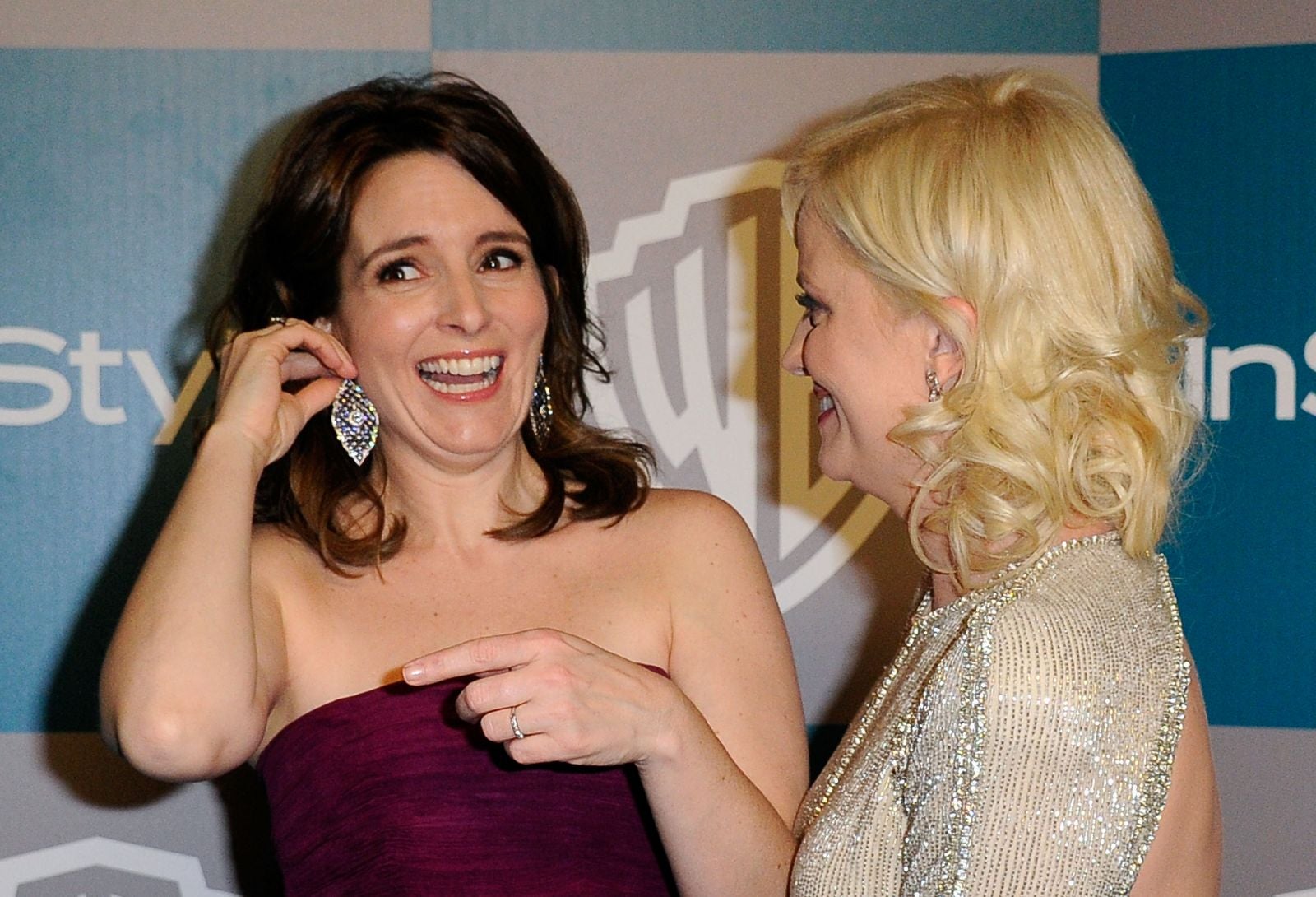 Female friendships in popular culture come in all shapes and guises. For the longest time, they were portrayed almost exclusively as bloodletting exercises in one-upmanship – women seemed to exist purely to vie for existing resources, be they men, that aspirational high-flying job or calorie-light nutrition. The trope of the competitive and jealous female friendship abounds in culture, encouraged by tales of celebrity ‘catfights’ (never just a regular disagreement when it’s two or more women) or terse riders designed to showcase a rival’s (like ‘infernos’ and ‘love rats’, it’s always a ‘rival’!) inferiority.

To an extent, these ideas are still around: observe the breathless ‘sources’ who claim that Beyoncé has no time for Kim Kardashian, a woman who (probably) exists only on the periphery of her social circle…  Thankfully though, from Girls (Sky Atlantic) and Some Girls (BBC3) to Scott and Bailey (ITV1) and Getting On (BBC Four) realistically portrayed female friendships are in fine form on the telly at the moment.

Around the same time as the much-vaunted Sex and the City, Joss Whedon was putting out some equally superior content for the female friendship canon with Buffy Summers and Willow Rosenberg in Buffy the Vampire Slayer. Theirs was far less glamorous than Carrie-and the-other-three, what with hellmouths and burgeoning evil behind every door. But peel back the layers of demonic activity and teenage worries and you find a great relationship, one that weathers high school where petty jealousies are the order of the day, a love triangle between the girls and their male friend Xander (Willow and Xander’s friendship is worthy of its own essay, to be frank), a discovery of a new sexuality, love lost and found and lost again tragically and even the death of one protagonist. 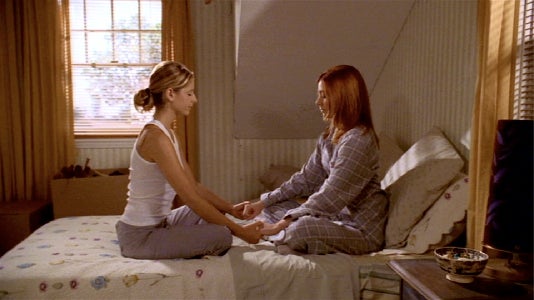 Even less explored is the friendship between Joan Clayton (Tracee Ellis Ross) and Toni Childs (Jill Marie Jones) in Girlfriends, a rare sitcom with four black female leads, which ran from 2000 to 2008, and received the not entirely welcome subtitle ‘Sex and the City for black people’. Joan and Toni had a remarkable, life-defining friendship: long-term and rife with the very real, very damaging problems that come with knowing someone so comprehensively. It was easily the most important relationship in each woman’s life, more so than any fleeting heterosexual romances. Long before Cristina and Meredith, Joan and Toni were each other’s ‘person’, and they were bloody marvellous.

More recently, the friendship between Ann Perkins (Rashida Jones) and Leslie Knope (Amy Poehler) in Parks And Recreation has been a heart-warming thing in a show with no shortage of heart-warming moments. Their seeming incompatibility is acknowledged sweetly and knowingly (“Oh, Ann. You beautiful, naive, sophisticated newborn baby,” Leslie sighs early in Season 3), but it never feels like a sitcom machination.

Just like in real life, the show demonstrates that our friends don’t always look obvious – but that does not negate their importance. This is also done beautifully in The Vicar of Dibley, with Geraldine and Alice,; in Birds of a Feather, with Dorian and the Rackham sisters; and very recently, Fresh Meat – Vod and Oregon’s Odd Couple friendship is superb. My favourite friendship of the many web series suddenly out there on YouTube remains that between J and Cece (The Misadventures of Awkward Black Girl), two socially inept women of colour navigating a world that usually doesn’t have time for their brand of quirk.

Of course, we don’t necessarily watch female protagonists for their friendships, and it is often not even the most compelling parts of their character arcs: Birgitte Nyborg is doing fine sans obvious gal pals in Borgen (BBC Four), as is Olivia Pope in More4’s Scandal. But I watch a lot of television and it seems to me that these ‘good’ friendships are on the up.

‘Good’ here does not necessarily denote ‘exclusively positive’ – whatever that may mean. No, these friendships often show undesirable qualities in otherwise excellent heroines. But that’s the beauty of them. We recognise – and telly continues to confirm – that women and their relationships have the capacity to be rich and multifarious. I may not have the Kalinda Sharma/Alicia Florrick dynamic on The Good Wife going on in my daily life (my God, imagine!), but I can appreciate its complexity and nuance all the same.

I think it’s great that somehow, in between all the layers of low- and high-level misogyny we internalise via the many screens in our lives, each new generation of viewers is still managing to find popular cultures reference points around which to frame their friendships.