I was reading Evelyn Waugh’s first travel book, Labels, which for some inexplicable reason I had never got round to before, and I was barely a couple of pages in when he mentioned the Mediterranean seaboard. I was hit with a hammer-blow of longing to travel there, anywhere along there really, to sit in my shirtsleeves at a harbour café, a plate of freshly grilled sardines and a chilled carafe of the local white in front of me, sky-blue fishing boats bobbing gently. You know, the works.

I suppose one reason for this longing is the cold weather. I don’t remember it ever being this chilly at this time of year. When I moved into my new flat last October I was worried that, come a summer heatwave, being on the second floor and having small windows might expose me to rising heat. (My previous flat had been in a basement, which actually meant that the temperature was consistent, like a cellar.)

So far, though, I have not had a chance to find out, and I write in bed, under the covers, so I don’t have to turn the heating on. It’s May, for crying out loud. I took a train journey the other day, all the way up north, a journey I used to do regularly when I lived in Scotland and had been on one of my rare and costly debauches in London. I’d often noticed how, in spring, it took so much longer for trees from Lincolnshire upward to come into leaf; now, there is hardly any difference in foliage between Sussex and County Durham.

[See also: I’ve never been a Dominic Cummings fan but right now he is giving the nation what it needs] 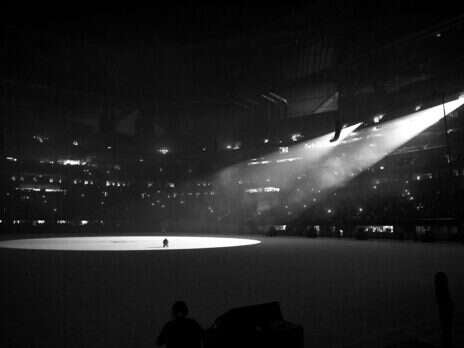 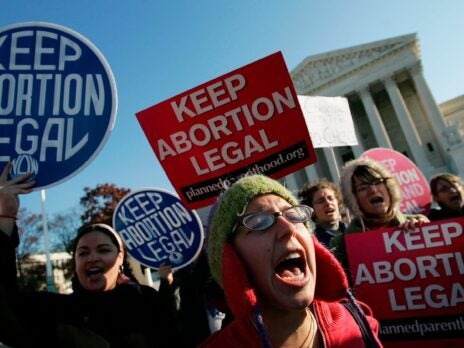 Douglas Kennedy’s Diary: The orchestra’s return, US abortion wars, and how to be a traveller in the time of Covid

It’s not just the weather, of course. We’ve all been stuck in our homes for a year now (although, for various reasons, I haven’t been as stuck as most), or if not stuck in our homes, certainly stuck in this country. I am trying to think of the last time I stayed in a place that spoke a different language. There was Paris, on the occasion of my mother’s 90th birthday, a somewhat fraught visit where I mislaid my debit card and had to borrow money off my brother, and then some more when I couldn’t pay my share of the bill at the Hôtel du Nord’s restaurant (“How can you be so broke? We both had the same upbringing”). Happy days.

I think the last time I went to a non-anglophone country was Latvia in 2017. That was a freebie, but it was in winter, and besides, I don’t speak any Latvian. I can speak French and get by in Italian if I brush it up, but even if I spoke Latvian fluently I think sitting in my shirt-sleeves eating grilled sardines by the docks in Riga in December wouldn’t quite cut it, pleasure-wise.

But the last time I was by the Mediterranean? I really can’t remember. When I was married and solvent, my wife and I would often holiday there; I would entertain quite realisable reveries about moving there, a fantasy of crumpled white linen suits and writing, all very Graham Greene-ish; and my dear friend Jenny had inherited her mother’s house in a Ligurian village near Sanremo; she offered us a place to stay whenever we wanted and then died swiftly and horribly of cancer.

[See also: I wonder if there is a right way to contemplate the success of someone who broke my heart]

Jonathan Meades was very happy with my review of his last book and says I must drop in to see him next time I’m in Marseilles (this is the first time I have made an author this welcoming in 36 years of book reviewing). My next time would actually be my first time, and I’ve been longing to visit for decades. I think the place would suit me.

Well, such is my pressing fantasy, for the moment at least. The problem is that it is not going to turn into reality anytime soon, not because of Covid restrictions, but because I am broke. As usual. Enough to scrape by until the end of the month, and that’s that. The south of Europe – or the north of Africa, or the Levant, or anywhere else – might as well be on the moon for all the chance I have of getting there. But I am sick of these cold, grey skies, of people who vote for Boris Johnson, of Boris Johnson.

I was made for warmer temperatures. The very word “lézarder” means “to bask”, and while it’s all very well doing so in a churchyard in Brighton, which is the last time I did that, last year, there is something about doing it in the country that coined the word, or one that is adjacent to that country, that makes the experience all the more pleasurable. (That I now live in a country which has made it much more difficult to settle down anywhere in Europe only rubs lemon juice into the wound.)

[See also: My rock and hard place: the price to pay for loving the pub is the price of going to the pub]