Heston Blumenthal was born in London in 1966. He is the proprietor of the Fat Duck in Berkshire, one of five UK restaurants with three Michelin stars. His inventions include the recipe for triple-cooked chips.

Watching the moon landing on TV at two or three years old. I would never have believed that one day my food, in tins, would go up into space on a rocket.

Joseph Campbell came up with the idea of the “hero’s journey”, a pattern that exists in the greatest stories of all time, from the Bible to Harry Potter. So I’m my own hero, as much as everyone else is their own.

Inner Engineering by the yogi Sadhguru. He’s like the modern-day Indian Jesus.

Leïla Slimani’s Q&A: “I smoke too much and I can’t stand it any more”

Uta Frith Q&A: “There is a fear of clever women” 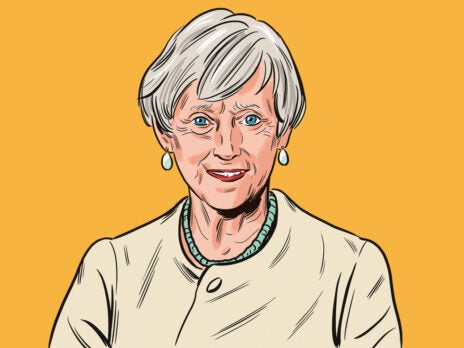 Stella Rimington Q&A: “In another life I’d be home secretary”

Anaximander, the ancient Greek philosopher, was the first person on record to look up at the sky and think, “Maybe the stars aren’t moving, maybe it’s the planet.” He wasn’t obviously political, but, like Isaac Newton or Charles Darwin, he had a following and generated the potential for change. That’s political to me.

The evolution of the senses and our relationship with the food we cook and eat. Why does the shape of a word change the perception of something that you eat while you look at it? How can the music that you listen to change the speed at which you eat?

I’d like to go back and meet Leonardo da Vinci because I haven’t found any evidence of his relationship with food. I’d like to ask him about that, but I don’t want to be stuck there. Maybe just for a weekend break.

I recently discovered See, about a tribe of people who have lost their sight. It’s a very clever idea, with lots of tapping going on. Having not watched TV in ten years, I got through six episodes in a week.

Vincent van Gogh. He wasn’t understood. In my career there have been times when I’ve tried to make myself understood and people have thought I am loopy mad.

A friend of mine sent me a T-shirt, and on the back of it are lyrics from “Don’t Stop Me Now” by Queen: “I’m travelling at the speed of light.” That’s me, but I need to learn to slow down in order to talk with more clarity. My brain works at a speed that other people’s don’t.

Not having a phone. I used to get really angry with my phone – I’ve thrown one in a pond, one in a river. But, as I’ve learnt from Plato, it’s my relationship with it rather than the object itself that is the problem.

In the future. I’ve had increasingly more moments of happiness, but I know I always have the potential to be happier.

If you don’t value death, then you can’t give value to life.