What’s your earliest memory?
I’m not sure my early memories are that real. I recall pulling a doorknob off in the hallway in an attempt to leave home, because I was walking away from salad and was never going back . . . Salad back then was limited and scary.

Who was your childhood hero?
I was fond of Captain Haddock. And impressed by Henry Dunant. My heroes were mainly in books. My adult heroes would be numerous. The Lakota (and other) folks resisting the Dakota Access Pipeline are amazing. Bill Nighy is quietly doing amazingnesses on behalf of others. The whole of Médecins sans Frontières – they’re extraordinary. Lots of people do amazing things but don’t get mentioned. We are constantly given the impression by politicians and the media that everyone else is a bastard. It’s not true.

What was the last book that made you envy the writer?
I don’t think that’s ever happened. I’m always happy to read a wonderful book. But I guess I have envied writers who have been to amazing places or lived in amazing times and been useful. Rebecca West, then, Chekhov, Robert Louis Stevenson.

What politician, past or present, do you look up to?
Nelson Mandela was very wise about a number of things. Václav Havel and Gandhi also. In the present, the mayor of Düsseldorf is pretty impressive. So is Nicola Sturgeon. They’re people you can stand to be in the same room with – which is unusual in politics. 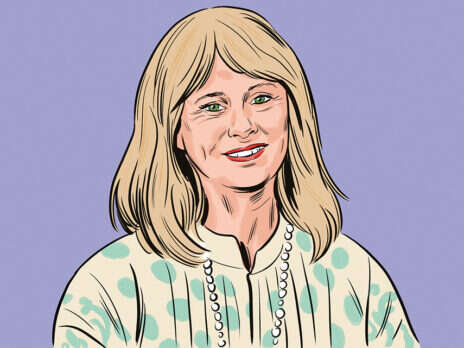 What would be your Mastermind special subject?
Anything I enjoy knowing would get spoiled by having to sit and spit out chips of it. Plus: my memory is on temporary leave of absence while I have the menopause.

Which time and place, other than your own, would you like to live in?
I’d like to have visited Shakespeare’s London – awful to live there. The UK in 1946-50 would fascinate me. And I’d like to have been in the US for the Sixties.

What’s the best piece of advice you’ve ever received?
I was told that if I held on and passed my forties, life would be infinitely more fun. I did and it is.

What’s currently bugging you?
Don’t get me started. Let’s boil it all down to ambient cruelty and stupidity. We seem intent on becoming extinct. And if we go on as we are – we kind of should.

What single thing would make your life better?
I can’t tell you. But it would.

If you weren’t a writer what would you be?
No idea. I quite liked bits of acting – that’s tough, though. I like painting, in the sense of decorating. I wouldn’t mind being a painter.

When were you happiest?
I would imagine it’s all the times when I’ve forgotten about being me entirely and been completely involved in something other – nature, writing, giving a shit about someone else . . .

Are we all doomed?
Yes, of course. We always are. We all die. That’s why we ought to be kind.

A L Kennedy’s “Serious Sweet” is newly published in paperback by Vintage. Her children’s book “Uncle Shawn and Bill and the Almost Entirely Unplanned Adventure” is published by Walker Books