National Poetry Day seems like a good time to make a suggestion – Kanye West, modern-day rapper and “international asshole” (his words) is the true heir to the 16th century metaphysical poet John Donne.

West may be known as the man who married Kim Kardashian, and stole Taylor Swift’s award, but he is an artist of multiple layers.

Donne only started to be truly appreciated in the 20th century. 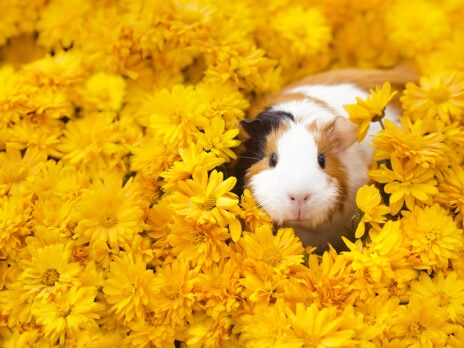 Poem in which I practice happiness

According to Encyclopedia Britannica, Donne’s metaphysical poetry is “characterised by conceit or ‘wit’ — that is, by the sometimes violent yoking together of apparently unconnected ideas”.

If no-one else will say it, I will: looking through West’s cannon, the truth is self evident- Kanye West is our first metaphysical rapper.

“Death, be not proud, though some have called thee
Mighty and dreadful, for thou art not so”

“I had a dream I could buy my way to heaven
When I awoke, I spent that on a necklace”

The two evoke the imagery of death, and mock it through bravado and wordplay alone.

Extended metaphors are a recurring theme in both West and Donne’s canon.

Donne’s The Flea is arguably one of the most provocative, and famous poems in all of English literature. In the poem, Donne use the the blood sucking by a flea who has landed on his lover’s body to describe his entire relationship with a woman.

“Famous” by West is just as provocative, though in the song and subsequent video (the one with the naked mannequins of Donald Trump, Bill Cosby, Taylor Swift etc) West uses sex to make a comment on the relationship celebrities have with fame, and in turn our relationship with celebrities.

Not everything is so highbrow though. West and Donne enjoy a similar taste for puns made in poor taste. Donne’s The Good Morrow describes his thoughts as he awakes next to his lover. In it, Donne makes his now infamous sexual pun where he references his lover’s “country pleasures”.

The opening of West’s “Mercy” features the rapper Big Sean trying to make a similar pun on the word “ass” (throughout the song, multiple rappers featured on the song compare women to the super-car, the Lamborghini Mercy).

West and Donne share another trait between them – a lack of trust in the women in their lives. West’s “Gold Digger” needs no description. The song describes West’s interactions with women who only want him for his money.

In Donne’s Woman’s Constancy, he opens by mock-questioning what a woman who has spent the night with him, will say in the morning to get rid of him

“Now though has loved me one whole day
Tomorrow when you leav’st, what wilt
thou say?”

Both make light of the situation, even as their mistrust remains plain. Woman’s Constancy ends with the twist with Donne saying that never liked the woman anyway (why write the poem then?).

And West in “Gold Digger” raps that one of these women have got him paying child support as “she got one of your kids”, which he then self-deprecatingly follows up with “And on the 18th birthday he found it wasn’t his?!”

Though perhaps West and Donne are most known for their bravado and their brashness, both probe their insecurities and vulnerabilities in their art. This is most explicit when they talk about their faith in God.

West’s first crossover hit is the now classic “Jesus Walks” in which he prays that “God show me the way” because the Devil is trying to “break me down”. Donne too is constantly worrying that the sensual pleasures of women getting in the way of his relationship with God.

Donne’s conflict is of course heightened by him having left Catholicism and converting to Anglicanism, later becoming the Dean of St Paul’s Cathedral.

West famously collaborates with as many artists as he can, of all different genres, most famously perhaps with Paul McCartney and Coldplay. On “All of the Lights”, West somehow manages to put Drake, Elton John, John Legend, Alicia Keys and Rihanna on one song, and make a hit.

Donne’s most famous quote is “No man is an island”, while West subscribes to the idea that no song is an island.

And like Donne, whose signficance was overshadowed by his contemporary William Shakespeare, West too may face a similar fate. But I’ll save my piece comparing Beyonce to Shakespeare for another day.