The hills swarm and soften towards the end of the day just as
flames do in a fireplace as the evening
loosens and breaks open and lets out night.
A nasty, grotesque, impatient year ended,
and the new one will be bitter,
tired, opaque. Words wrangle in every inch of air,
their mouths wide open in stupid shock
at what they have just heard every time they hear anything. Venus,
though, blazes with heavy wobbles of albeit frozen
light. Brecht, who I like to call my
brother just as he called Shelley his,
has a short late poem where he sits by a roadside, waiting
while someone changes the wheel on his car,
watching with impatience, despite not liking
either the place that he is coming from or
the place that he is going to. We call it
connectivity when in truth it is just aggression
and imitation writ ever larger. Poems, though,
are forms of infinite and wry but also briskly
impatient patience. Brecht’s poem seems to end,
for instance, almost before you
can read it. It wheels. The goddess is just a big, bright
wilderness but then soon enough she clothes
herself again in the openness of night and I lose her.

Patrick Mackie’s latest collection, The Further Adventures Of The Lives Of The Saints, is published by CB Editions.

7 of the greatest modern poems 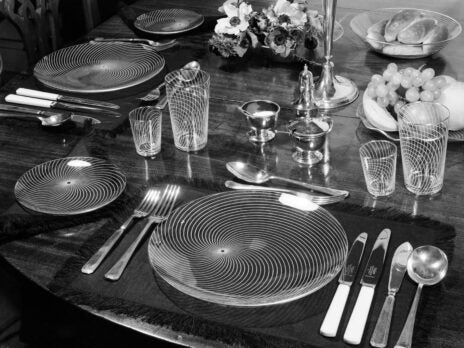 Field Notes on a Family Meal