Here are three new collections by poets who in various ways are testing the limits of the lyric and writing the self in extremis. The poems in Emily Berry’s second collection, Stranger, Baby, concern grieving the death of one’s mother. One of the many risks that Berry runs is to be mistaken for a straightforwardly autobiographical poet. These poems frequently feel close to unmediated candour and, throughout, we seem to be in the presence of a single voice (albeit one on the brink of emotional fragmentation) and a single personality. 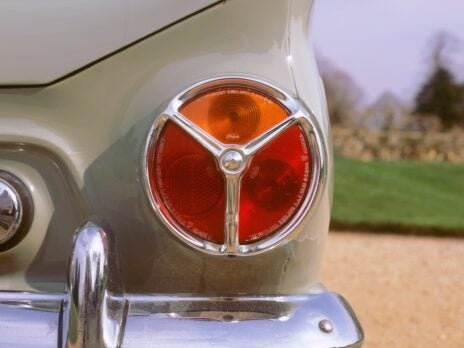 In fact, they are constructed of many voices and they collage quotations from a number of psychoanalysts, which may account for the way they introduce psychic tumult by striking an unnervingly matter-of-fact tone: “You must imagine it like this . . .” or “This is the body’s way of handling emotion . . .” They are at once more intelligently crafted and more saturated with feeling than most poems, refracting the loss again and again, suspicious and vigilant:

I wrote: The sea! The sea! as if that might be a solution
Didn’t we always suspect the pain of intelligent people was truly the most painful?

The sea – that timeless and inescapable symbol of the unconscious, the memory, the mother – is a near-constant presence in the book, as in “Picnic”:

The striking metaphor for analysis, and Berry’s unusual angle of approach, are impressive, but the subtle sense of alienation that pervades Stranger, Baby has even more to do with her use of that slightly awkward “a person” instead of the more expected “someone”. Of course, what Berry mistrusts above all is the polishing of feelings: if grief is to be written with honesty, it must be written as the ragged, ugly trial that it is. “Drunken Bellarmine” ends with the warning:

. . . DON’T LOVE ME: I am guilty,
fatalistic and sticky round the mouth like a dirty baby.
I am a shitting, leaking, bloody clump of cells,
raw, murky and fluorescent, you couldn’t take it.

Stranger, Baby is a daring, hard-won collection of poems.

I vividly remember the first time I read R F Langley’s “Man Jack”, and it still seems to me one of the most remarkable poetic creations of recent decades. Inspired by the OED’s enormous list of entries for “jack”, the poem shakes loose a new, timeless character and lets him range across English folklore and song. It begins:

So Jack’s your man, Jack is your man in things.
And he must come along, and he must stay
close, be quick and right, your little cousin
Jack, a step ahead, deep in the hedge, on
edge, a kiss a rim, at pinch, in place, turn
face and tip a brim, each inch of him, the
folded leaf, the important straw. What for.

“Man Jack” is also a technical tour de force, resolving syllabics and traditional prosody into a seamless music. It would be cruel but not entirely inaccurate to say that Jacob Polley’s latest collection, the T S Eliot Prize-winning Jackself, spends 80 pages trying to do what Langley accomplished in 90 lines. Here is Jackself’s playmate Jeremy Wren:

tell us what’s wrong, Jeremy Wren,
crouched in the corner, spitting no blood,
robust in bladder and bowel, your toes
untouched by fire or flood,
no cold wind blows
there’s hair on your feet and mint
in your groin and tonight
is milk, tomorrow cream
and the day after that
a herd that lows
from your very own
meadowland of light

The rhythms are borrowed, but at least Polley’s imagery can be relied on to transport the reader to his spooky version of northern England, where Jack Frost stalks the suburbs “wearing his homemade thousand-milk-bottle-top/winter suit”. The trouble is that it’s only a matter of time before a Literary Influence barges in and spoils it for everyone. Even if you don’t know “Man Jack”, the shades of Gerard Manley Hopkins, Walter de la Mare and Marianne Moore intrude; and it is dismaying that in Polley’s fourth book Ted Hughes still acts as if he owns the place. At one point Jackself and Jeremy Wren go night-fishing in “the kidney-coloured pool/all the streams of England run into”. This reworks Hughes’s signature poem “Pike”, in which the poet night-fishes a pond “as deep as England”.

The most telling moments come when Polley confronts the question of precursors. In “The Lofts”, the timid Jackself stands among “the skeletons of past Selves” such as “Edwardself, Billself/Wulfself” but runs away scared before he can claim “the silence that was yours/by birth”. In “Snow Dad”, the more proactive Jeremy Wren makes a larger-than-life replica of his father so that he can “run clean through him/and leave a me-hole”. Sadly, we are yet to see Polley’s me-hole. His skills are beyond doubt, but his ambitions feel derivative and his last collection, 2012’s The Havocs, attempted and achieved far more than Jackself.

In Luke Kennard’s Cain the trope of the alter ego gets a more contemporary treatment: the only thing here “resplendent in the twilight” is a supermarket logo when the poet wants to buy booze. The poems tell the story of a character, “Luke Kennard”, preyed upon by the mysterious Cain, “Tutelary spirit of the fugitive and/heavenly advocate for fan fiction”. Part guru and part tormentor, Cain cajoles the poet into a series of damning self-assessments: “Self-Portrait at Primary School” begins “I was so obliging I let the weirdest, smelliest kid pick on me/because I thought it might make him feel better” and ends “And even at the time it struck me: maybe I was the dangerous one”. To some extent this is ground that Kennard has covered before, but Cain is an altogether darker creation, written from the doldrums between youth and middle-age (the stretch that people who don’t hate themselves call their “prime”).

The second section of the collection consists of 31 anagrams of Genesis 4:9-12, in which the Lord curses Cain for the murder of Abel. This generates such phrases as “Huff on that cheroot, doorman! How’s the deathshroud, honeydew? From here on all will be [Static.]”. Many of the anagrams would be almost entirely resistant to sense, but surrounding them, like exegesis bordering a sacred text, are prose glosses explaining how the Cain anagrams are in fact the product of a surreal sitcom. Written from the perspective of a rabid fan of the show, the glosses regale us with trivia, interviews with the cast and crew, and fan theories on the meaning of each anagram/episode.

The result is hilariously reflexive about the self-imposed challenges Kennard has taken up, as the anagrams howl through the language like a prisoner through the bars of his cell. It feels strange to describe a book of poems as gripping, but Cain is so profoundly funny and so profoundly sad, so inconsolably intelligent and so brilliantly vulnerable, that “gripping” is the word.

Paul Batchelor is the director of the creative writing programme at Durham University. His poetry collection “The Sinking Road” is published by Bloodaxe