Some Like It Hot was my father’s favourite movie, and as children we watched it endlessly, loving the absurdity of Tony Curtis and Jack Lemmon as two wise-guy musicians forced to go on the run after witnessing a massacre. In true Shakespearean fashion, they disguise themselves as women, hiding out in an all-female orchestra on a train bound for Florida, where they become smitten by Marilyn Monroe as the exquisitely ditsy Sugar Kane.

Even now, it feels subversive, with its casual, insouciant attitude to gender. “Nobody’s perfect,” Osgood says with a shrug when his fiancée Josephine finally reveals she’s a man. It was this insouciance that I’m guessing Annie Leibovitz wanted to capture when she photographed Lemmon and Curtis in 1995 for Vanity Fair. The issue was about Hollywood, and the portraits feature A-list stars under captions like “The Ingénue” (a young Julia Roberts) and “The Hero” (Harrison Ford, sprawling in a tyre).

The portrait of Lemmon and Curtis is titled “The Girls”. Between them, they’d made 134 movies. It was 36 years since Some Like It Hot and both men were on the cusp of 70. They’d been persuaded to reprise their roles as Josephine and Daphne: full make-up, lipstick, brows, the works. Tony Curtis is imperious despite being dressed in nothing bar ultra-white Y-fronts; Jack Lemmon is truculent in a lace nightie. Their bodies are a joyful festival of scars, paunches and slackened skin. Never mind post-gender, it’s gender burning on a pyre. 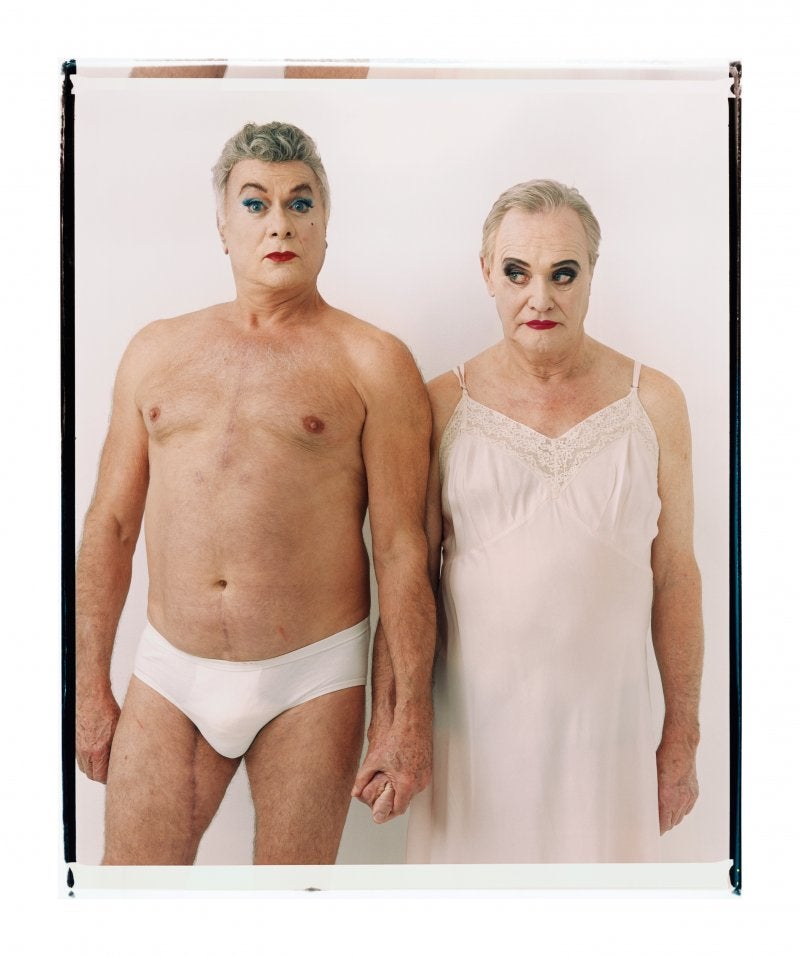 I’ve had a copy of that photograph on my desktop for years. When I was getting married in 2018, I dug it out. We were trying to design an invitation but the whole skit around weddings was giving me a headache. It was Ian’s third marriage, and his previous wife, Jenny Diski, had died of cancer two years earlier. We were both too old for the grim wedding drag, and as a card-carrying member of the gender fluid, I was hardly going to gussy up in a white dress. I wanted to acknowledge the ridiculousness of what we were doing, and the glory of it too: ageing bodies still willing to take a risk for love. There was no other option. We used Jack and Tony as the invitation and then as posters scattered around the wedding itself.

In the end, I did wear a dress, but it was black and Elizabethan, and looked like a cast-off from Orlando, another movie about a cross-dressing gender subversive. By the time we hit the dancefloor, I’d had enough of its constraints. I took it off, and my friend Ben slid into it like an eel. My favourite photo from the night is of the two of us embracing, me bare-legged, him full Tudor queen. I think Daphne and Josephine would have approved. Dismantle gender, one garment at a time.