This is a photograph of my father Tom taken in the early 1950s. He sits on a motorcycle he bought straight from army surplus. It had been stored covered in grease to protect it, and he described riding it home in a cloud of black smoke as the grease burned off the engine, leaving him black with soot.

When I was four, he left because my mother had an affair with the milkman. I remember his bike leaning against the wall of our council house. He had hand-painted it bright red. One time, he sat me on the petrol tank and took me for a ride down the street. I remember looking at the bike, maybe even climbing on to the seat, and trying to conjure him up. I expect it is no coincidence I have ridden motorcycles all my adult life.

My father was a keen photographer; he had his own darkroom. After he left, my stepfather encouraged my mother to make a clean break. She threw a whole suitcase full of my father’s photographs on to a bonfire. After that, no one in my family owned a camera. I think some families try to delete their history. 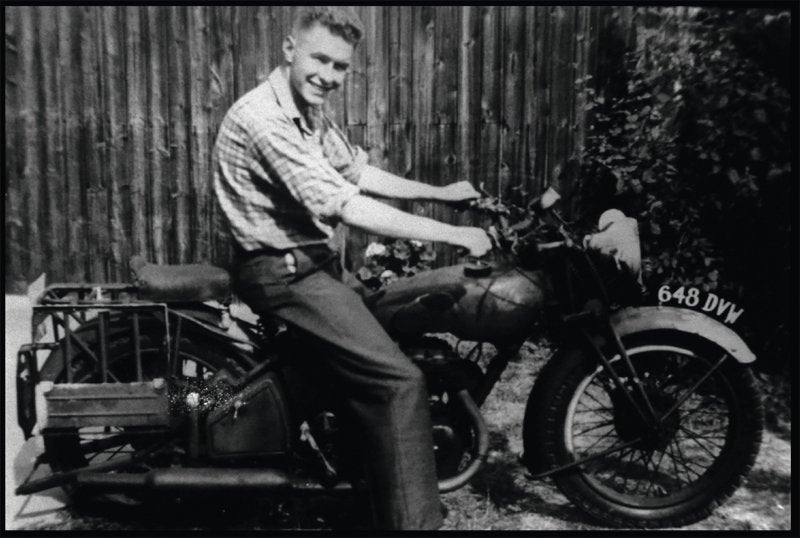 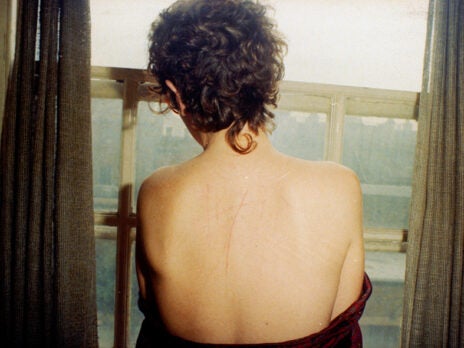 Consequently, family photographs are a sore point for me. From birth until I went to art college when I was 19, there are perhaps less than a dozen photographs of me. Young people today probably take that many over the course of a lunch break.

I recontacted my father when I was a teenager, but the connection had atrophied. I see him every so often. I first saw this photograph when I was in my mid-40s, and researching my autobiography.

A few years later, I had an exhibition in an art museum in Japan. Without thinking twice about it, I showed the image during a lecture about my work. My younger sister Helen was in the audience. After the lecture she was quite upset. She said she hadn’t taken much of it in because she was in shock. She had not met her father since she was a toddler, and this was the first time she had ever seen an image of him.