For the most part, Laura Marling’s life in lockdown carries on as usual. At home in north London, she reads, works on cryptic crosswords, plays guitar and listens to music. On rotation on her stereo is the Ethiopian pianist Emahoy Tsegué-Maryam Guèbrou, the Brooklyn-based rock band Big Thief (“by far my most contemporary obsession”) and a smattering of Paul Simon. Aside from missing her regular long walks, the musician is content. “I am happy pottering away, spending time alone, that’s not too difficult.”

We are speaking over the phone exactly a week before the release of her seventh album, Song For Our Daughter, a record that will drop with just a few days’ notice, its release having been brought forward as a gift to listeners who, like Marling, are locked indoors. The folk musician is typically understated about its significance. Why did she choose to release the record now? “It’s probably quite a nice time to listen to music,” she says.

Alongside Song For Our Daughter, Marling’s other service to fans during this crisis has been a series of virtual guitar tutorials of her own songs, given several times a week over Instagram Live. Other musicians have taken to performing live streamed concerts from home, but Marling knew that wasn’t for her. “I’m not a natural entertainer,” she says. “I don’t live to entertain, particularly. It doesn’t bring me much joy. I love playing live, but that’s a very, very different thing. You’re in a room full of people and it’s a shared experience.” Guitar tutorials, however, “are particularly comfortable for me because it’s a well-policed boundary. I’m just there for 20 minutes, telling them how to play a song on the guitar. It’s straightforward for me.”

Maintaining “well-policed boundaries” is of utmost importance to Marling. It’s a phrase she uses three times during our conversation, a fact she points out herself. A certain level of distance is what her fans have come to expect from her. Marling is 30, and having left her Hampshire home and moved to London to pursue music at the age of 16, has now spent almost half her life in the public eye. The early days of her career in a “new” north London folk scene, where she sang backing vocals for Noah and the Whale, had an early Mumford and Sons as her backing band, and famously played a gig on the street outside an 18+ venue she was not allowed into, are long behind her. After six critically acclaimed albums, a spell living in Los Angeles, a Brit Award and numerous Grammy and Mercury Prize nominations, Marling now lives a quiet life with her boyfriend and sister. “My world is quite small, really. It’s not got that many people in it,” she says. Even appearances on Instagram have, up until the last few weeks, been rare. 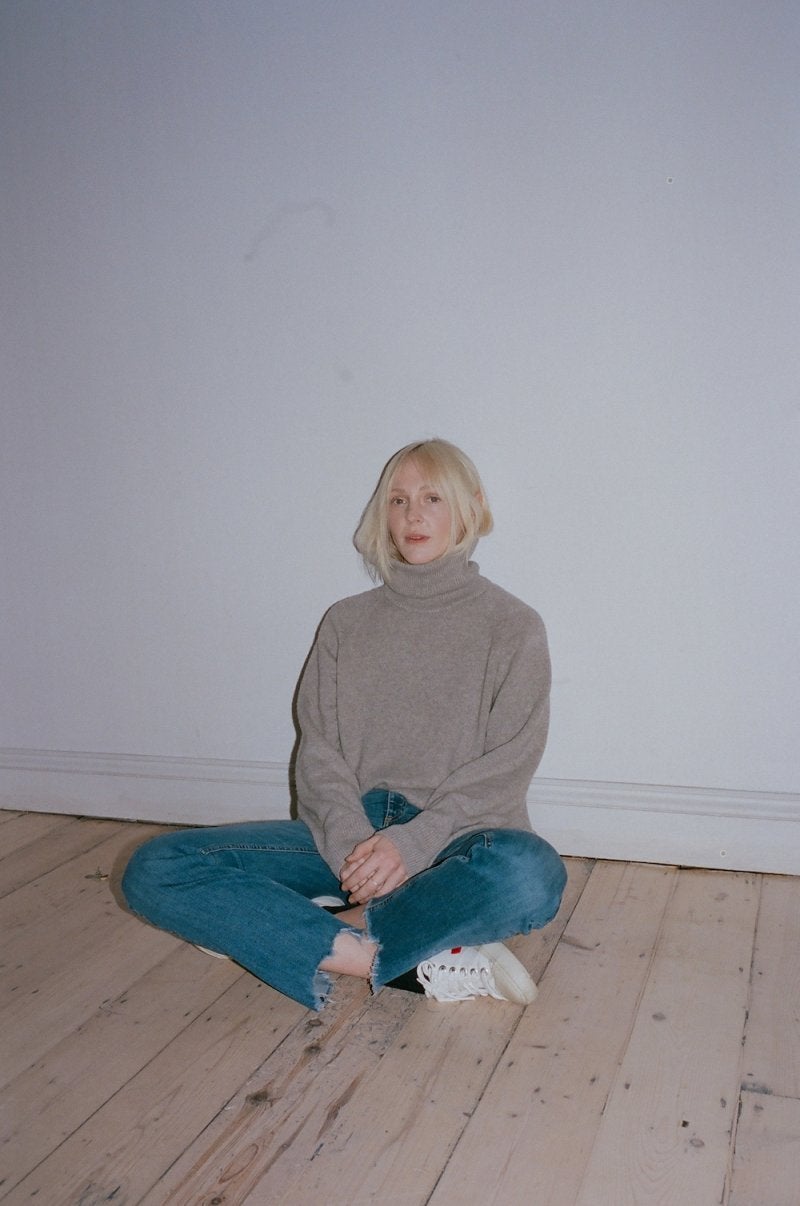 Marling doesn’t think Song For Our Daughter will be a straightforward balm for this period in time. She says she listens to music to be entertained, not soothed, and imagines her listeners do just the same. “I think they listen to my music to get further into themselves,” she says. “I’m not particularly worried about Laura Marling not providing escapism for people.”

I point out that, for just a second there, she slipped into the third person. Marling shrugs it off, sounding totally at peace with the notion that her name also describes something beyond herself. “My friends don’t call me Laura Marling!”, she laughs. “They call me Laura. There’s an easy distance between the two things now. It was confusing for a while.”

She “brought herself back together” by “doing lots of psychoanalysis”, a subject in which she is halfway through studying for a Masters, after an unfinished undergraduate degree in Classics. “It’s good to establish a sense of what is me and what is me in the imaginary realm,” she says. Releasing psychedelic soundscapes as LUMP, the band she formed with Tunng’s Mike Lindsay in 2016, and which is “a nice place to put a different persona”, helps. Ageing, too, suits her. “The closer I get to 40, the more I feel like I was always supposed to feel. I like every year a bit more.”

Song For Our Daughter is an album from a songwriter who is audibly at the peak of her talents and writing from a state of contentment. But Marling does not wear the details of her life story easily in her music. “I’ve never professed that it is anything close to verbatim experience,” she insists. “My husband left me last night / Left me a poor and lonely wife”, she sang on the title track of 2010’s I Speak Because I Can. On “Next Time”, from 2017’s Semper Femina, she sang, “It feels like a long time since I was free”. Now, on “Blow By Blow”, she sings, “I don’t know what else to say, I think I’m doing fine / Trying to figure out what I will do with all my time”. Taking the “I” of any one of her songs literally would be foolish when she has so regularly and so willingly tried on different voices, exploring old myths and stories.

“What I personally like about art, literature, music, is recognising something uncanny in it that’s not quite your experience but it could be,” she explains. “It’s a distorted emotion, but you recognise it somehow. That’s why I’m careful not to ever go into too much detail about what any song is about. All of them being from different perspectives or being different stories, they’re all double-bluffs, they’re all smoke and mirrors. It’s all to put people off the scent of what it’s really about, so they can experience it for themselves.”

What is a constant in Marling’s music is her interest in women’s stories, particularly the stories of women who are portrayed in art by men. When I last spoke to Marling, almost four years ago, she was about to launch a podcast series, “Reversal of the Muse”, which aimed to highlight the lack of female studio engineers and producers. “I was never interested in being anyone’s muse,” she told me then, and the theme lives on on Song For Our Daughter. Marling wrote “Alexandra”, the album’s first track, after listening to Leonard Cohen’s “Alexandra Leaving”. “What kind of woman gets to love you?” sings Marling. The track, she says, is about “surviving the passion of being someone’s muse, and what that leaves you with, and how you either reject it and fill yourself out, or you become this kind of hollow, brittle, beautiful object, a desirable object”.

I ask if she has seen Nick Broomfield’s documentary Marianne and Leonard, which tells the story of Cohen’s relationship with Marianne Ihlen while the pair lived on the Greek island of Hydra. I found the film uncomfortable because of how it reduced Ihlen to little more than a creative prompt for Cohen, I say. Marling, who “will defend Leonard Cohen, obviously, because I’m a huge fan of his”, found the film “beautiful”, but sees how it could be problematic. “Is it possible to read contrapuntally what was going on there? Were women sort of willing participants in an established cultural pattern? I don’t want to lose the beauty in those experiences. I’m also – rightly or wrongly – dedicated to giving that woman without a face a voice.” She references a Zadie Smith review, of Celia Paul’s Self-Portrait, which explores “how it’s really too tempting to be like a retrospective saviour and go back and give women these voices. I definitely, definitely have fallen for that.” 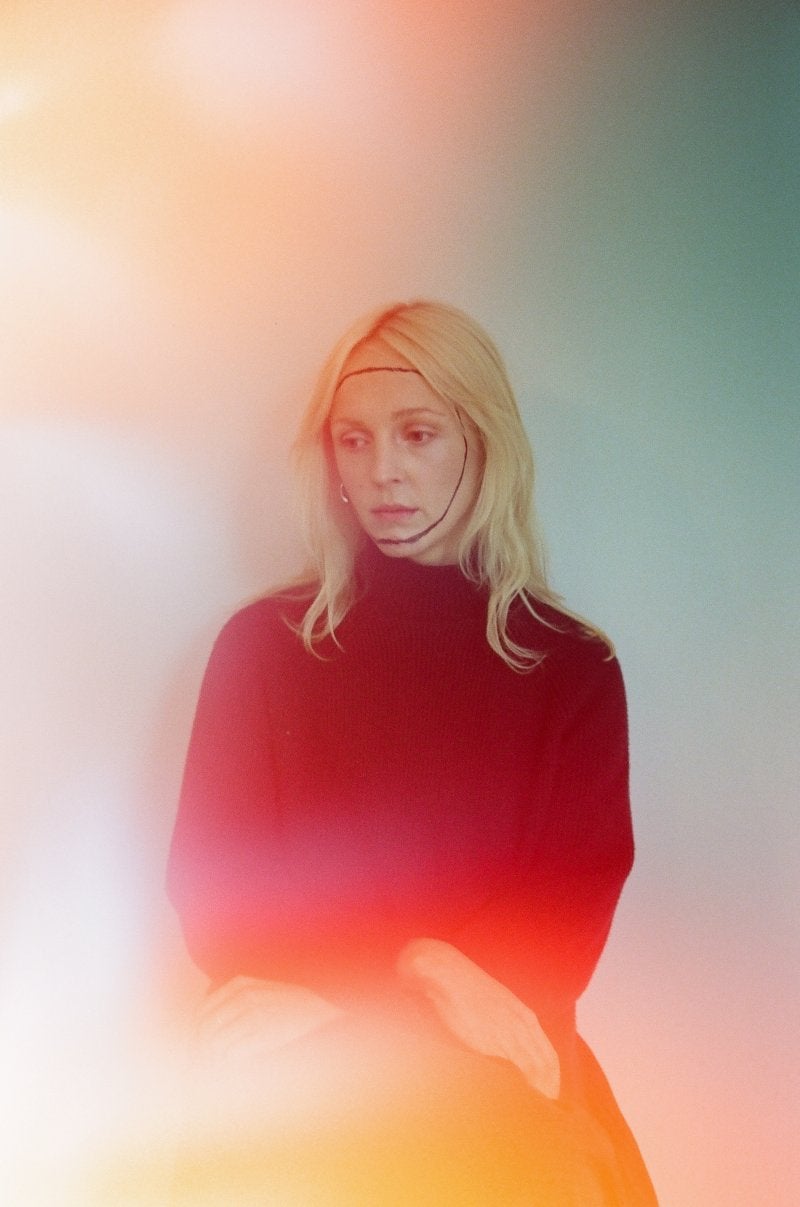 Learning from her mistakes, one at a time, has led Marling to write a record she hopes will equip the next generation of women. “I look at 19 or 20-year-olds, people starting out in the music business, and I cannot believe how young they are. And what I mean by that, really, is how young I was. I was in so many ways not prepared. If I could accumulate the lessons that I have learnt on my way and whisper them in the ear of the next generation, I would do that.” On the title track, over familiar pared-back acoustic guitar and strikingly warm strings, she looks to the future: “Lately I’ve been thinking about our daughter growing old / All of the bullshit that she might be told / There’s blood on the floor / Maybe now you’ll believe her for sure.”

Marling assures me that “I was absolutely fine by all standards of the dreadful things that happen to people – I was fine.” But she speaks of a period of time, over the past couple of years, during which she “personally went through a process of pulling quite a few fragments back together. Though that’s not explicitly relaid on the album, I feel like the undertone of it is there. Coming out the other side that much more of a whole person has been a good experience.”

“My experience of the aftermath of trauma was that I found it very, very, very difficult to write. Trauma knocked me into an awareness of myself and my psychic surroundings. You’re so hyper-vigilant to make sure that nothing happens to you again, you’re slightly detached from that freedom. In order to be creative, you need a certain amount of naivety and a free playpen in which to be naive and remain unharmed. And if those boundaries are traversed or trampled in an unexpected way, you can’t behave like that any more, and it stops you from believing that it’s possible to be naive. I think the taking away of naivety is one of the cruellest consequences of trauma. But you can recover from it, is the long story short.”

On Song For Our Daughter Marling has her naivety back, and she basks in it. On “Blow By Blow” her vocals are not accompanied by her usual guitar, an instrument she has worked all her life to master, but by piano. Her comparative lack of ability on the instrument affords the song a simple melody, and lends a rare sense of comfort to the music. “For You”, the album’s closing track, has the same sweetness. It is, Marling says, a “love song in the school of Paul McCartney: straightforward, cringey earnestness”. It was written at home with her boyfriend and recorded “on the fly” on her laptop, and is kept in demo form on the album.

“It suddenly felt like naivety had a new importance to it,” she says. “Not naivety in the sense of youth, but just to have the freedom to put an undeveloped, infantile kind of melodic song on the end of a record was quite – I don’t know, it felt like a vulnerable thing to do.”

Marling has long been called wise beyond her years. It is true that her talent emerged young and that she has, with each new release, never failed to reassert her formidable expertise. Song For Our Daughter is no exception to that rule, but with it comes Marling’s refound appreciation of instinct and spontaneity. For the first time in her already considerable career, she allows herself to shrug off some of the maturity that has come to define her, and give in to the simple pleasures of songwriting. “It is my most optimistic record,” she says.