The Orchids were 14 years old when they were taken on by Larry Page, the young entrepreneur who was managing the Kinks at the time. They’d started singing Motown in the playground at their Coventry grammar school and entered a talent show at the city’s Orchid Ballroom which, when they won it, gave them their name.

Their lead singer Georgina reads me, down the line from her home in Vancouver, a letter from the band’s personal management company on London’s Denmark Street dated 1963: “I am sending you herewith postal orders to the value of three pounds, twelve shillings and no pence, to cover three day-return railway fares to London. Don’t forget to bring your full school uniforms.”

On these recording trips to the capital, where they were signed to Decca Records, the girls’ per diem wouldn’t cover any more: when taken for lunch by the Stones’ manager Andrew Loog Oldham they ordered no food, not realising he would pay.

The children (Georgina Oliver, Val Jones and Pam Jarman) were clearly a major investment – Jimmy Page, then a session man, played on their records; they cut a Ray Davies song “I’ve Got That Feeling” and the Beatles judged their single “Love Hit Me” on Juke Box Jury. But they’d often be left without enough cash to get back to Coventry.

The Hollies gave them a lift once. Georgina and Val both recall asking Ray Davies, then about 19, to lend them enough for a ticket home – but rock’s most famous pinchfist said no, so they hitchhiked back up the M1, and their lorry driver bought them sausage and chips in a pit stop. 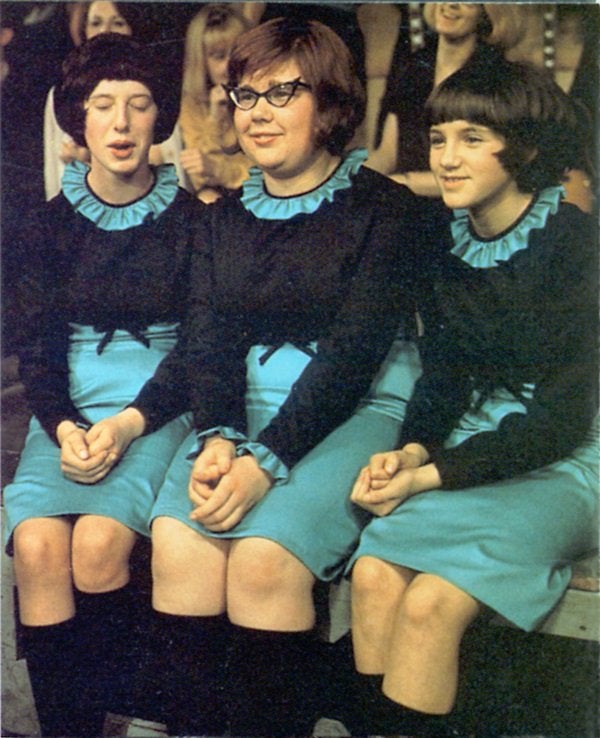 The Orchids’ parents were factory workers living on the outskirts of Coventry. They had no home telephones: at first they reversed charges on calls to their label from a phone box, then Georgina’s family installed a phone lest Decca needed to get in touch. Her parents weren’t fussed about the band, had no idea about the industry (“it was out of their realm”) and didn’t make a big deal of her rich soul voice. “It was years later that we realised what we had been part of but not quite…” she says.

They made no money at all, despite a top 40 hit in America: “In those days you handed over to people who knew better, you trusted them,” says Val on the phone from Devon. They got fan mail from Saudi Arabia and from a party of adult sailors who’d heard them on Radio Luxembourg. The letters were sent to their school, and distributed by disapproving teachers.

Val wonders – briefly, and maybe because in 2019 she has to – whether there was a “dark side” to management’s insistence that they wore their school uniform and sucked lolly pops in promo photos. She does recall Loog Oldham standing behind the mixing desk zipping his flies up and down in time to the music. But she concludes that there wasn’t a dark side – just as there was no long-term plan. Pop was so new, so fleeting, that no one expected a career from it – even pop journalism didn’t exist: the band appeared as a comic strip in Judy magazine instead.

Their musical tastes were not unsophisticated, and they wanted to be styled as mods, not children. When they failed to have any UK hits, Larry Page rebranded them briefly as The Exceptions, and at the age of 17 Georgina wrote a poignant song – “Soldier Boy” – which, coming a year after Donovan’s “The Universal Soldier”, could have been a hit. But Decca lost interest, as boy bands took over in the wake of the Beatles; and the Orchids went on to sixth form, and art school, or trained as teachers. “I forgot about it all for years,” says Val: her father only worried about the band detracting from her studies – he didn’t want her working in a factory like him.

Today we are taught that a job is worthless unless it’s a dream. “People are ready to kill to get a record contract and we were so flippant,” says Val.

We chase an abstract idea of stardom with religious conviction, at great personal cost. While the music industry hasn’t changed – adolescent hopefuls are often marooned in profitless contracts as the Orchids were – the attitude has. Detached from fame and ego, they responded as children would respond. So much was invested in them, but they were only going along for the ride.

The Orchids feature on the compilation “Shel’s Girls: From the Planet Records Vaults”, out now on Ace Records

This article appears in the 06 Nov 2019 issue of the New Statesman, What went wrong