Starr, E’s provocative framing of this question forces us to reassess something the majority of us believe to be a bad thing, which should be avoided at almost any cost, and consider instead its upsides.

As he no doubt expected us to realise, there is a long list of potential good outcomes from war, in the right circumstances.

Firstly, as evidenced in the most extreme case of the Second World War, and more recently in Kosovo, war serves as a backstop against genocidal dictators and helps preserve the rights and freedoms of minorities, and as countries through history have found, war can serve as an effective way of  preserving territorial integrity against aggressors.

Additionally, wars – at least in their early days – can serve to hugely boost the popularity of democratically elected leaders. Margaret Thatcher’s approval ratings shot from 41 per cent to 59 per cent in the three months of the Falklands War, while George Bush’s ratings leapt from 51 per cent to 86  per  cent  following 9/11 and the US’s subsequent invasion of Afghanistan.

Research from the State University of New York suggests such gains take a long time to fall back, making it a worthwhile proposition for the leaders. Though the research is out on the long-term economic benefits, it’s clear that in the short term it has a positive impact, especially boosting the manufacturing sector.

Mr Starr would surely, though, also not wish us to forget the inventions that have come out of war – or at least military-backed research – which include the early internet, plastic surgery, superglue, chemotherapy and even tinned food. While we wish Mr Starr had asked us to consider the horrors of war at greater depth, he does make a compelling case for its upsides.

War – huh – what is it good for? Democracy, political popularity, technology and the short-term economy. 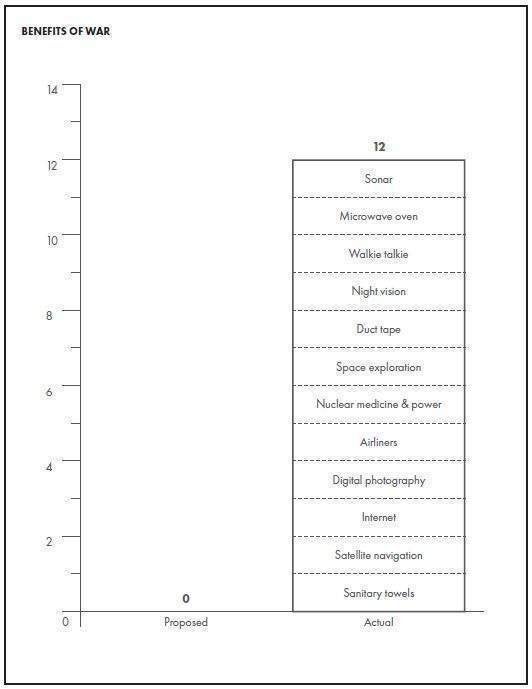 Why don’t we do it in the road?

Lennon, J and McCartney, P receive near-universal acclaim as two of the greatest thinkers in human history, and so this study’s simplicity – 13 of its 16 lines are simply a repetition of its titular question – can only be explained by assuming that one or both men really, really wanted to have sex in the road.

The obvious answer to this question would simply be a fear of getting hit by a vehicle, something which would surely put a dampener on even the best intercourse. Data lets us work out whether or not that fear is well-founded: a 2017 survey shows the average UK adult says a sex session lasts for nineteen minutes – ten minutes of foreplay, and nine minutes of intercourse. We will assume that in the interests of road safety that couples in this case will be willing to forego the foreplay. 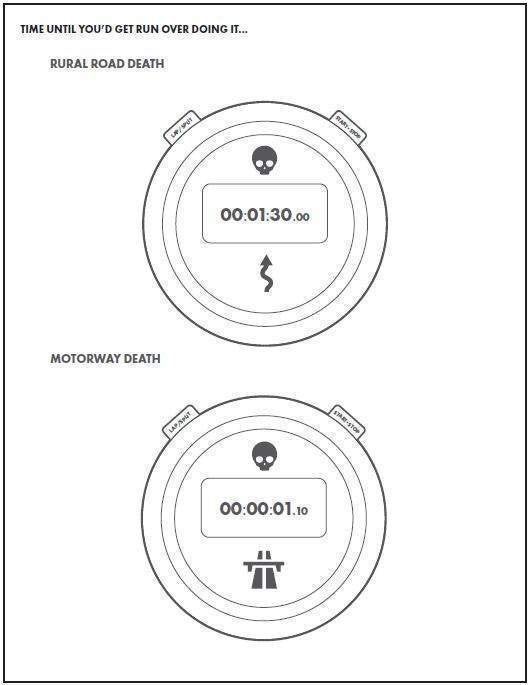 The chances of surviving a nine-minute sex session in a road will naturally depend on the type of road. Statistics from the Department of Transport allow us to work this out in detail. The Beatles should definitely rule out motorways – the typical stretch of motorway will see 81,000 cars pass every twenty-four hours, meaning a car would pass every 1.1 seconds. This would suggest a couple could expect to be run over nearly 540 times in a typical session.

The safest option – and one that tallies with The Beatles’ promise that no one would see the couple doing it – would be to use a minor rural road, which is the least likely to be overlooked and the quietest in traffic terms. This would still be wildly unsafe, though: the average rural road has one car pass  every ninety seconds, suggesting the couple would still be risking being run over six times. There are, it seems, very good reasons not to do it in the road. Also, gravel.

Should I Stay or Should I Go?: And 87 Other Serious Answers to Questions in Songs by James Ball is published by Boxtree in hardback on 1st November 2018.