The Proms is, of course, primarily a classical music festival. Other kinds of music are regularly featured, but the rule is always that it must be the very best that it could be. Novelty for novelty’s sake is not welcome.

This directive was amply fulfilled in jazz singer Clare Teal’s “Battle of the Bands” concert. The “Late Night” slot on a Friday evening was extremely appropriate for this programme – an imagined “jazz off” between the Duke Ellington and Count Basie bands. To the best of our knowledge such a clash never actually took place between these two celebrated bands of the 1930s and 1940s, although others regularly went head-to-head in New York’s clubs, taking it in turns to try and outdo each other with their interpretations of favourite tunes. As she explained at the start, Teal constructed this battle out of her “wildest imaginings”. Seeing and hearing her vision realised was something special. 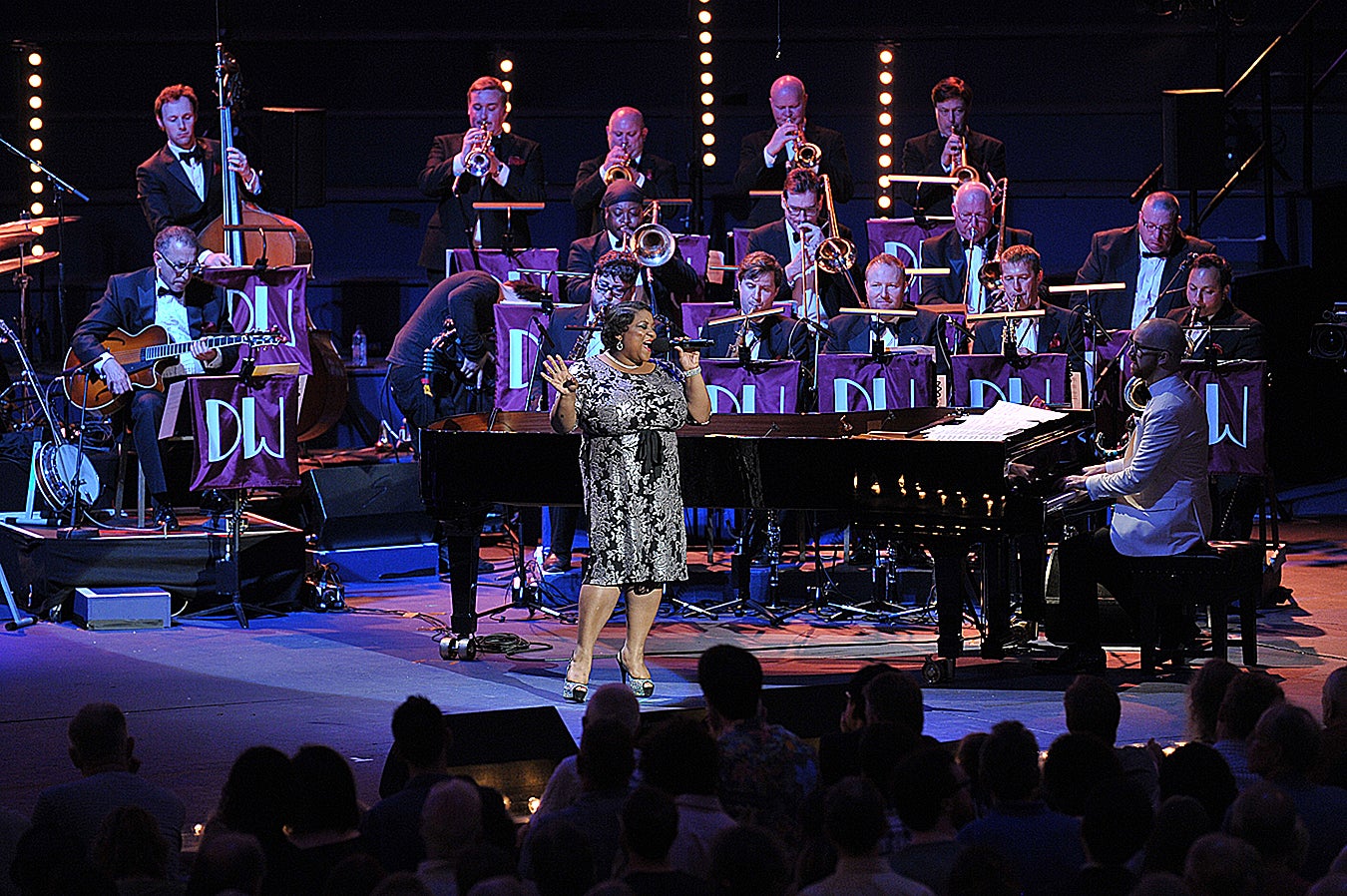 For one night, James Pearson became “Count Pearson” and Grant Windsor “Duke Windsor”. From the piano, they each directed an identical band of musicians drawn from the UK’s top jazz ensembles. Each “round” consisted of six tunes, three from each band, with guest appearances from vocalists Gregory Porter, Vula Malinga and Teal herself (maintaining her impartiality as referee and announcer, she divided her talents equally between each band). Swing dancers from the JazzCotech ensemble joined them onstage for some numbers, their tapping and twirling adding to the generally gleeful atmosphere.

Particular highlights came in the form of Teal’s vocal on “Moon Nocturne” with the Count Pearson band, her voice blending perfectly with the mellifluous saxophone solo; Vula Melinga’s riotous “Don’t Get Around Much Anymore” with the Duke Windsor lot; and all the trumpets, most of the time. The bands were set out on the stage in a sort of mirror image, and it was lovely to see the musicians eyeing their counterparts on the other side, assessing their performances. Count Pearson’s drummer especially didn’t seem to be able to help himself – whenever his opposite number was performing, he was tapping along on his knees, testing out the rhythm. 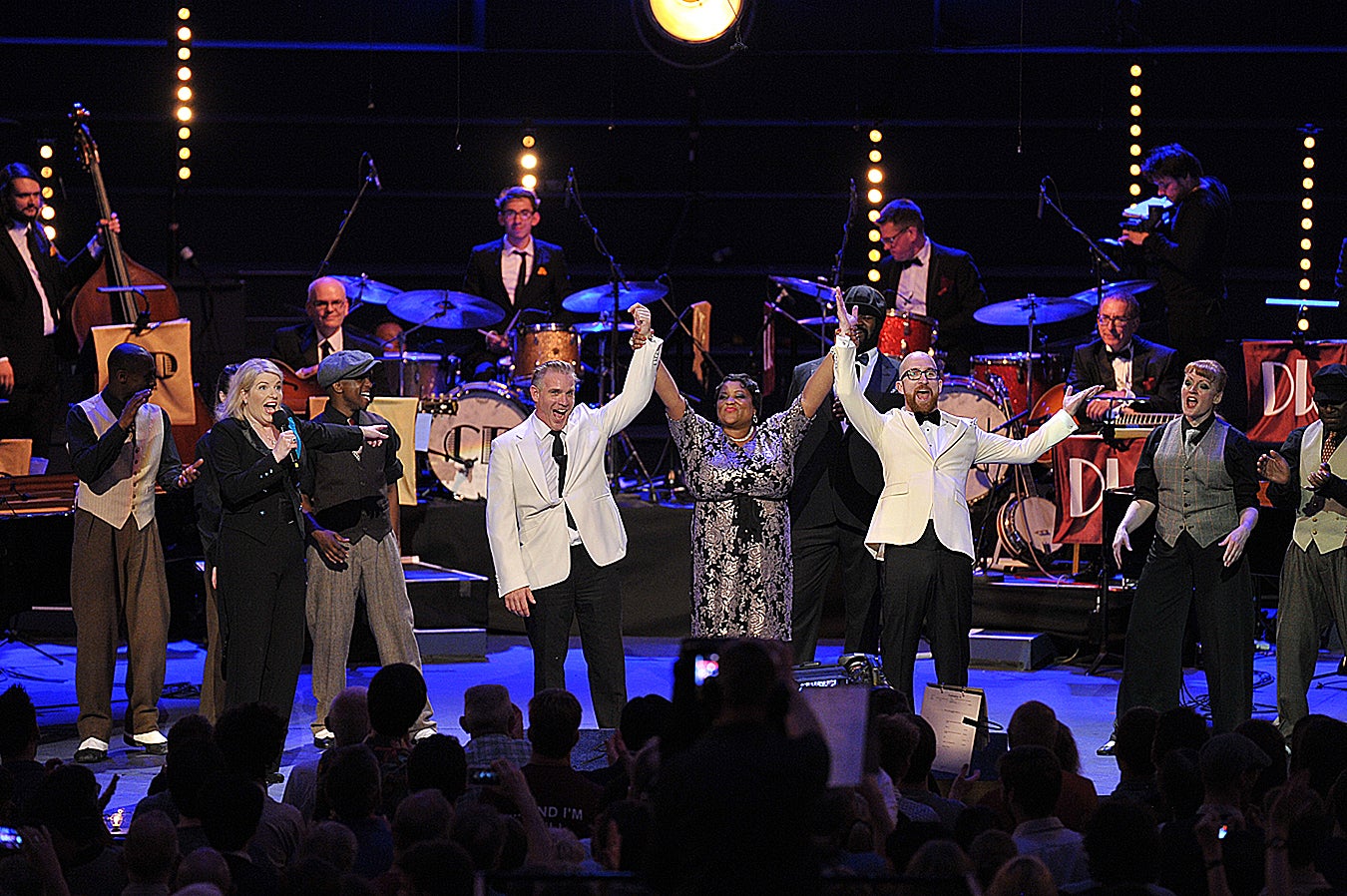 Everyone was a winner.  Photo: BBC/Chris Christodoulou

Although ostensibly a competition, the climax of the evening saw both bands play together in a triumphant blaze of big band sound. People were dancing in the arena and in their boxes, unable to keep still. Both bands were eventually declared the winners, as was only right – each had played their part in what was an unforgettable night.