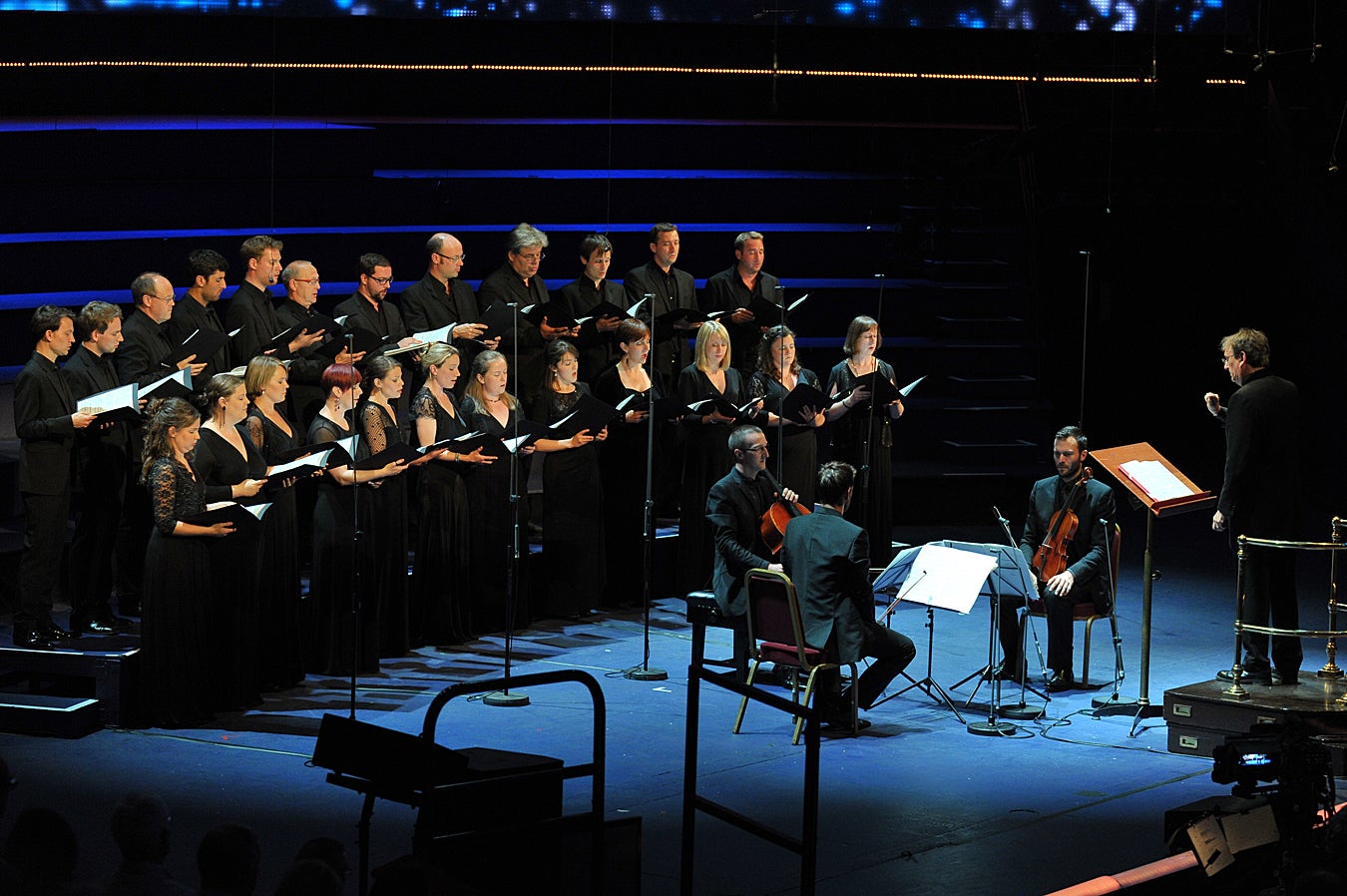 Peter Phillips, the Tallis Scholars and members of the Heath
Quartet at the Proms. Photo: Chris Christodoulou

“The lamps are going out all over Europe; we shall not see them lit again in our lifetime.” The words of foreign secretary Edward Grey, spoken as Britain’s ultimatum to Germany expired at midnight Berlin time on 4 August 1914, have echoed down the decades. Amid all the wreath-laying and speech-making we’ve had to mark the centenary of the war’s outbreak, just hearing this phrase and seeing a candle blown out can have great power to evoke the events we are commemorating.

As I’ve written already, the Proms has made some very interesting and unusual choices when it comes to remembering the First World War in musical terms. Chief among these was the programming of last night’s Late Night Prom, intended to span the moment a hundred years ago when Grey’s words were first spoken. Rather than early twentieth century pomp, we got John Tavener at his most soulful and pensive. Arguably, no composer ever wrote better music for solemn reflection – the kind of silence that his work is capable of producing is like no other. He told Bloomberg in 2007 that:

The most important thing about music is not what one writes down… It is what is left out. One should move towards silence.”

This trajectory is easy to sense in Ikon of Light, the work that kicked off the programme last night. It was composed in 1984 for the Tallis Scholars, and 30 years later, Peter Phillips’ choir is still bringing a beautiful sort of lustre to the piece. The string trio enters each time with a single note that builds up to a sustained chord, but always returns to unison, focusing your mind on that one point, the place where music ends and silence begins. The calm, restrained majesty of it does funny things to your sense of time – the piece takes about 40 minutes, but when you surface from it, you feel as though hours has passed and yet you have barely shifted in your seat. 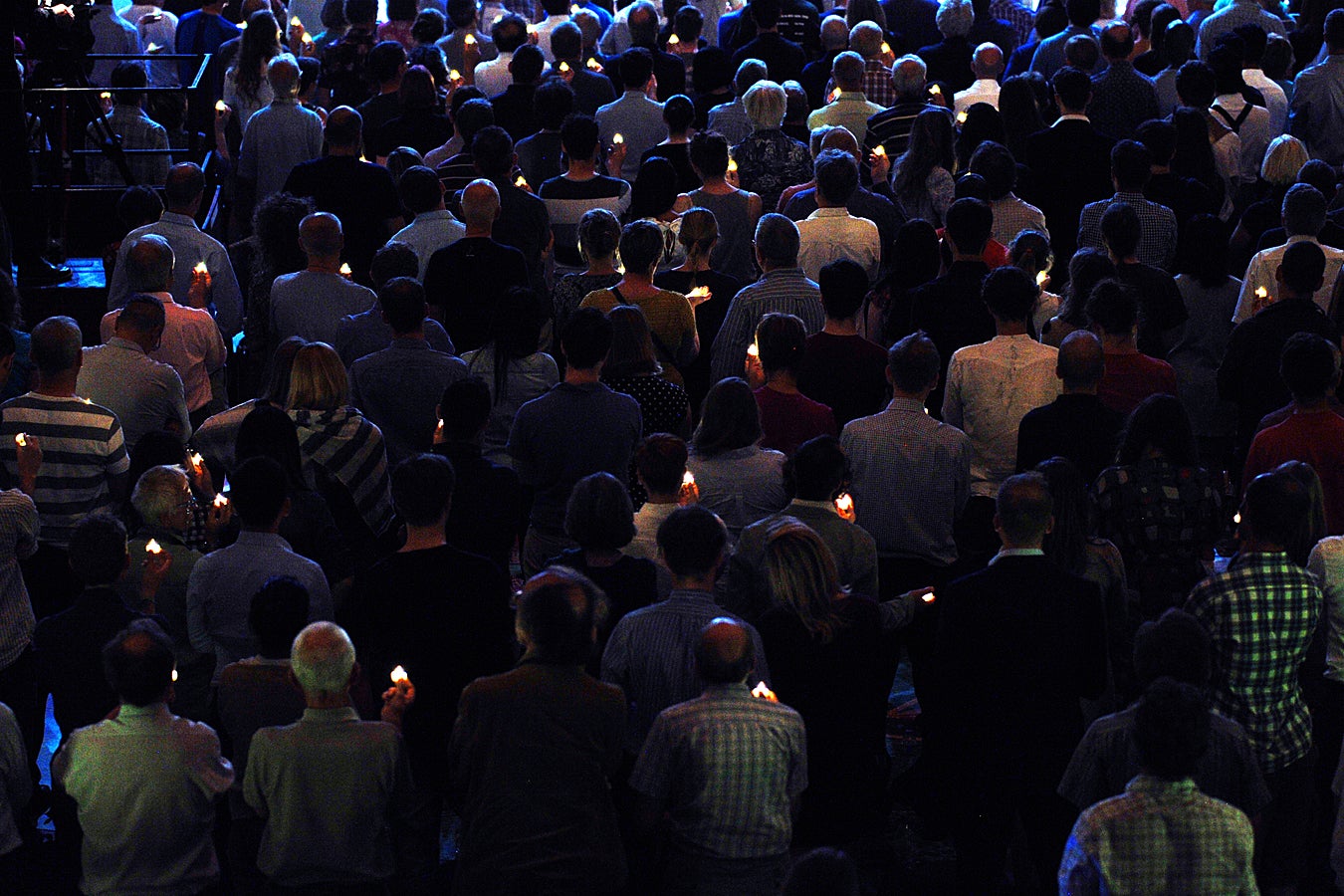 Shortly before he died, Tavener wrote a new piece for the Tallis Scholars, Requiem Fragments, which received its world premiere last night. Hearing it alongside Ikon of Light, the two separated by 30 years, it was easy to hear how he developed as a composer over the course of his life. The first half of the piece has some stunning harmonies, and pulls the traditional western requiem structure around (Tavener leaves parts out, and adds Hindu acclamations instead). The addition of trombones to the strings provided by the Heath Quartet was slightly surprising, although their marked, detached chords beneath the vocal lines provided an interesting tonal contrast.

Peter Phillips explained to the audience that he first met the composer 35 years ago when Tavener contacted him wanting to find out more about the work of his namesake, the Tudor composer John Taverner. The latter’s influence lingers in the second half of Requiem Fragments, a 17-part polyphonic triumph with a soprano solo soaring over the top. Carolyn Sampson provided the latter last night, perched up by the Royal Albert Hall organ, an ethereal presence in the dark.

Afterwards, the lights went out, and prommers standing in the central arena of the hall lit their candles. The actor Samuel West read “Anthem for Doomed Youth” by Wilfred Owen, and the Tallis Scholars sang one of Tavener’s most famous short pieces, his setting of William Blake’s “The Lamb”. Then the candles were blown out, and we sat in the dark to think ourselves back in time.

Now read: John Tavener and the search for the music of God