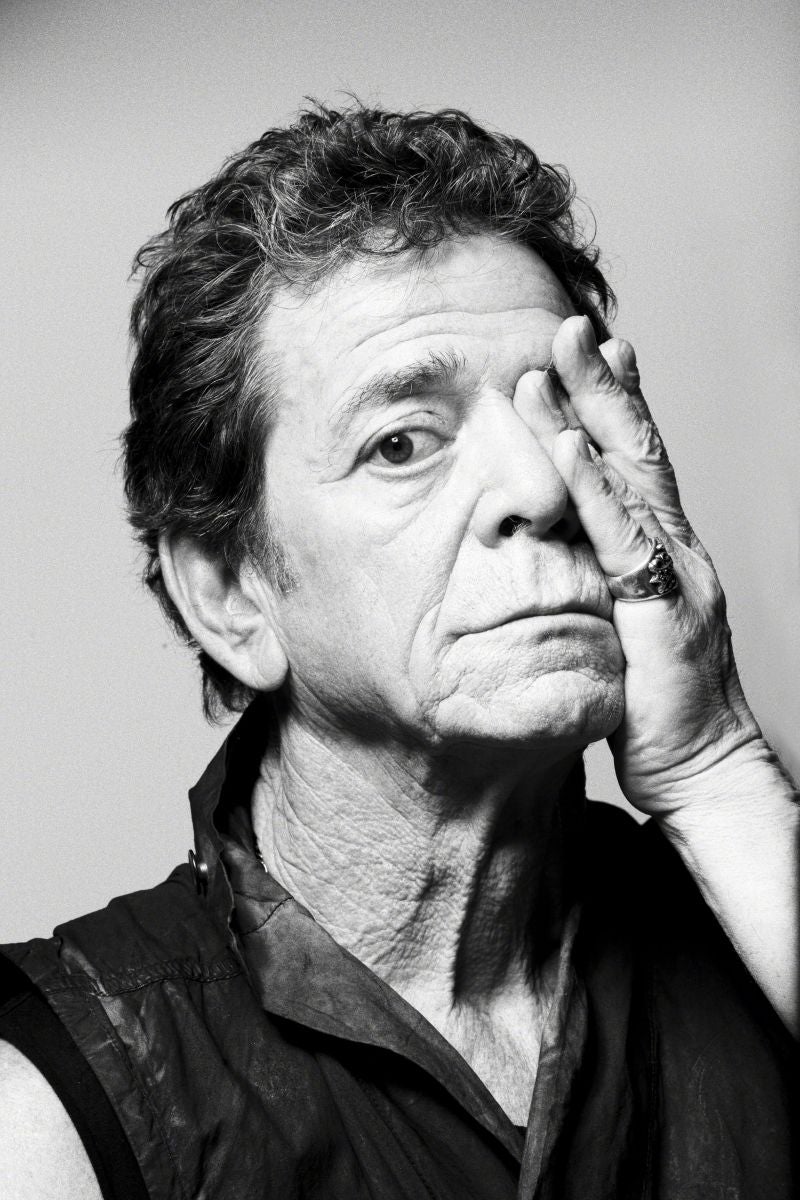 Eternal grouch: was Lou Reed imprisoned by his own legend?
Photo: Mattia Zoppellaro/Contrasto/Eyevine

Most rock stars are about 70 years old these days, so their departure is a constant possibility and music journalists are mentally prepared to trot out a few lines when the time comes, just hoping it doesn’t arrive on a Sunday evening. With any kind of tribute, there’s a twist of adrenalin and an urgency to stake your claim. Love of music is a jealous thing, after all, driven by the desire to say I got there first.

When Captain Beefheart died, people I knew fought to write about him because everyone believed they were the one to have figured out the golden ratio that made him great. But when Lou Reed died, the very same journalists turned down the obituaries, fielding the calls from Radio 4 or ITV all day, as when the envelope is passed round in the office in honour of the colleague no one particularly likes. To anyone given the task of finding out what made him tick as a musician and who really had to deal with him, he could be one of the coldest, most humourless, arrogant and – worse – boring characters rock’n’roll has ever seen. Someone told me, with relish, about the time recently when Reed was forced to take a Ryanair flight to a town in Ireland where he was doing a gig because no other company flew there. The thought of Reed on Ryanair was just too sweet to bear.

It wasn’t just the attitude, though (anyone who received electroconvulsive therapy for “suspected” homosexuality in his teenage years is probably allowed to be grumpy for ever). Fact is, some people feel that he has been appreciated quite enough already. On Radio 4 as I write, even the Bishop of Norwich is talking about his “spirituality” – he had absolutely no interest in commercial success, apparently, and his god was rock’n’roll . . .

I often wondered if his tightly set mouth, was – like Scott Walker under that baseball cap – the demeanour of someone who’d done something significant 40 years ago and spent the rest of their life imprisoned by it, wearing the legend heavily like a tortoise shell, dragging it around until it became everything he stood for. For people like that, life gets harder the older you get, as your moment of creativity recedes into the distance and your audience gets younger, more adulatory and more banal.

For his last few years Reed had been taking his rock’n’roll philosophies to locations outside music: my friend took a meditation class with him at a museum in Manhattan, and he recently gave a talk on creativity at an advertising festival in Cannes. Away from the music world, people were even less likely to tire of the pose and the abstractions he spoke in, but it can’t have been a particularly fun way to spend his time.

Reed made a huge contribution to the direction of 20th-century music: he was at the heart of a schism that has been at its centre since the mid-1960s, between people who believe pop should be Art – with a capital A – and those who think it ought to be lower-case.

His studied charmlessness was revolutionary: it made ordinary people, who could hardly play their instruments, think they, too, could become pop stars. And they did: music went from something you had to be able to sing and dance to, to something you heard leaning up against a wall, and that’s where a lot of it stayed.

But in the 1970s, after Warhol and Nico, after kicking John Cale out of the band, Reed wrote dozens of serviceable, melodic pop songs just like the kind he grew up with on rock’n’roll radio in the 1950s, or produced in-house working for Pickwick Records as a young man – as though, through that fug of cool, he was possibly open to a different kind of career altogether. But perhaps people wanted the art project more than anything, so that’s more or less where he remained.