There are five things you need to know about Lily Allen’s video for Hard Out Here. 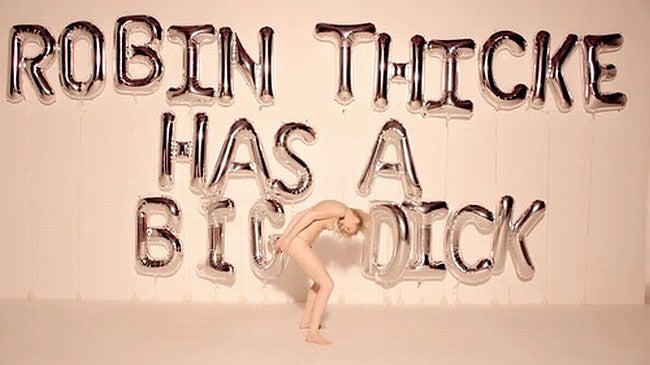 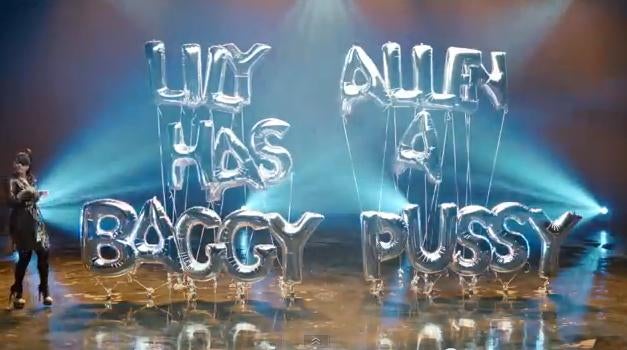 According to the ancient language of balloonspeak, Robin Thicke has a big dick. But Lily Allen has a baggy pussy, because she’s had two babies, and she’s not going to lie about it. Which kind of means that they’d make a perfect pair. 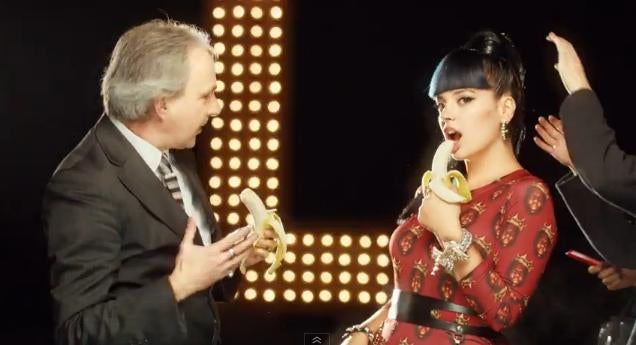 Because it’s particularly ‘hard out there for a bitch’, Lily suggests that anyone contemplating bravery should ‘forget your balls and grow a pair of tits’. Of course, this sentiment was somewhat pre-empted by a person purporting to be Betty White, way back when we were all decorating our Facebook page with that notorious adage: ‘Why do people say ‘grow some balls’? Balls are weak and sensitive. If you want to be tough, grow a vagina. Those things can take a pounding.’ Betty White herself denied that these words had ever left her lips in a 2012 Guardian article that was disappointing for about five minutes – at least now we have Lily. 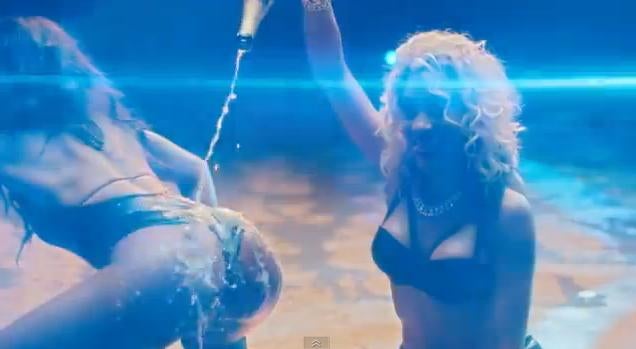 As the camera zooms in on the twerking back-up dancers’ arses that Lily periodically spanks with dollar notes, you notice how compellingly strange a rapidly moving bum cheek looks when subjected to some fancy camera work. 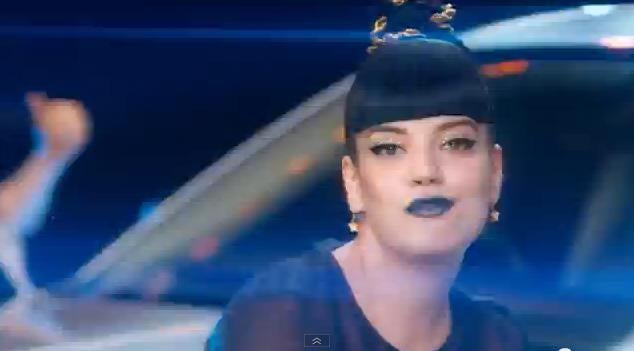 You had it in the mid-nineties, and now you can have it again. Lily’s scenes of liberation include partying among her balloons in a rain mac, and dancing around in trousers and a long-sleeved t-shirt: unheard-of womanly attire in pop videos for at least the last five years. The good news is that make-up which doesn’t even pretend to look natural is also back on the agenda (it graduates to blue lipstick after starting off at face glitter, something I’m delighted has been resurrected so close to Christmas.) 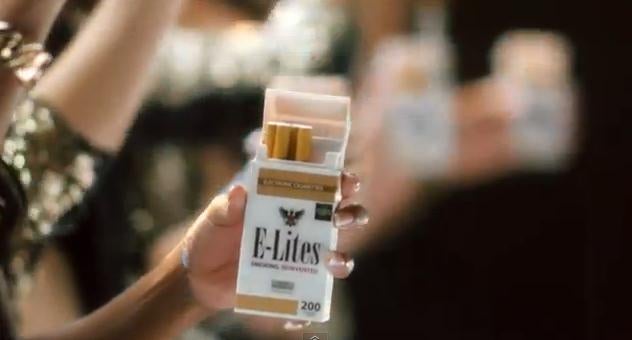 Product placement became legal in 2010, but has kept itself fairly low key since the law changed. There’s no denying that electronic cigarettes E-Lites are after the demographic who know and love Lily Allen’s music videos. Proper bitches smoke electronic cigarettes. But are we supposed to want to be proper bitches? The jury’s out, and it may be twerking.