In 1971 M John Harrison published a pair of novels – The Committed Men and The Pastel City – and set off down the road to becoming arguably Britain’s most revered science fiction writer. In 2020, he has once again published two books: Settling the World, a selection of stories written over the past 50 years, and his 12th solo-authored novel (and first in eight years) The Sunken Land Begins to Rise Again, which is shortlisted for this year’s Goldsmiths Prize. Like much of Harrison’s work, The Sunken Land combines an interest in society with a sensitivity to the natural world, a taste for mythology and the macabre, and a gift for animating the mundane.

The Goldsmiths Prize was established to reward fiction that “breaks the mould or extends the possibilities of the novel form”. What can an “innovative” approach offer the reader – and writer – that a more conventional novel might not?

Traditionally, innovative writing is a reconnaissance. It confers fresh perspective on the human subject, invents a way to capture the evidence of change a little way in advance. Or does it? Perhaps it’s collateral to change, perhaps one of the things it does is to express an anxiety about change that’s already in progress: thus accelerating social processes out of its own nervous anticipation of the possibility of change to come.

One of the remarkable things about The Sunken Land is its mixture of conceptual patterns on the one hand and on the other a sense of freedom and spontaneity. Is balancing these elements a challenge you are conscious of when writing? 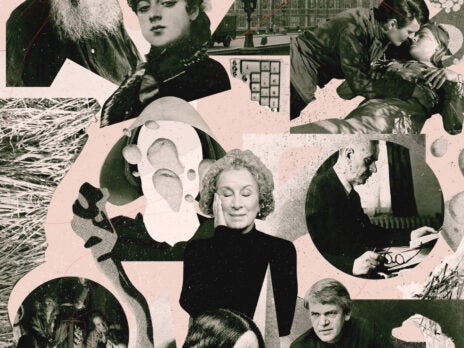 Why the novel matters 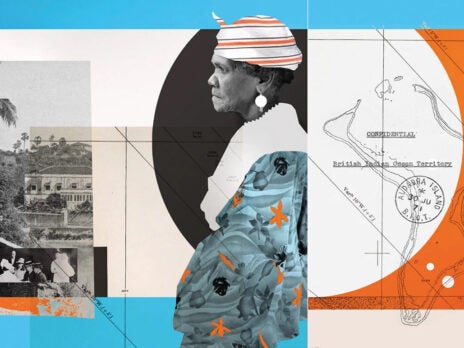 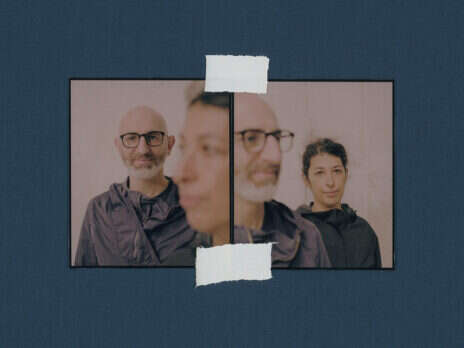 Yes, it is. Conceptualism makes a frame, sets parameters, limits definitions. It’s nerdy, always working out its own implications to a minute degree, like a man in a pub argument who can’t give up on an analogy. Whereas being alive is this sad but luminous muddle best conveyed by doing street photography, writing down the things that happen to you and around you. For me the language of science fiction must never be fully conceptualist, never fully cognitive. It’s a poetics. It’s the language of imagery and metaphor, of awe; a phenomenology of the imagination. It has more in common with dreams, spiritualism and the ghost story than it would ever admit.

Do you believe English literary culture, in particular, has been too slow in recognising science fiction and fantasy as a cerebral and experimental mode?

Although a genre is anything we can do with it, rather than the few things we expect from it, I’m not sure that’s the issue any more. Now that no one seeks or needs anyone’s blessing, either from inside a genre or outside it in literary culture, it’s immaterial where the formal elements of a work – especially an innovative or experimental work – have been sourced, or by what sets of rules they’re collated. Contemporary UK writers like Daisy Johnson or Julia Armfield, for instance, clearly have a deep love for, and understanding of, the generic horror story. That doesn’t seem to prevent them from writing excitingly literary fiction.

You have talked about literary fiction as a genre. You have also been nominated for a number of specialist literary prizes. Do you think such prizes are valid?

Quite a number of novels don’t sit well in their genre of origin. They have that air of distraction, of being occupied with other business. They stay with you, and you
wonder why. Those are the books I’d like to be writing.

Your new novel has elements of love story, fantasy, dystopia, novel of ideas, satire, the absurd. Were there any lurking dangers in this cross-breeding of genres?

I didn’t think of them as dangers, more as opportunities. If you’re lucky with a book like that, and manage to control all the elements, you produce something interesting. Even if you haven’t been lucky, you’ve reinvented the duck-billed platypus, which in addition to all its other mismatched features, has also been shown to glow green under 400-nanometer light.

Your title is taken from a Charles Kingsley lecture, and there is recurrent reference to The Water-Babies. What role did Kingsley play in the evolution of the novel, and were there other works of art that were important in the writing of this book?

Yes. Reference acts as a thematic GPS, a cueing system. Items like Arnold Böcklin’s painting Sea Idyll, Nico’s performance of “Janitor of Lunacy” and Arthur Penn’s 1975 Gene Hackman vehicle Night Moves also contribute to the kind of tacky psychic space in which the events take place. But Kingsley provides the main reference points. My sunken land is, obviously, metaphorical. It represents an unwelcome political condition, rising into view again from the UK’s deep geology. And I was fascinated by how The Water-Babies flips from ironic realism – the depiction of Tom’s life as a sweep – into a kind of hallucinogenic cartoon. I wanted my novel to perform that flip repeatedly. I wanted that squeaky turnstile between realism and the unreal to be a signature.

You are an admirer of the French writer and film-maker Alain Robbe-Grillet. Do you think there are 20th-century writers who had more influence on the English novel?

Back in the Sixties we saw the nouveau roman as a kind of stiff brush to get the dust off the shoulders of the English novel, which was like some interesting but shabby bit of clothing you had found on a padded hanger in your aunt’s wardrobe.

What past British or Irish novel deserves recognition for “extending the possibilities” of the form?

Our Spoons Came from Woolworths by Barbara Comyns, for what the Paris Review describes perfectly as its “destabilising inconsistency of tone”.

Because it’s an irritant. Because it aids the bid for cultural elbow-room. Because the novel always needs shaking up. Because narrative assumptions need to be scrapped and repurposed in public or the novel gets lazy. Because the fiction industry doesn’t reward the innovative until it has shown economic potential, and that’s too late.

We need the Goldsmiths Prize for the same reason we need a lively, energetic independent publishing sector: so that the eccentric, the under-represented, the idiolectic and the mould-breaking can maintain a presence in the face of the predictable.

The winner of this year’s Goldsmiths Prize will be announced in an online ceremony on 11 November and will be in conversation at the Cambridge Literary Festival’s virtual Winter Festival on 21 November. Tickets are available here.