On or about July 2010 the literary world experienced a small but far-reaching tremor. That was the month Gabriel Josipovici’s What Ever Happened to Modernism? was published. Much like the first Velvet Underground record, while it wasn’t a bestseller, it galvanised many of those who encountered it – in this case, to begin their own exploration of modernism’s legacy.

Some critics claimed Josipovici’s quest was as quixotic as the art he lauded. His book is more personal than academic – it’s a love letter to the trauma and tribulations that, for him, were at the core of modernist art. Now, seven years later, modernism has slipped back into our lives, back onto the shelves of bookstores, and back into the vernacular of authors who are looking back in order to look forward.

The debate that Josipovici started was not dissimilar to others in the past which had briefly flared up and then settled down. James Purdon wrote in a sympathetic review of Josipovici’s book that to answer why modernism and the popular market seem incompatible “would entail thinking hard about arts education, about publishers and prizes, and about the failings of critics and journalists”.

Purdon’s words would prove to be prophetic. Following the 2011 Man Booker Prize, in which the chair of judges Dame Stella Rimington championed “readability” and books that “zip along”, literary prizes and the publishing industry experienced something approaching a modernist epiphany. 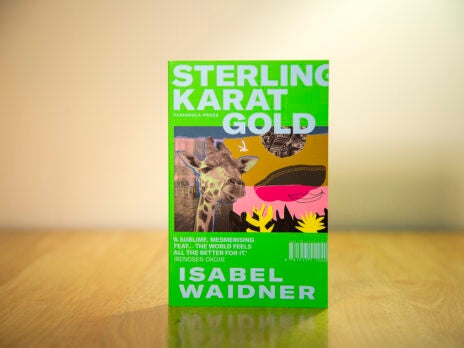 After the 2011 Man Booker, the Goldsmiths Prize was established in association with the New Statesman. To say this was in retaliation would be to editorialise, but it certainly went against the against the grain of literary prizes and framed itself as distinct from the Man Booker by awarding innovative and experimental fiction specifically. The director of the prize, Tim Parnell, originally entertained the idea as a personal curiosity – an experiment that was just as likely to succeed as it was to fail, much like the fiction that the prize intended to reward.

After her 2014 win Ali Smith reflected upon the Goldsmiths Prize’s influence, arguing that it had changed the literary landscape and “encouraged publishers to take risks”. Now in its fifth year and soon to announce the 2017 winner, it’s a good time to ask how successful the prize has been in breeding interest in innovative fiction and rekindling our love of modernism.

Some of the prize’s initial success can be attributed to its inaugural winner, Eimear McBride’s A Girl is a Half-Formed Thing in 2013, which then went on to win a wealth of prizes including the 2014 Bailey’s Prize for Women’s Fiction. With McBride’s win came the romantic story of trial and tribulation that the author experienced when trying to publish A Girl is a Half-Formed Thing. After being rejected by all the major UK publishers, it gathered dust in McBride’s drawer before being picked up by the independent Galley Beggar Press and published – nine years after it had been completed.

Other publishers had not said that McBride’s work wasn’t good, but that they didn’t know what to do with it. Apart from the harrowing subject matter – sexual abuse, Catholic guilt, depression and suicide – the book uses a stream of consciousness technique reminiscent of James Joyce, and its lack of commas creates a staccato rhythm to McBride’s poetic prose. It is a difficult read, and perhaps the publishers can be forgiven, but it is also a work that confirms that not all novels need to “zip along” to be rewarding.

Eloise Millar, co-director of Galley Beggar Press, told me last year: “I think there’s always a readership for these kinds of books… A Girl sold something like 57,000 copies, now that to me is extraordinary. That’s a lot of books – it’s an intense piece of fiction, and it’s a marvellous thing that it’s gained 57,000 readers.”

The gamble by McBride, Galley Beggar Press, the Goldsmiths Prize to write, publish, and award A Girl is a Half-Formed Thing paid off and revealed a desire among readers for “difficult” fiction, which shows no sign of abating. McBride’s second book The Lesser Bohemians was published by Faber and Faber (it had already bought the rights to Girl), ready to strike while the iron was hot on this newly revealed readership.

When The Lesser Bohemians was released it was reviewed in a number of major national and international papers and featured as a full-window display at Foyles on Charing Cross Road, in stark contrast to its predecessor’s struggle. McBride may remain a niche concern compared with the world of commercial fiction, but she and her peers are now being noticed in ways that they would not have been just a few years back.

One way of bringing attention to niche literature is a prize that challenges conventions. As Ezra Pound wrote, literature is news that stays news, and the literary prize is an effective platform to entice the public gaze to niche causes. Following from the Goldsmiths Prize’s example, the Republic of Consciousness Prize was set up to award and promote the work of small publishers, as exemplified by its inaugural winning press Fitzcarraldo Editions.

Jacques Testard of Fitzcarraldo Editions recently told me that “bigger publishers are less adventurous than ever and no longer publishing as many literary books as they might have done in the past. They’ve retreated from this literary space, opening up opportunities for publishers like Fitzcarraldo Editions, Galley Beggar Press, Tramp Press and And Other Stories to take risks on ambitious new writing and to publish some of the best new fiction being written in Britain and Ireland.” An award like the Republic of Consciousness, which has recently partnered with the TLS, can bring attention to ambitious writers and publishers.

Each year the Goldsmiths Prize invites the public to join in the discussion about how far the novel can go. Modernism, which had been largely confined to the seminar rooms of universities and the pages of academic journals, was being pulled into the public arena. Writers came out from under the shadow of their red rock to engage with Josipovici’s thesis, and modernism began its comeback. Tom McCarthy and Will Self, who have subsequently both been shortlisted for the Goldsmiths Prize, penned their own odes to modernism, citing Josipovici’s book as the start of a necessary debate.

McCarthy wrote that “in cultural terms, we live in deeply conservative times” while Self claimed that “Josipovici received his mandated three minutes of fame – after all, the British intelligentsia enjoy shaking the snow globe of their complacency”. Self’s Phone is the final part of his modernist trilogy, following Umbrella and Shark, and sits on this year’s shortlist alongside Playing Possum by Kevin Davey, which blends the life of TS Eliot with the formal wisdom of modernist poetry and crime fiction.

Winners of the Goldsmiths Prize have often talked about their relationship with modernism. Mike McCormack, who won the prize in 2016 with Solar Bones, said in an event that “Beckett and Joyce and Flann [O’Brienn] are giving me the quest […] there’s been a rejuvenation of the experimental pulse in Irish fiction.” Ali Smith, whose novel How to be Both won the 2014 Goldsmiths Prize, claimed to be “kind of married to modernism” in an interview with Andrew Marr on BBC Radio Four.

McBride has acknowledged her indebtedness to Joyce, writing that “reading Ulysses changed everything I thought about language, and everything I understood about what a book could do.” When asked at a literary festival about the spectre of Joyce, which has loomed large in reviews of her work, she said that “there are worst things to be compared to […] Joyce is a shorthand, it’s a way of talking about, particularly Irish writers who are interested in modernism.”

At an event to mark this year’s Goldsmiths Prize shortlist, Self recalled that “when I took Umbrella to my publishers, my editor his face was graven like stone at the shocking modernist turn ‘cause he just thought I’m not going to be able to market it.” But publishers can stop worrying: there is a market for modernism once again.

The winner of the 2017 Goldsmiths Prize will be announced on November 15. Read our reviews of the shortlisted books here, and Q&As with the authors here