Everything in moderation, including moderation, said Oscar Wilde, but I find moderation too difficult to joke about. Goldilocks was unafraid to sneer at both extremes of temperature, but history does not record how big her bowl of porridge was, nor whether she asked for seconds.

I live a fairly healthy life, with one exception. Part of the problem is my love of wine, but the other part is my dislike of most alternatives. Sugary beverages don’t appeal; water is boring; I hate milk. Recently, the capitalist thirst for exploiting all possible avenues of profit has led to proliferating choice in the soft drink aisles, and my beady eye has alighted on the fermented tea known as kombucha.

Initially, the drink’s dusty scent of health food-store worthiness caused me to wrinkle my nose. Too many beardy opportunivores swear by it; the claims made for its restorative properties are too grandiose. Some people allege it can cure cancer; others talk about health problems of decades’ standing, miraculously evaporated by an ancient Chinese drink that is created by allowing bacteria to party in a teacup.

Then a thought sourer than any fermented drink occurred to me: my aversion was a form of hypocrisy. Kombucha, after all, has strong similarities to wine – in fact, it generates a tiny amount of alcohol which, if you allow the process to continue long enough, increases to a mind-blowing 2 per cent: enough to terrify Americans, as was proven by a hysterical product recall back in 2010. (True to form, this resulted not just in fiercer government surveillance of kombucha but, at the other end of the retail shelf, in a beer known as Kombrewcha.) 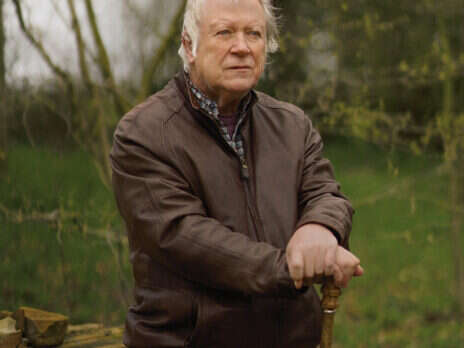 I love bread, cured meat, coffee: all products of fermentation. And I don’t actually have anything against opportunivores, whatever the state of their facial hair: we all have our own way of trying to save the planet, and eschewing packaged, processed food in favour of dumpster-diving isn’t the most futile. Also, I’m in favour of anything that will nourish our internal bacteria and kombucha seems to qualify. Apparently, the cells of the microorganisms that populate our insides outnumber our own cells by nine to one. As the daughter of a psychiatrist, I’m more used to hearing about the other kind of internal voice; it turns out there is an entire population inside me, clamouring for my attention, and it’s nothing to do with my psyche.

Kombucha is made using a “Scoby”, or “symbiotic culture of bacteria and yeast”: a sort of pancake that kicks off the fermentation process. The yeast and bacteria then convert the tea’s sugars into all kinds of health-giving organic acids. Some (malic acid, lactic acid) are familiar to me from wine; others (glucuronic or butyric acids) sound like insults employed by teenage boys.

Most commercial kombuchas I’ve tried have a sour hit more reminiscent of oxidised wine than sauerkraut; others cheat by adding too much sugar. Yet at last, this Goldilocks was rewarded. Royal Flush, by the Real Kombucha company, made from early buds of Darjeeling, has the delicate flavour of white flowers and an elegant bitterness that never veers into vinegar. Maybe it’s no coincidence that the company was founded by a reformed wine lover. Abstinence is admirable, particularly when monetised for the good of all, but I will stick to struggling with moderation, and to enjoying my defeats far more than my triumphs.

This article appears in the 29 Aug 2018 issue of the New Statesman, How politics turned toxic