Over three years, the Gaia Foundation and renowned photography curator Cheryl Newman invited 46 eminent photographers to capture the triumphs and challenges of 50 farming communities around the world for an exhibition and subsequent book, We Feed the World (Little Toller Books). Along with the journalist Francesca Price, they set out to create a series of extraordinary images and stories, drawing attention to the smallholder farmers who grow 70 per cent of the world’s food on less than a quarter of its agricultural land, as well as the traditional fishing communities who provide more than 50 per cent of the fish we eat.

“I have been working with photography for more than 25 years and I never cease to be astounded by its power,” says Newman. “It’s a compelling, exciting medium and a dynamic tool when used to communicate and engage with a global audience. I have witnessed photography bring change and empower lives many times.”

Demonstrating how small-scale farming not only provides the majority of the world’s food but also offers solutions to many of our current crises, the book focuses on the impact of climate change and the mass extinction of the world’s species, covering the pollution of our waterways and oceans to the diminishing health and well-being of our communities. Featuring farming communities across six continents, communities from Uganda to the UK, Burkina Faso to Finland, this important body of work shows the critical importance of supporting a food system led by small-scale farmers.

These communities find their livelihoods threatened by industrialised agriculture and commercial fisheries, while the industrial food system is responsible for between 44 per cent and 57 per cent of global greenhouse gas emissions. 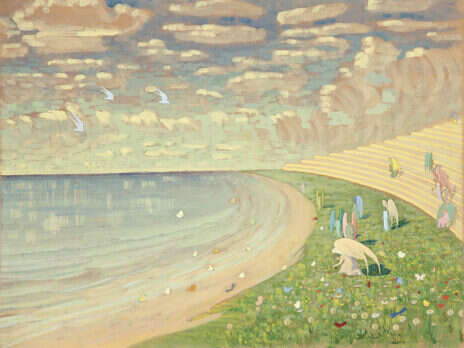 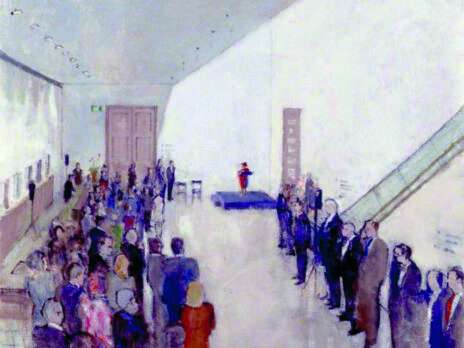 Architecture Notes: The Queen at the National Portrait Gallery

“Whilst their methods are diverse, the smallholder farmers and fisherfolk featured in We Feed the World are all, in their own ways, custodians of the fertile lands, clean waters, seeds, pollinators and wild relatives whose health is critical for both a truly sustainable food system and a stable climate,” says Liz Hosken, from the Gaia Foundation.

Reminding us of the importance of where and how our food is grown, the book’s touching and intimate portraits celebrate these farming communities and inspire us to support them and enable them to thrive. 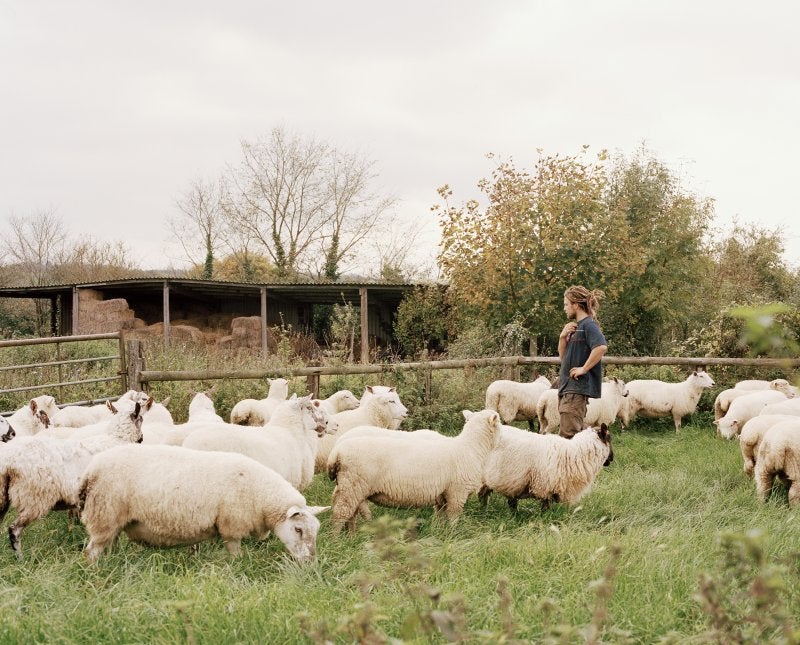 Glebe Farm has been in the Walrond family for 200 years. Its owners, Rob and Lizzie, have seen first hand the huge changes that have taken place in British farming, from the introduction of chemical fertilisers to the pressure of supermarket monopolies and the extreme weather patterns that now dominate food production in the UK. “There has always been unpredictability because it’s the weather and we’re in England,” says Lizzie, “but in the past you might have had a ruined harvest due to flooding or drought once every 20 years, now it’s happening far more often.” 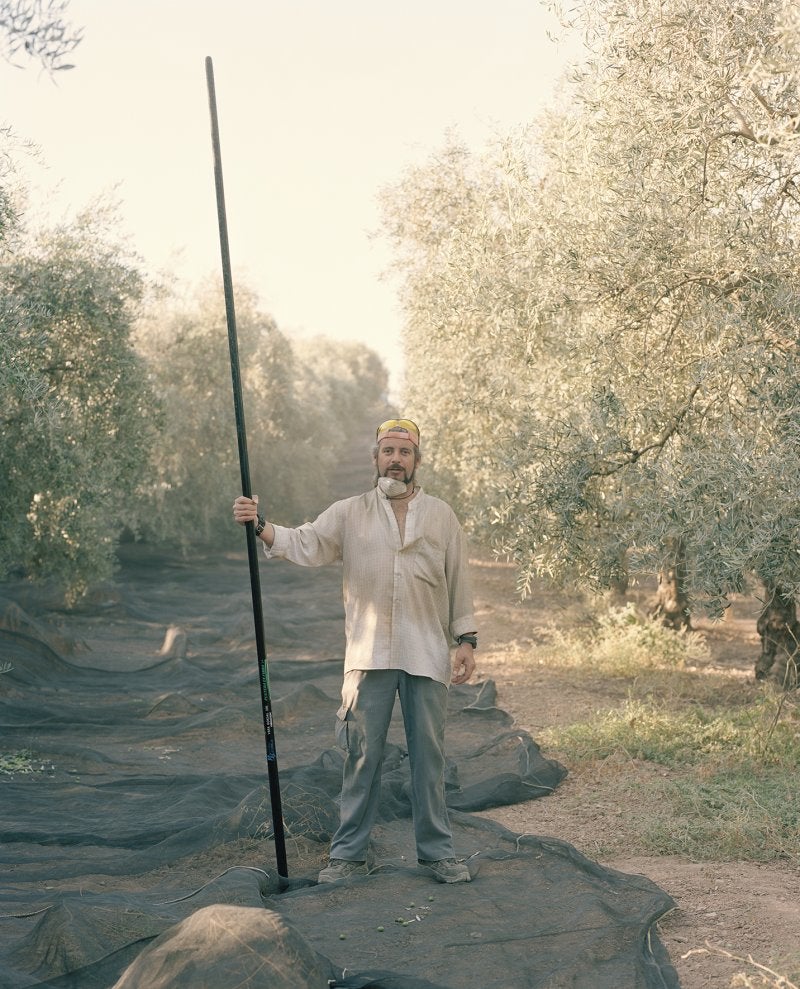 Without land or food, and fed up with decades of poverty, the residents of this remote town in Andalucía, led by their revolutionary mayor Juan Manuel Sánchez Gordillo, rose up and laid claim to the abandoned lands of the local nobility. After years of protest, occupations and hunger strikes, the town finally acquired 1,200 hectares in 1991 and started to plant the fields with food including peppers, artichokes, fava beans and broccoli. La Marinaleda offers an alternative social model that has proved its resilience and success: unemployment in the area, which was at 63 per cent in the 1970s, is now a thing of the past. 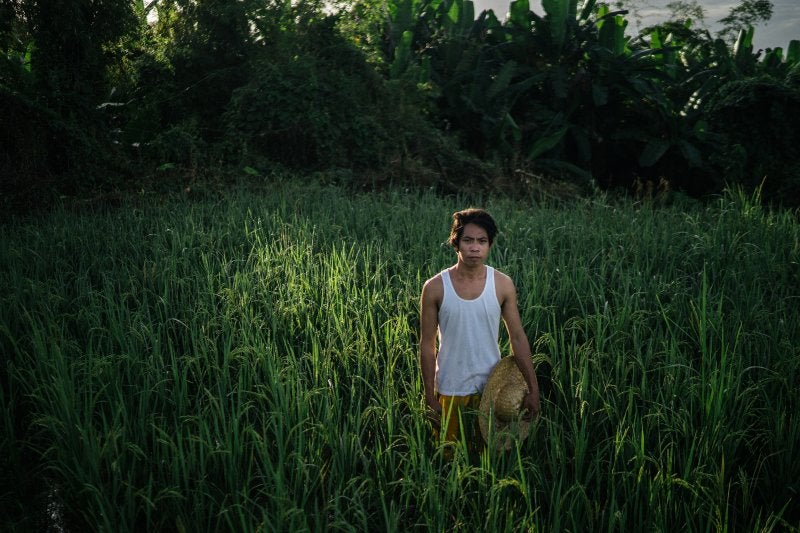 Like many smallholders around the world, the rice farmers of Zarraga found themselves trapped in a cycle of using chemical fertilisers to grow crops. What had initially been sold to them as a way of increasing their yields very quickly became a trap, leaving the soils depleted of nutrients and the farmers unable to grow anything without more chemicals. This cycle left these once self-sufficient farmers dependent on agrochemical companies, who sold not just chemical fertilisers but the rice seed engineered to depend on it. Farmers were forced to sign contracts that obliged them to buy all their inputs from the same company, which over time ended up costing them more than they could earn. Today, 40 farmers on the island have formed the Zarraga Integrated Diversified Organic Farmers Association (ZIDOFA) and are able to share what they have created working with the land, selling direct to their customers and earning far more for their hard work by cutting out exploitative middlemen. 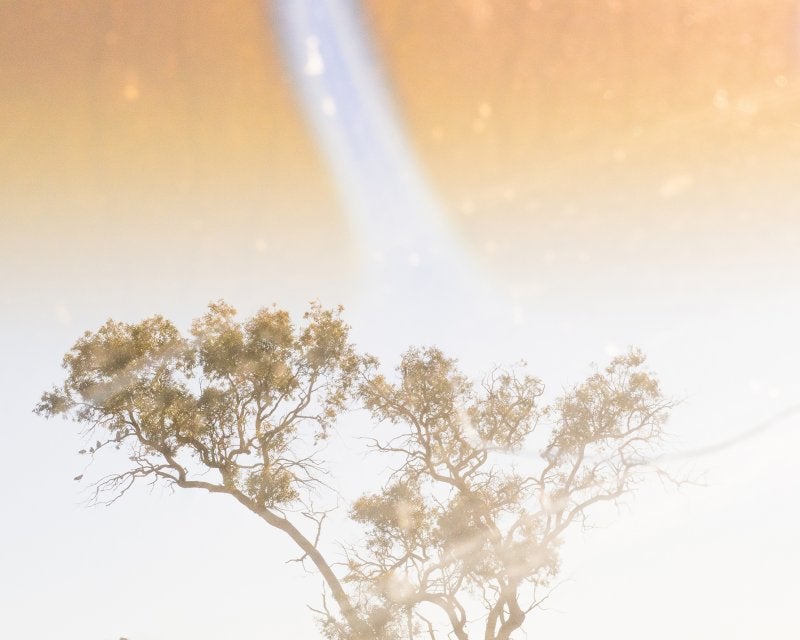 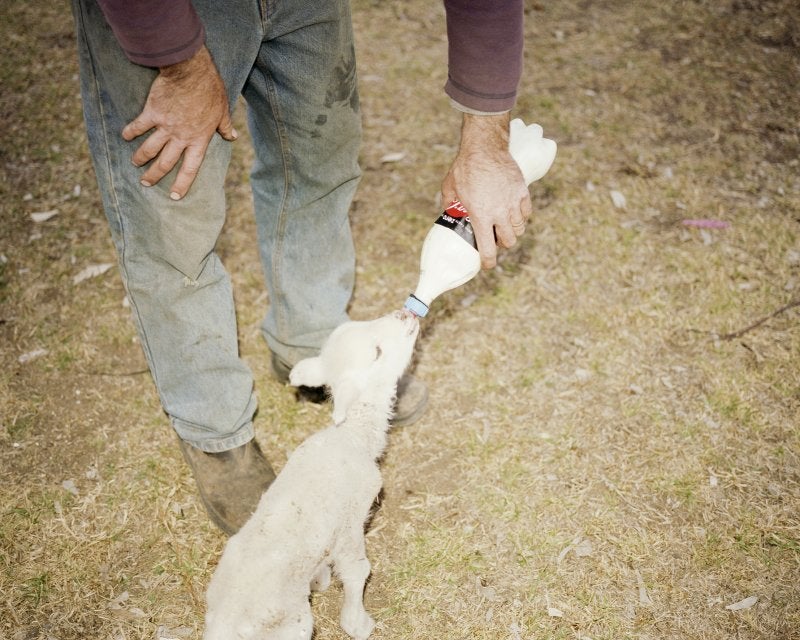 Colin Seis’s farm in New South Wales was all but destroyed 25 years ago in a devastating bushfire. He lost 4,000 sheep, all the buildings, and almost his life. The disaster left Seis without money to buy the chemical fertilisers that the farm had depended on for 30 years. Overnight, the family needed to find an affordable way to farm. Seis was the fourth generation on the land and had grown up hearing stories of the extraordinary diversity of the native grasslands that grew in the area. The grasses had evolved to tolerate the local soil conditions and the native varieties didn’t need chemical inputs. Using simple methods, Seis encouraged them to regenerate. He decided to follow nature’s lead and instead of ploughing up the fields, he tried planting cereal crops such as wheat, oats and barley straight into the grassland in winter months. This paid off, and the cereal crops flourished. Today, Seis’s idea is known as “pasture cropping” and is employed on three million acres around the world. 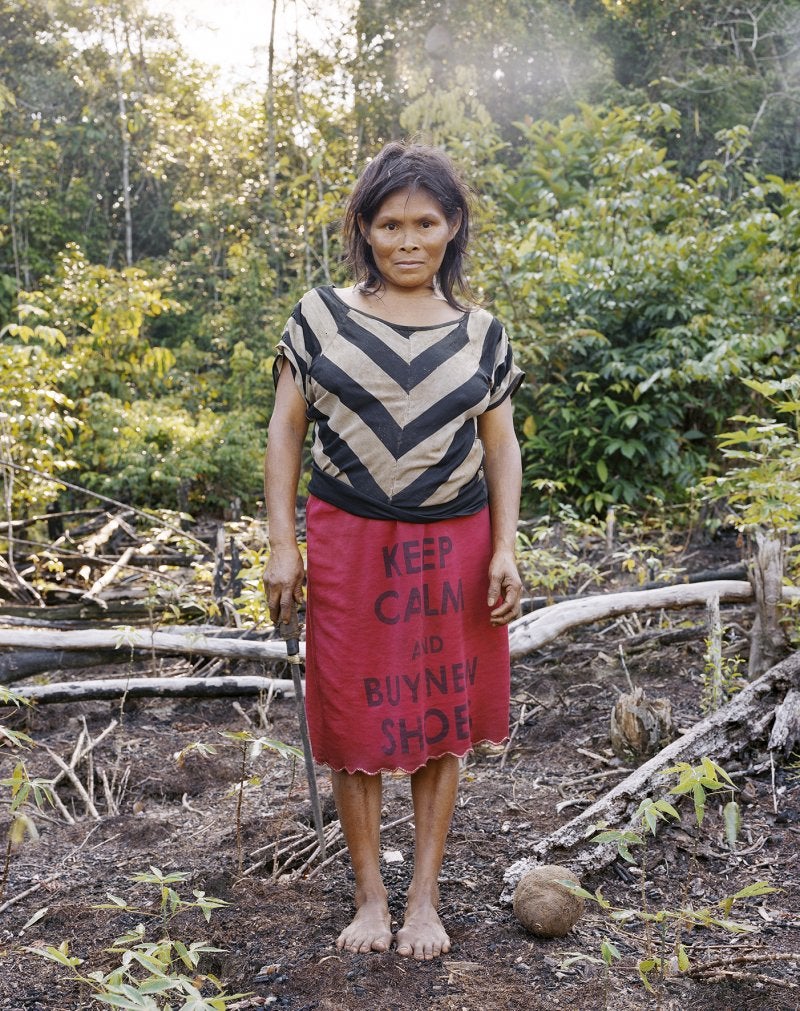 The community of Puerto Colombia lies on the Tiquié River in Vaupés, one of the most remote regions in the Colombian Amazon. There are no roads here and the only way in or out is by boat. The indigenous communities here live and thrive through a combination of hunting, gathering, fishing and small-scale farming. Each of the six families that live here has a “chagra”, or forest garden, where they grow more than 70 varieties of cassava, a dozen types of plantain, six varieties of pineapple and other tropical fruits endemic to the Amazon region. Families create their chagras by felling trees to open up a small clearing in the forest, allowing sunlight to reach the forest floor. Crops are planted here for three to five years before the garden is moved to another area, allowing the rainforest to regenerate naturally. By rotating the location of the chagras, the farmers mimic the natural cycles of decay and regeneration that occur when big trees fall, contributing to the biodiversity of the forest over thousands of years. 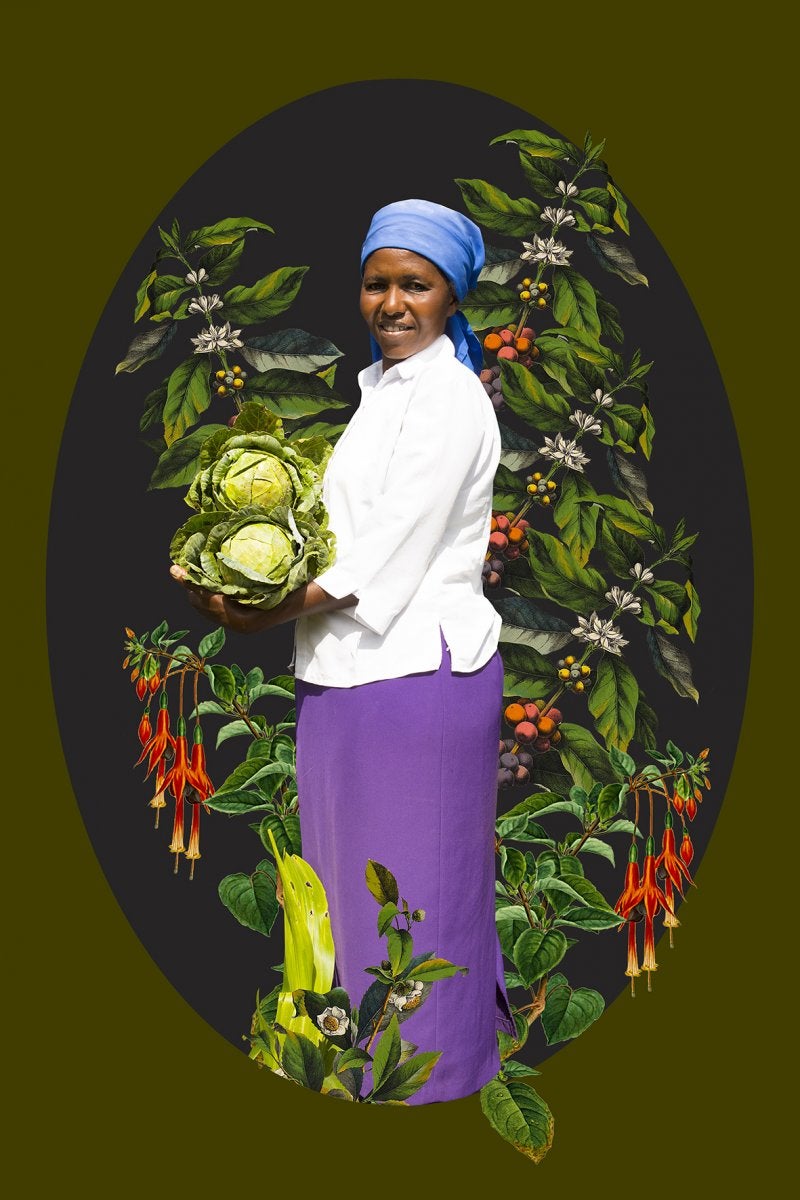 Since the 1970s, Kenya has suffered massive deforestation as a result of mismanagement, illegal logging, charcoal production and the reallocation of forest land for the production of cash crops. In the last 15 years alone, Kenya has cleared land equivalent to the size of Greater London, Berkshire and Surrey combined. The photographer Omar Victor Diop photographed seven women for We Feed the World, entitling his photographs “The Seven Graces” in reference to the goddesses in Greek mythology who were associated with fertility and nature. These women use agroforestry techniques to farm, planting trees on their land as well as crops. The women are all too aware of the water crisis facing Kenya and the resulting smaller yields, and are working with the Tree Foundation on the “20 million trees for Kenya’s Forests” campaign. The trees they plant can be pruned and used to feed animals or provide fruit or firewood, taking the pressure off the indigenous forests and reducing the women’s workloads. Their canopies provide cover for other crops and the soil while helping to improve its fertility through the organic matter that drops to the ground. Meanwhile, the roots of the trees ensure water reaches deep into the soil and helps prevent erosion, helping these farms return to the lush, food-filled landscapes they once were. 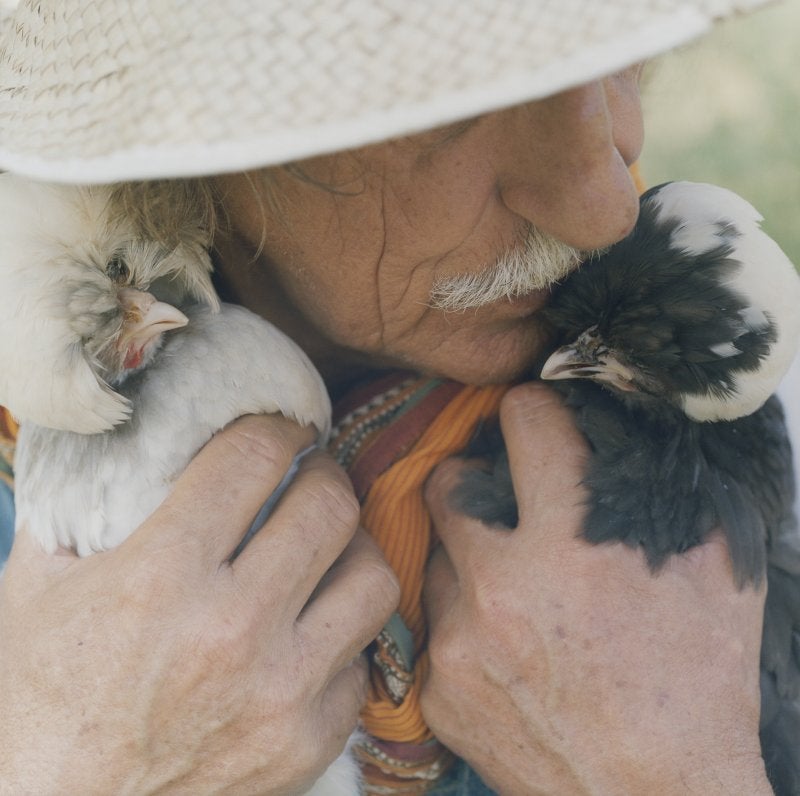 Guillermo Ferrer’s 42-acre farm is situated in the south-east of Ibiza town. Ferrer was born on the farm at a time when there was no electricity, bathroom or cars. “We had candles, hot water from the wood fire, two horses, two mules and a chariot. There were pigs, goats, sheep, chickens, turkeys, ducks and bees and a pond teeming with frogs, fish and all kinds of life – a real paradise for a child. At any time of day, there was magic calm between humans and nature.” When Ferrer returned to the farm after years of travelling, the land had become a desert-like panorama, almost devoid of life, with dying trees. Tourism had taken off and farm after farm had been abandoned in favour of hotels and infrastructure. Ferrer dreamed of following the tradition of his ancestors – creating not just a farm, but an oasis of life. Some 35 years later, his farm is now buzzing with more than 40 healthy beehives; insects have attracted birds, and with the birds have come the birds of prey. Ferrer’s land has more than 300 fruit trees and feeds more than 250 local families. “The deep vision is only to create life. A healthy ecosystem expresses life and beauty through all seasons, every day an abundance.”

We Feed the World is available through Little Toller Books at £30.