It’s been over 65 years since the racial segregation of schools in the US was declared “unconstitutional” by the Supreme Court in the Brown vs Board of Education case. But the US is still struggling to achieve genuine racial integration in its schools. A recent report found that most children in the US are in racially concentrated school districts: on average, non-white districts received $2,200 less per student than white ones, an unequal distribution of resources reflected in the attainment gap between majority white and majority non-white schools.

A new podcast from the New York Times argues that it’s not only governance and structural issues that create divides in education, but that “arguably the most powerful force in our schools” is “white parents”. In Nice White Parents, Chana Joffe-Walt explores how even well-meaning parents affect major education decisions that fail black and Latino children in low-income areas. Focusing on one middle school in Brooklyn through the decades since Brown, Joffe-Walt – a nice, white parent herself – makes a powerful case that middle-class white people, who ostensibly believe in desegregation, reinforce racial divides.

In 1963, a group of white parents persuaded governors to build the school, intended to sit in a poor, black neighbourhood, closer to a white one. (Then, they argued, they would send their kids there, creating a more integrated environment. After all, they didn’t want their own kids to be part of some “small, white middle-income clique”.) The school moved, but none of their children went: it remained segregated, and became less accessible to those who needed it.

In recent years, a group of white parents really did send their children to the school, en masse, on the condition of a new French-language programme. The result was not equality. Instead, white students excelled on a separate academic track with ring-fenced funding, and stark racial divides began to appear within the school itself. “Everyone was in the same school together, but there was no equalising,” Joffe-Walt explains. “We can be in the same school together and not be equal, just like we can be in the same country together. It’s not enough. What do we do about that?”

Audio Long Read: The making and meaning of Giorgia Meloni 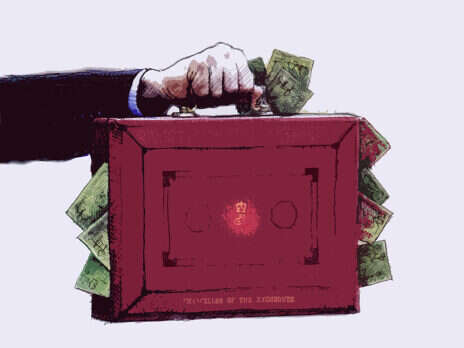 The Tories’ plan to make the rich richer