Cariad Lloyd was only 15 when her father died, and in her own words, they “didn’t have the greatest relationship at that time”. Almost 20 years later, she found she was still travelling through different forms of grief. So she began Griefcast, a podcast that she sees as “a chance to talk, share and laugh about the weirdness of grief and death – but with comedians”.

The result is a surprisingly funny and frequently moving series that explores the pain, confusion and above all love that all grieving people feel. Over the course of each hour-long episode, guests such as Adam Buxton, Robert Webb, Sara Pascoe and Gemma Whelan remember the people they have loved and lost. They tell the story of that person’s life and death, and talk about their own experiences with grief. Lloyd chats cheerfully about loss and often jokes about “the club” that all those who have lost a loved one find themselves in, and everyone will eventually join.

There is black humour, as well as the laughter of relief that comes with recognition, as Lloyd bonds with guests over magical thinking or death anxiety. And there are tears, too. While Lloyd often comforts crying guests, in a particularly painful recent episode she cries as she listens to the music writer Jayson Greene talk about his daughter, Greta. Greta died in a terrible accident when she was two years old: sitting on a park bench, a falling brick from a crumbling windowsill hit her head. “This was not just tragic,” Greene says. “It was meaningless.” But the particular horror of his story doesn’t stop him from coming to profound conclusions about the nature of love and life after death. In fact, Griefcast reminds us that while there is no “hierarchy of grief”, and no two stories of loss are the same, we are united by our most powerful feelings.

The fight to prosecute Syrian war criminals | With Joumana Seif 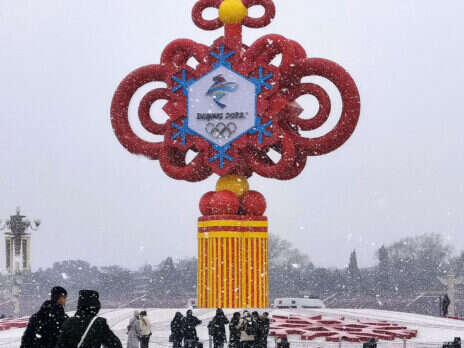 What the Winter Olympics reveal about China’s zero-Covid strategy