It’s never too late: that’s the lesson you learn if you’re lucky enough to meet Judith Kerr. At 92, the author of When Hitler Stole Pink Rabbit and The Tiger Who Came to Tea – not to mention the Mog books, based on the escapades of a family cat – seems as vital as anyone half her age. When we first met, at the Cambridge Literary Festival this year, she fairly raced me up the stairs. Most days, she takes a long walk from her house in Barnes, south-west London, over the railway bridge to Chiswick, and carries on to Hammersmith.

“I take the bus back,” she allows. But her energy is not confined to physical exertion. As we start to discuss her new book Mister Cleghorn’s Seal, she makes a startling statement. She struggled with writing this on, she tells me, because it was “very odd”.

“Just about everything I’ve done,” she says thoughtfully, “even the picture books . . . they’re autobiographical in some way. The books about Mog, they’re all the things the cats did. And Pink Rabbit, of course.” When Hitler Stole Pink Rabbit, first published in 1971 and now acknowledged as a classic around the world, is based on her family’s hair’s-breadth escape from Hitler’s Germany in 1933.

“But this is totally fictional. All the characters are invented.”

I stop to think for a moment. “So, it’s fair to say this is your very first fiction?”

But it isn’t the only first that Judith Kerr has achieved this year. The beloved Mog was resurrected for the Sainsbury’s Christmas advert; the accompanying book, Mog’s Christmas Calamity, sold 74,453 copies in the week of its release, giving Kerr her first appearance in the number-one spot in the UK top 50 book sales charts. (It also became the first picture book that wasn’t published on World Book Day to accomplish this.)

Remarkable achievements – but Kerr is a remarkable woman. Delicate and birdlike, perched on her sofa, she looks cautiously pleased with herself. This bestselling author has only ever wanted to make a modest living from her books; she had no larger aim than that. Her focus is on her work: drawing more confidently, developing her powers of invention. But she confesses that the premise, at least, of Mister Cleghorn’s Seal has a basis in fact. “Well, my father did have a seal on his balcony,” she says, as if that were the most natural thing in the world. For Alfred Kerr, however, it was.

The book tells the story of a retiring sort of man, Mr Albert Cleghorn, who heads off to the seaside to visit his cousin. While he is there, he rescues a seal pup that has lost its mother – and ends up bringing it back with him to live on the balcony of his city flat despite the janitor’s injunction against pets. It’s a gorgeous chapter book, perfect for beginning readers, the story illuminated with Kerr’s adorable pencil drawings. The afterword relates how, before she was born, her father was staying by the sea and rescued a baby seal. The little fellow was transported home with Alfred Kerr to live on an urban terrace.

But Alfred Kerr was nothing like the humble Mr Cleghorn. Although his name is barely known in Britain – and for a long time it was erased in his native Germany – Judith Kerr’s father was one of the best-known writers of his day. A theatre and culture critic, the author of books of poems and travelogues, he was admired and feared in equal measure. He knew everyone in his literary and political world and everyone knew him.

He was born in 1867 in Breslau, which became part of Poland after the Second World War. By 1928, when a “book of friendship” – a collection of essays and tributes – was published in Berlin, the list of contributors “read like a who’s who of contemporary German letters”, wrote Susan Reed, the curator of German printed books at the British Library. Deborah Vietor-Engländer, who is working on a biography of Kerr and has ­edited new editions of his work, struggles to find a modern comparison for the reach and influence of Kerr’s writing. “He was much more famous than James Agate or Bernard Levin ever were. Everybody knew him,” she says. “I’ll give you a lovely example. There was a very famous German playwright in the 1920s and 1930s and then after the war, in the 1960s – Carl Zuckmayer. Early on in his career, Kerr had always given him bad reviews, but at the premiere of one of his plays, Zuckmayer’s mother came to see him backstage and told her trembling son that Kerr had smiled twice during the performance. It sounded like, ‘If the hangman is ill, then the execution is postponed,’ Zuckmayer said in his autobiography. So that was the beginning of Zuckmayer’s career. Kerr could make or break a writer.” 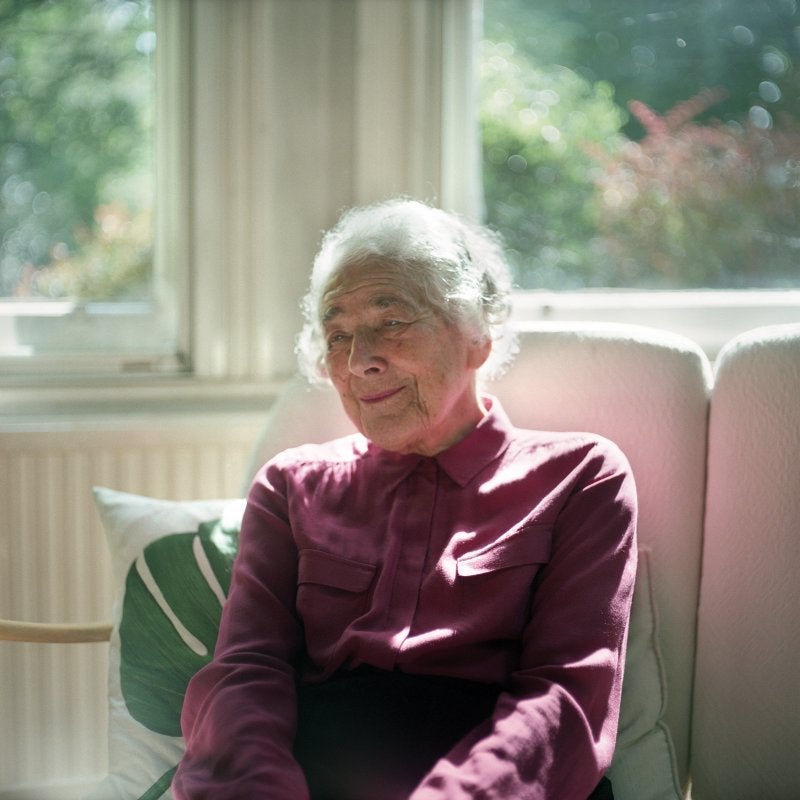 Yet his tastes didn’t always chime with 20th-century sensibilities. He and Bertolt Brecht, for instance, loathed each other. Kerr detested Brecht’s work.

Alfred Kerr died when his daughter was only 25 years old. He was much older than her mother and, as Judith wrote in Creatures, the illustrated autobiography published on the occasion of her 90th birthday, his English was not good enough for him to remake his illustrious literary career in Britain. It was Kerr’s mother who made ends meet for the family in the years after the war: however hard her father tried, he never established himself in his new home. But it seems clear from the loving way that she still speaks of Alfred – astonishingly, nearly 150 years after he was born – that there must have been much consolation in the bond between them. They were very close.

“I suppose it’s very often like that,” she says. “My mother and my brother were very close. They were quite alike in many ways and I was with my father. I remember sort of knowing it when I was quite small. He used to teach me the odd German little verse and stuff; I used to go and find him in his room. I remember it with newspapers piled high that I had to wade through: I’m sure it wasn’t quite like that but I was very small! His room had a radio in it. There weren’t many then, it was so rare. He used to talk on the radio, before they stopped him. Quite often it was funny, even when he was warning against Hitler.”

Alfred Kerr was warning against Hitler very early on. His work was put on the pyre when the Nazis came to power. He escaped from Germany when he got wind that his passport was about to be confiscated; he took the next train out of the country and his wife and two children followed him shortly afterwards – as “Anna” and her family do in Pink Rabbit.

“He always had a very strong sense of Jewish ethics,” Judith says of her father now. “He was brought up in the Jewish faith but he decided at about 20 that he didn’t ­believe in God. People used to ask us why we didn’t go to RE classes at school and, aged five, I used to say, ‘I am a freethinker!’ which is what I had been told I was.” His ethics led him to be outspoken; his Jewishness put him at risk. Vietor-Engländer mentions a poem from 1931, entitled “Grammar Lesson”, which plays with the words “invoke”, “evoke”, “conjure up”: he alludes to the way that Hitler invoked mass murder and no one intervened. “He would always speak out,” his daughter says simply.

Alfred Kerr and his family were refugees, taken first into Switzerland, then France and finally Great Britain. And now here we are, all these years later, in a beautiful sitting room fronting on to Barnes Common, surrounded by souvenirs that reflect Judith Kerr’s long and happy marriage to the writer Nigel Kneale – whose serial The Quatermass Experiment was a landmark in British science fiction – and also the lives of her children: her daughter, Tacy (a painter who has also created special effects for the cinema, including the Harry Potter films), and her son, the novelist Matthew.

I ask what Kerr makes of the refugee crisis afflicting Europe now. She shakes her head. “I don’t know any better than anyone else,” she says. It is clear that she views her experience of being a refugee as very different from much of what we hear on the news. For one thing, the British government knew who Alfred Kerr was: she shows me an enormous file of papers, retrieved from the Public Record Office at Kew, which show the painstaking process that her family had to go through to become naturalised as British citizens. And, she says, the world is a much smaller place now. “In the 1930s, people on the other side of the world had no idea what went on anywhere else – and now everyone knows everything, more or less. And they can get on a plane. My father loved all new things. He was very enthusiastic about this wonderful new world, where you could get to America in only five days!” He insisted on flying for the first time when he went to Germany in 1948. He died there the same year, in the country of his birth.

For a long time, that “new world” forgot all about Alfred Kerr. The Nazis had erased the memory of his work. But in recent years there has been a resurgence of interest in Kerr. Wo liegt Berlin? – a collection of his weekly letters – became a surprise bestseller in Germany in 1997 and the money from that was used to set up a prestigious theatre prize in his name.

“He was a remarkable man,” his daughter says, her face lit with recollection. She tells me that his rescue of the little seal exemplified his love for animals, all animals. Once, she says, having discovered a mass of stranded jellyfish on the beach, he spent the whole morning throwing them back into the waves. I point out that the jellyfish were probably less appreciative than the seal was. The creator of Mog laughs and wags her finger at me. “We don’t know – jellyfish may have beautiful minds!”