In the years around 1910, the Slade School of Art had what one of its tutors Henry Tonks called “a crisis of brilliance”, when its intake included an extraordinary cluster of artists who would go on to paint the defining images of the First World War – the likes of Paul Nash, CRW Nevinson, Mark Gertler and Stanley Spencer. In 1959, it was the Royal College of Art’s turn: among its students were several figures who would help define the look of the 1960s, among them David Hockney, RB Kitaj, Derek Boshier and Allen Jones (although Hockney remembers the staff thinking this intake was “the worst they’d had for many, many years”).

One of the most precocious members of the cohort of 1959 has, however, been largely overlooked. Frank Bowling, a Guyana-born painter who moved to England in 1953, aged 19, was the RCA’s silver medallist on graduation in 1962 when Hockney was awarded the gold. It was Bowling, though, who had been destined for the top spot, until he scuppered his chances by marrying the assistant registrar Paddy Kitchen. As liaisons between staff and students were forbidden, he was temporarily expelled; his blackness added an extra frisson to the episode. 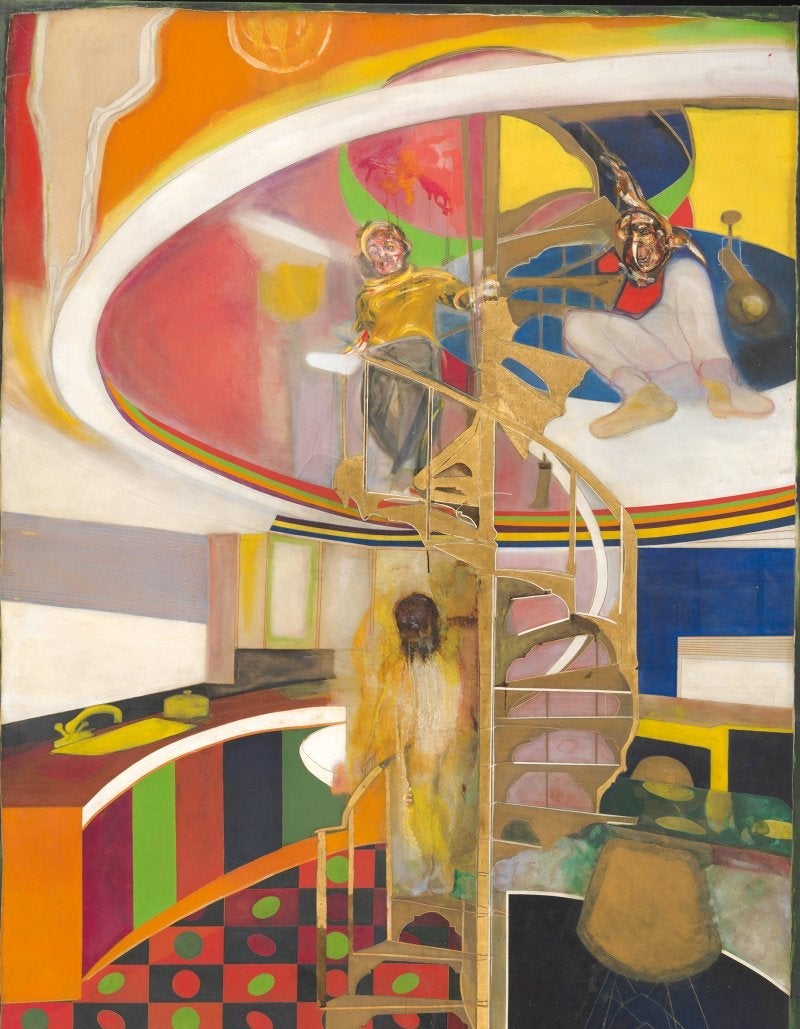 That same year Bowling had his first one-man show – but then his progress in London stalled. He was overlooked for the important survey exhibition “The New Generation: 1964” at the Whitechapel Gallery and when, two years later, he was chosen to represent Britain at the First World Festival of Negro Arts in Dakar he’d had enough. “I’m not a black artist, I’m an artist,” he protested. “The tradition I imbibe and the cultural ramifications are British.” He decided that if Britain saw him as an outsider he would become one, and left for New York. It was to be a decade before he lived in London again, although for many years now he has divided his working life between the two cities.

What does it really mean to forgive?

This jumbled artistic identity is part of the reason Bowling, now 85, has remained so much less well known than his RCA peers, something the retrospective staged by Tate Britain seeks to put right. Another reason is that it is hard to define exactly what a Frank Bowling painting looks like. 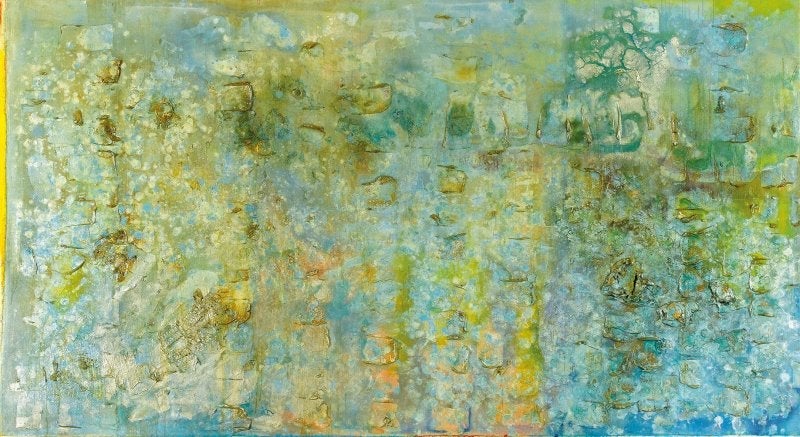 In the 1950s and early 1960s he was largely a figurative painter, heavily influenced by his then friend Francis Bacon and often dealing with memories of his family and childhood. At the RCA his tutor, Carel Weight, had warned him that if he experimented with abstraction he would be thrown out – and indeed Bowling remembers his contemporaries making “many jokes about abstraction”. With his move to New York, however, and a burgeoning friendship with the critic Clement Greenberg, the champion of abstract expressionism, he began laying his large canvases on the floor or pinning them to the wall and making physical and increasingly abstract pictures. One series featured ghostly map outlines covered with washes of high colour that filled every inch. From the mid-1970s he began to experiment with poured or thrown paint, often with objects and gel embedded into the surface.

Bowling describes himself as a “formalist” – that is, interested in how the materials of a picture and the way they are used engage the emotions. It is such concerns – “paint’s possibilities”, in his words – rather than social comment that he believes should be at the core of a black aesthetic in art. 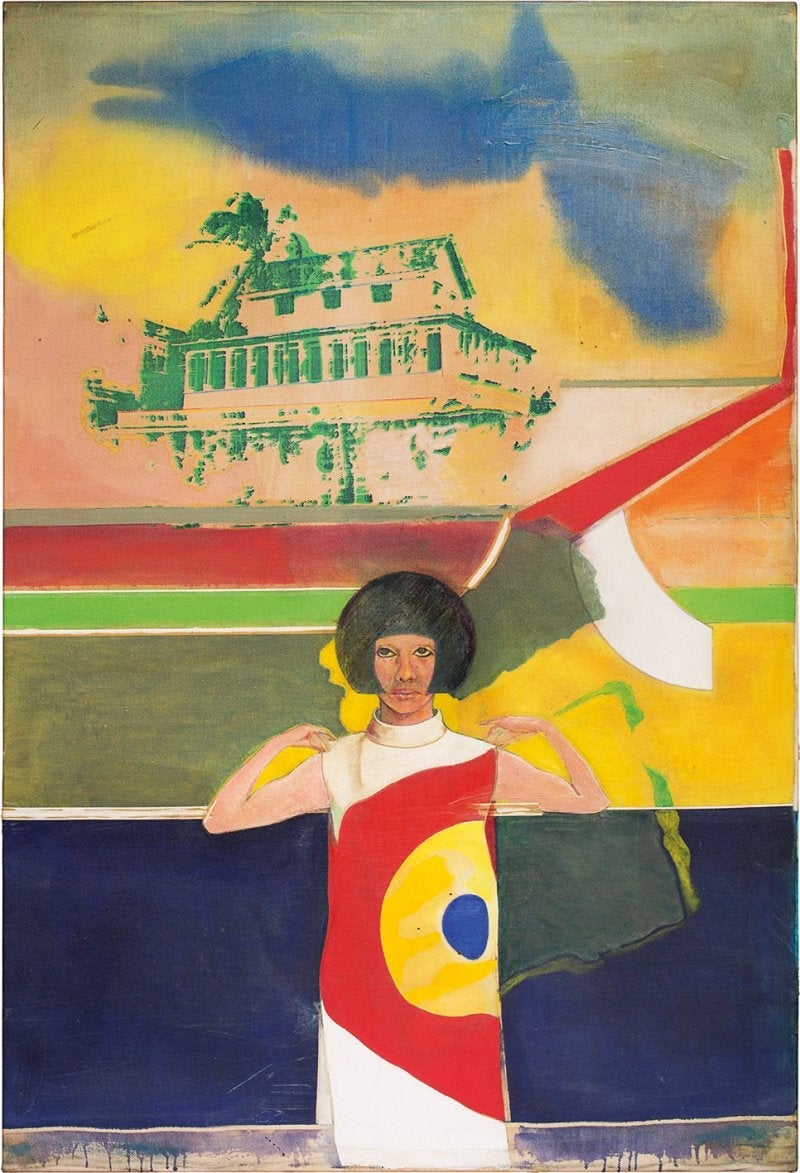 There are hints of his own urge to experiment in the key painting of his London years, Mirror of 1964-66. A colour-rich vertical image, it offers a selection of the styles available to the young artist at that moment in time. At the centre is the spiral staircase of the RCA and Bowling himself features twice – at the top and bottom – with his then wife Kitchen in the middle. The deliquescing figures are reminiscent of Bacon, the wavy swathes at the top hint at American colour field painters, the kitchen units have the hard-edge consumer modernity of pop art, while the floor tiles hint at op art. The Eames chair is probably a reference to the affair between the designer Charles Eames and Bowling’s wife: the marriage ended with the completion of the picture. 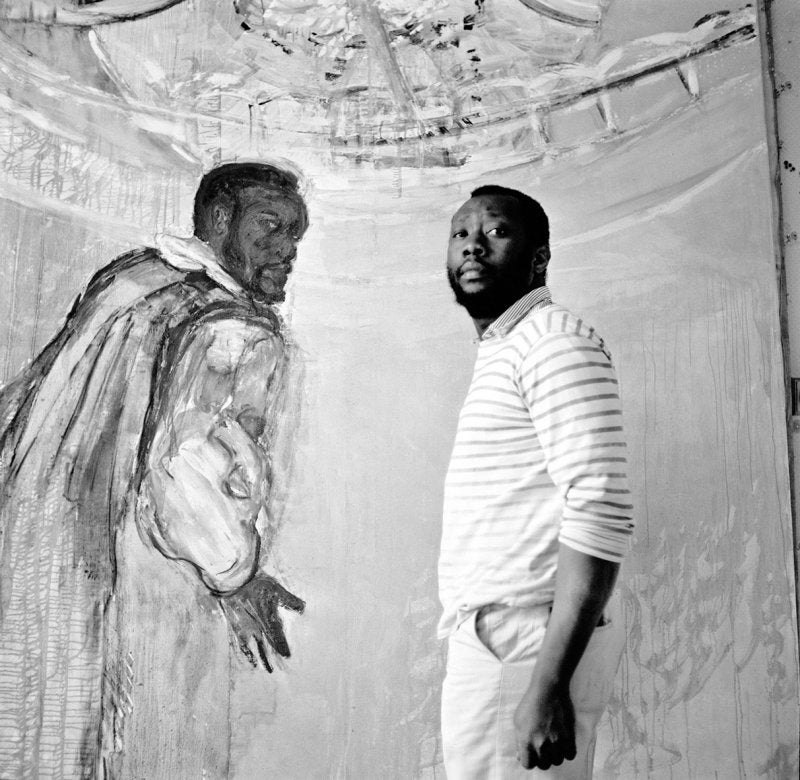 The artist with his 1962 Self-portrait as Othello

Although his abstracts can look entirely random, Bowling is a careful artist. He wrote regularly for Arts Magazine between 1969 and 1972 and has thought hard about what he wants paint to do. Even with his poured works he says: “Everything is structured, I know what I’m doing.” The very physicality of the pictures is less about unpredictability than adventure. It is that feel of the painter directing what is happening that stops the pictures being merely technical experiments. However, what is rarely discussed when his name crops up is how beautiful his richly-worked and complex surfaces can be. Exciting too: as he said, “I still get a lot of juice out of abstraction.”