Speak to many film professionals today and you will hear the same cry: Give me a series! It’s not only the security of a long-term contract. There is also the attractiveness of high-calibre writing and the relative liberty of working for an AMC or an HBO, a Netflix or an Amazon, compared to a movie studio.

Directors such as Todd Haynes (who made Mildred Pierce for HBO during a seven-year hiatus from cinema that ended last year with Carol) and Steven Soderbergh (who has defected permanently to television and is currently in negotiations for a possible third round of his Cinemax series The Knick starring Clive Owen) both speak of the creative freedoms afforded them in the TV world.

Soderbergh is currently lining up a new HBO show, Mosaic, which will star Sharon Stone and Garrett Hedlund. It’s been described as an interactive, “choose your own adventure” experience that allows viewers to follow different narrative paths, presumably in the manner of the once-popular children’s books: “You find a sword. If you pick it up and slay the dragon, turn to page 48. If you, like, can’t be bothered or whatever, turn to page 65.”

The boundary between TV and film performers was once rigidly patrolled, with television the training ground for cinema; once an actor moved up to the major league, there would be ignominy in returning to the practice yard. It’s a truism to say this is no longer the case. 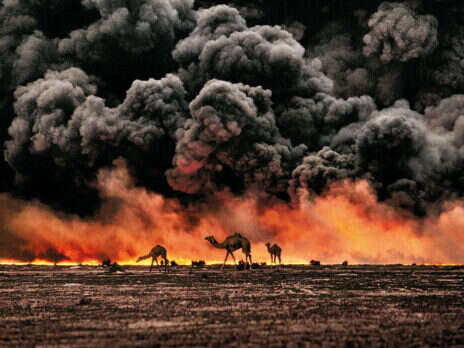 The bonfire of the Middle East

The traffic of familiar faces flows freely back and forth without snobbery or preconceptions. And though there are still actors who can be TV A-listers while remaining unknown in the film world – Sarah Lancashire (Happy Valley) and Suranne Jones (Scott & Bailey), both former residents of Coronation Street, spring to mind – it is more common now for a performer’s star value to be bankable across the TV/cinema divide.

A case in point is Bryan Cranston, who was a reliable and recognisable TV actor for many years, often in a comic capacity (Seinfeld, Malcolm in the Middle), before he became an outright star for playing an accidental crystal-meth kingpin in Breaking Bad. In Cranston’s case, his TV success must have helped push Trumbo into production, a new film in which he plays the screenwriter Dalton Trumbo (Gun Crazy, Roman Holiday, The Brave One), who continued writing under other names after being blacklisted for being a Communist.

Like some of the other movies that have addressed the same dark period in Hollywood’s history (Guilty By Suspicion, One of the Hollywood Ten), Trumbo is all conscience and no panache. Cranston doesn’t discredit himself in the lead – he is studied, level-headed and workmanlike, and he has one wordless and especially powerful scene, when he is humiliated during a body search before being admitted to his prison cell.

But it’s ironic that a man who got his breakthrough in a TV series with cinematic ambitions should now be the star of a movie that resembles television at its most unadventurous. Sure, he got a Best Actor Oscar nomination. But that figures. Hollywood adores him (rightly so) but it also loves atoning for its sins in drearily respectable dramas like Trumbo.

My favourite example of the richness that can come from the modern-day relaxation of border controls between TV and cinema is the case of Alec Baldwin. Here is an actor whose career has been at various points promising, fascinating and mysteriously self-sabotaging. But Tina Fey’s fiendishly inspired NBC sitcom 30 Rock has been his salvation. Having only caught occasional episodes of it over the years, I am currently picking my way through every minute of it and marvelling at the interplay between Baldwin’s real-life persona and career and that of his character, Jack Donaghy.

When this sort of thing is done badly, it can capsize a scene and even an entire movie – the new superhero comedy Deadpool, which features Ryan Reynolds in character cracking jokes about Ryan Reynolds, is a particularly grisly example. But 30 Rock gets the balance right in a way that creates a dazzling comic frisson.

There are numerous references to Baldwin’s filmography but the boldest overlap yet occurs in the 100th episode when Donaghy launches into a warning against the dangers of movie stars appearing on television. What it amounts to is a précis of Baldwin’s own career:

“Do TV and no one will ever take you seriously again. It doesn’t matter how big a movie star you are, even if you had the kind of career where you walked away from a blockbuster franchise or worked with Meryl Streep or Anthony Hopkins, made important movies about things like civil rights or Pearl Harbour, stole films with supporting roles and then turned around and blew them away on Broadway. None of that will matter once you do television. You could win every award in sight. Be the biggest thing on the small screen [but] you want to hit rock bottom again? Go on network television.”

The joke, of course, is that 30 Rock didn’t sink him – it saved him. Bryan Cranston is a fine actor whose career won’t be waylaid by a few dull choices. But it would be encouraging to see the goodwill he built up from Breaking Bad (or from being great in poor movies such as Argo) being parlayed into movies that took chances or played with the form in some way, as shows like 30 Rock and Breaking Bad have been able to do.

Dalton Trumbo was a firecracker of a writer; it’s a shame that the movie that now bears his name lacks any of the sizzle he brought to the screen.

Trumbo is on release.