The ne plus ultra of our lying down,
Skeleton riders see the planet peeled
Into their helmets by a knife of light.
Just so, I stare into the racing field
Of ice as I lie on my side and fight
To cough up muck. This bumpy slide downhill
Leads from my bed to where I’m bound to drown
At this rate. I get up and take a walk,
Lean on the balustrade and breathe my fill
At last. The wooden stairs down to the hall
Stop shaking. Enough said. To hear me talk
You’d think I found my fate sad. Hardly that:
All that has happened is I’ve hit the wall.
Disintegration is appropriate,

As once, on our French beach, I built, each year,
Among the rocks below the esplanade,
Houses from driftwood for our girls to roof
With towels so they could hide there in the shade
With ice creams that would melt more slowly. Proof
That nothing built can be forever here
Lay in the way those frail and crooked frames
Were undone by a storm-enhanced high tide
And vanished. It was time, and anyhow
Our daughters were not short of other games
Which were all theirs, and not geared to my pride.
And here they come. They’re gathering shells again.
And you in your straw hat, I see you now,
As I lie restless yet most blessed of men.

An earlier version of this poem was first published in the New Statesman of 18 April 2014.
Clive James is a poet, critic and broadcaster. His most recent book is Poetry Notebook: 2006-2014 (Picador).

Often away on business though no-one
seemed to know what Uncle’s business was.
He’d return from Timbuktu, North Pole or Mars,
cigar-smoking, proud of his new bought Bentley.

Not always a Bentley. Sometimes a cavalier Rolls
or some other post-war car made in Heaven.
“Sam juggles cars like he juggles lemons,”
Dad grumbled. We owned an Austin 7.

Once, with three lemons, Uncle entranced me.
He danced over watchful one-eyed daisies
juggling a choreograph of lemons. Funny, freckled
red-haired Uncle. Such beauty of balance!

He could do it with whisky wizardry,
kneeling on the floor, singing a Fred Astaire song
but Mother disapproved of war-hero Sam.
“Generous with other people’s money. Scab. Cheat.”

“Not a cheat,” Dad frowned. “A juggler, yes,
a meshugana charmer and chancer, yes. Always
was, always will be till his name’s on the slab
he’ll throw up Sour till it comes down Sweet.”

No exemplar, but misled, I was in awe of Sam.
They said at Ypres he had killed ten Huns.
Asked about his medals he fled into silence,
then winked, “They gave me them for juggling lemons.”

That was whisky-glib years ago. Now no more
cars, leaping lemons. At Sam’s funeral, drama:
Aunt numb and an unknown woman weeping
comforted by a freckled, red-haired son.

In the trance of Belief there are spaced-out gurus,
wild messiahs, and can-do men like Sam,
tight-rope stars, in god-fearless equipoise,
they speak to a child and to the child in man.

First published: 8 August 2014.
Dannie Abse, a Welsh poet and former doctor, died on 28 September 2014, aged 91. His final collection of poems, Ask the Moon, is newly published by Hutchinson. He was awarded a CBE in 2012. 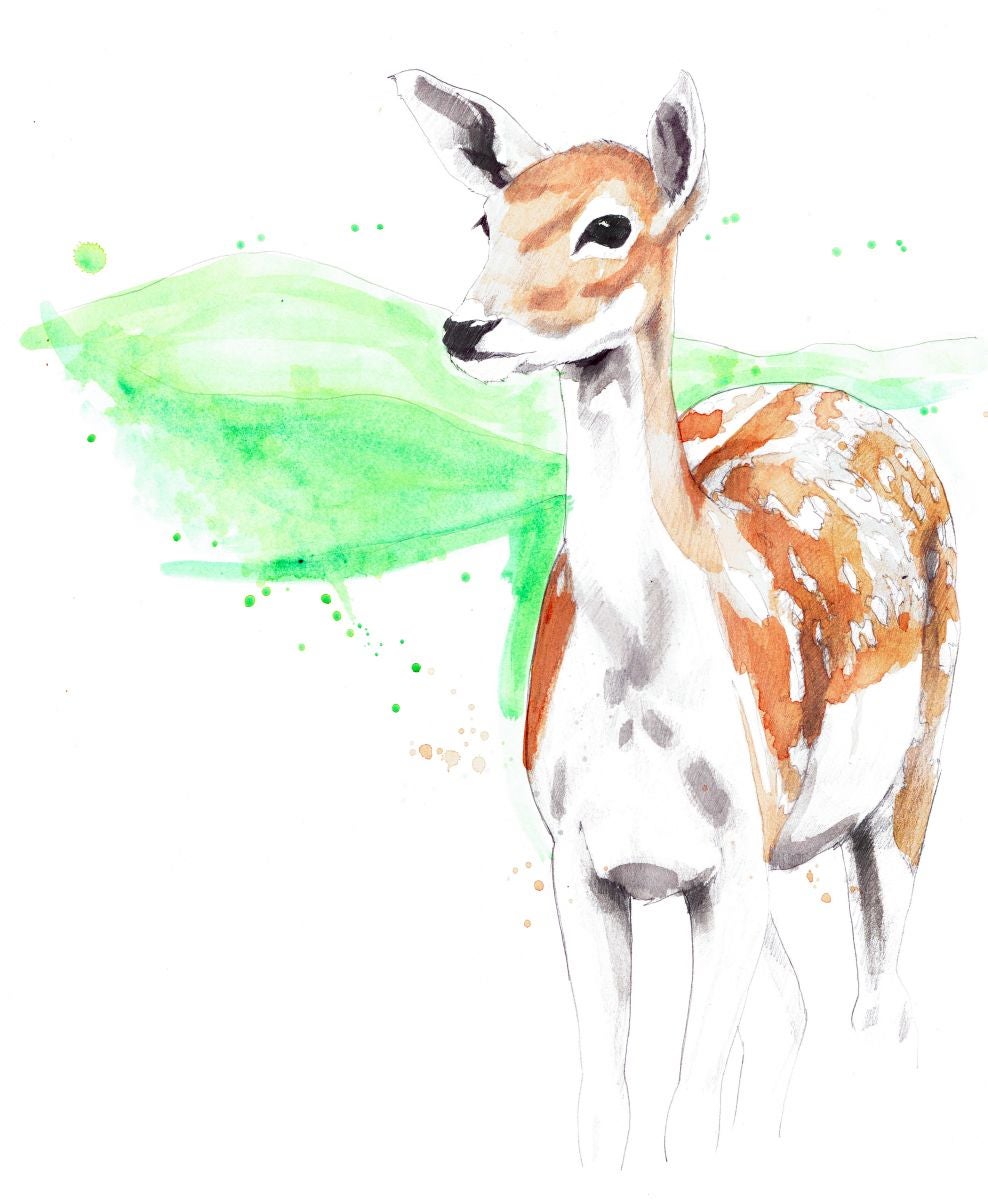 Walking in a waking dream
I watched nineteen deer
pour from ridge to glen-floor,
then each in turn leap,
leap the new-raised
peat-dark burn. This
was the distaff side;
hinds at their ease, alive
to lands held on long lease
in their animal minds,
and filing through a breached
never-mended dyke,
the herd flowed up over
heather-slopes to scree
where they stopped, and turned to stare,
the foremost with a queenly air
as though to say: Aren’t we
the bonniest companie?
Come to me,
You’ll be happy, but never go home.

First published: 28 February 2014.
Kathleen Jamie’s most recent collection of verse is The Overhaul (Picador) and her essays are published in Findings and Sightlines. Her poem commemorating the Battle of Bannockburn was inscribed on the monument at the site in 2013.

Zoom in: near sunset in a town where everything’s ex-this,
ex-that, an artificial pond poured in to fill the gaps.
Just out of shot, your neighbour the ex-smoker smokes
behind the flats and feels ex-touches shivering down his back.

Interior: your ex-face in that photo on the shelf
is less than half the shadow of your former self.
Crowned with a plastic rose, the TV’s talking to itself.
A coat pools on the floor. Real shadows take the walls by stealth.

Zoom out: that man-made lake again. The fishermen
and geese have left, the sun slinks off towards the west.
The camera pans across the water, comes to rest –
and there: the sun beneath the surface holds its breath.

First published: 6 December 2013.
Helen Mort was born in Sheffield in 1985. Her debut collection, Division Street (Chatto & Windus), was shortlisted for the 2013 Costa Poetry Award and the T S Eliot Prize. She is the poet laureate for Derbyshire.

: a heart-
shaped scorch-
patch in the bracken.
Today a spat of Valleys rain has stopped it there

but each Easter makes tinder of this hillside,
a swathe of crisp brown question-marks,
fire in them itching to run where it will

and how could you resist it, being fourteen
and full of the slack of the day, of the nothing
to go home to, with a lighter in your jeans,

the others looking on? A fair wind, luck,
and there’ll be sirens this evening, smoke-
signalling We were (are still) here

where they’ll already be too late,
those flatfoots in vizors and fire suits,
cartoon spacemen in the wrong film. Watch

them chasing the last of the flame-snakes,
wriggling here, there. Different greynesses
into the night sky: smoke and steam.

That’s a good day, when everyone wakes
to sodden rakings-over, world restored
to black-and-white, shoots shrivelled

to wisps, bared rocks and birch trunks
scorched, a stink as alkaline as birdlime,
valley like a morning-after ashtray

(yes, you in the dinky estate by the station,
we’ll rub your noses in it), like a riddled grate
of clinker, where coal was. Not far

beneath the skin of new-turfed green,
dug under but still
smouldering, the
heart. The scar.


First published: 18 July 2014.
Philip Gross’s collections include The Water Table, which won the 2009 T S Eliot Prize, and Later (Bloodaxe). “Scar” will appear in A Fold in the River, a collection set around the River Taff in south Wales, to be published by Seren in 2015.

The man emptying bins on the prom might
be my age,
though healthier looking, tanned, bare-armed
in a hi-vis jacket and black ski-cap.
He plucks at stray bits of litter with that familiar
metal rod with its Dalek pincer – the same

as the one I bought for my mother in Fannin’s
some years before she died – a gadget
so starkly ingenious surely it’s a branch
of a family tree of similar inventions, of Bakelite,
whalebone, leather, wood . . . going back, back

to that afternoon in her nursing home
a year and a half ago, when I hold her hand
and feel it loosen then go slack, and call
the nurse, who says quietly “yes, she’s going . . .”
and I look out the window

to see the usual glorious rubbish, clouds
not stopping their tumble over Killiney Hill’s
huddle of slates and satellite dishes, while I am
abruptly in a different country – the vast
landscape of her open palm –

tiny in the grip of what gave way.

First published: 6 June 2014.
Mark Granier is an Irish poet and photographer. He is the author of three collections of poetry: Airborne, The Sky Road and Fade Street. His fourth, Haunt, will be published by Salmon Poetry in 2015.

Needler Hall, the University of Hull

Woken at four to the sound of jazz
coming from his room on the floor above,
as he opens the door and slips out.

The flop of moth-eaten brocade slippers
along the corridor. The knock. “Come in.”
He stands in the doorway plain as a wardrobe.

There is no escape. The curtain-edges grow light
and the room takes shape. “Work has to be done.
What year was the Beatles’ first LP?”

“Nineteen sixty-three,” I mumble.
“ABBAB. Excellent.” And he is gone.
The sky is white as clay, with no sun.

First published: 4 July 2014.
Roger McGough is the president of the Poetry Society and presents the BBC Radio 4 programme Poetry Please. His most recent book is It Never Rains (Penguin). 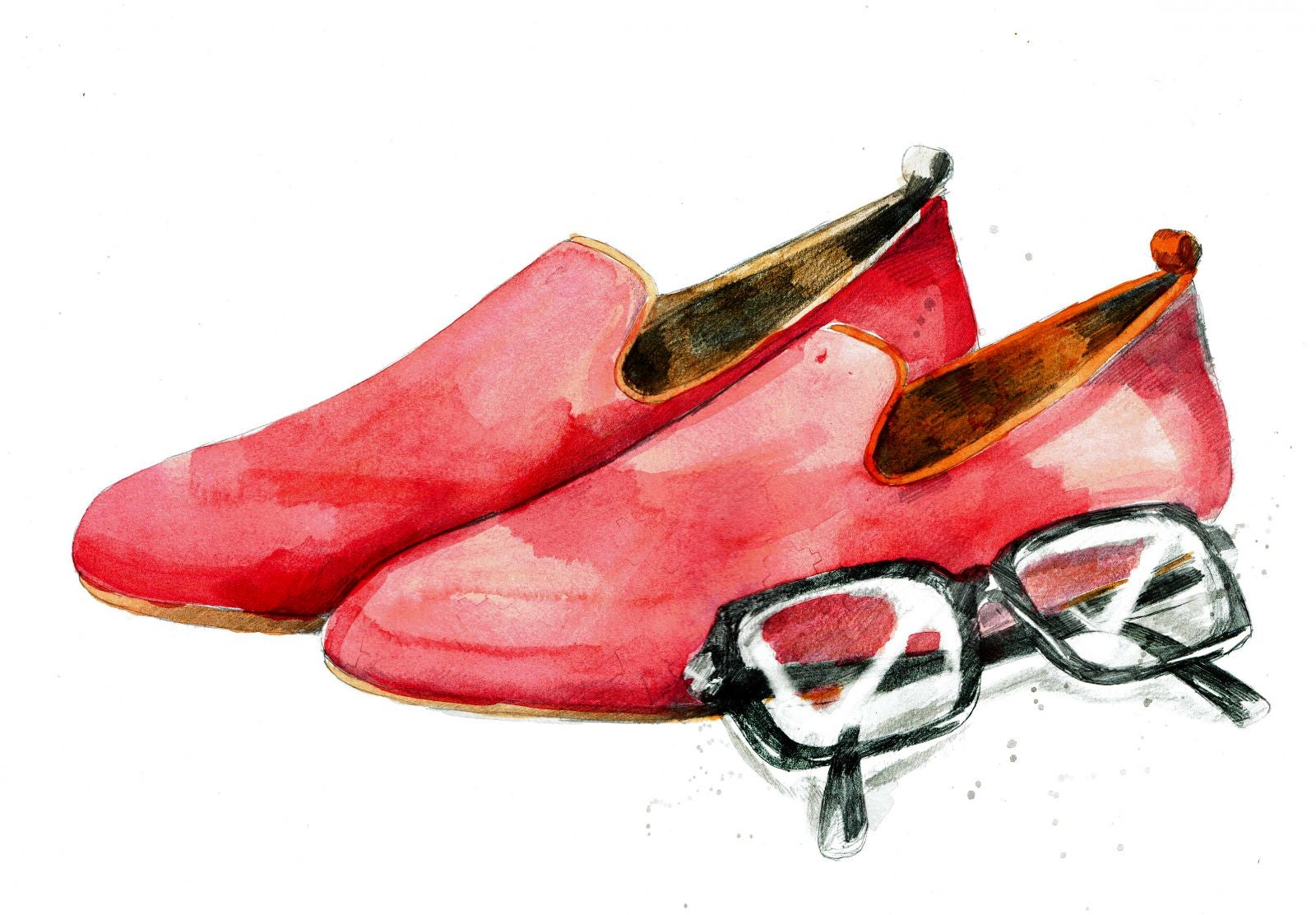