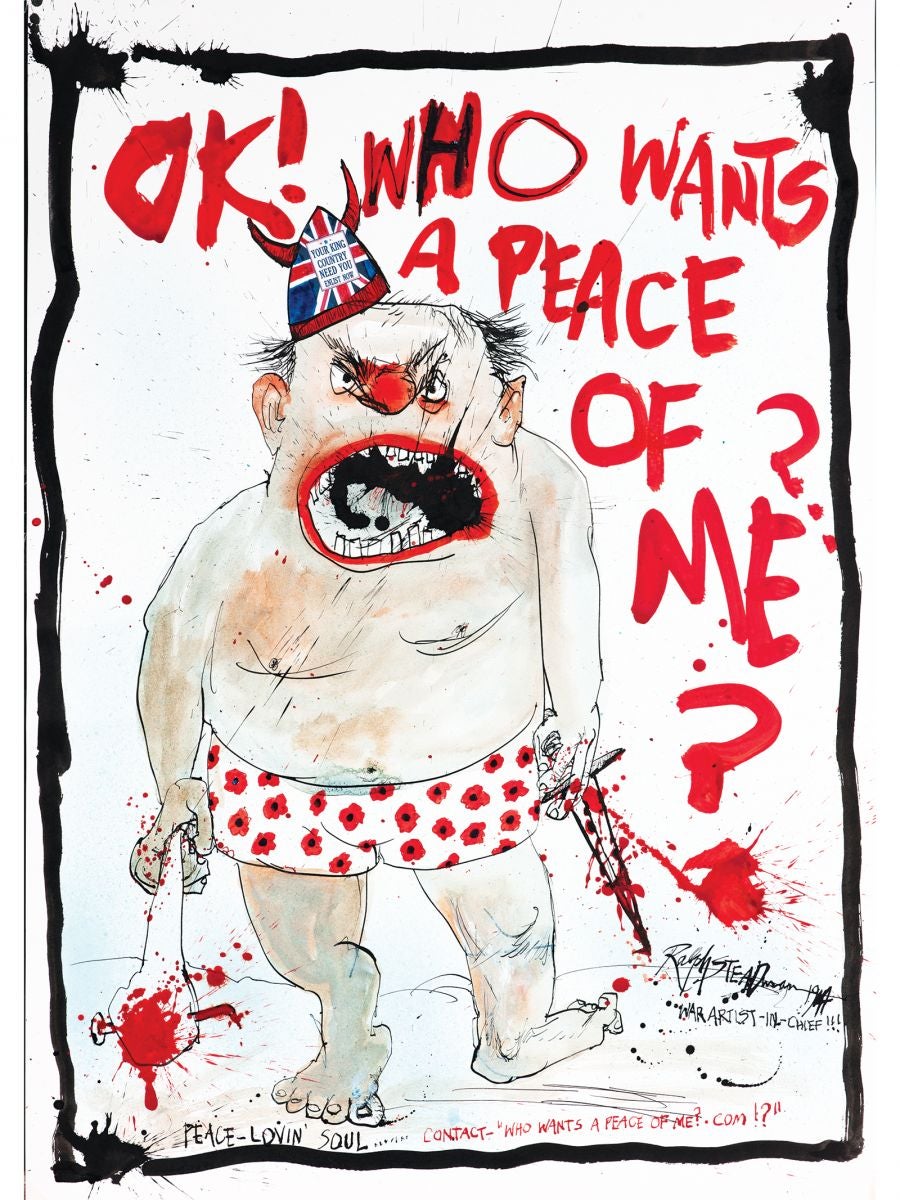 A new cartoon by Ralph Steadman, a joint commission by 14-18 Now and the Cartoon Museum  to commemorate the centenary of the outbreak of the First World War. The cartoon is part of the exhbition 1914 Day By Day Cartoons at the Cartoon Museum, London WC1, until 19 October
Peace
When that glad day shall break to match
“Before-the-War” with “Since-the-Peace”,
And up I climb to twist new thatch
Across my cottage roof, while geese
Stand stiffly there below and vex
The yard with hissing from long necks,
In that immense release,
That shining day, shall we hear said:
“New wars to-morrow, more men dead”?
When peace time comes and horror’s over,
Despair and darkness like a dream,
When fields are ripe with corn and clover,
The cool white dairy full of cream,
Shall we work happily in the sun,
And think “It’s over now and done”,
Or suddenly shall we seem
To watch a second bristling shadow
Of armed men move across the meadow?
Will it be over once for all,
With no more killed and no more maimed;
Shall we be safe from terror’s thrall,
The eagle caged, the lion tamed;
Or will the young of that vile brood,
The young ones also, suck up blood
Unconquered, unashamed,
Rising again with lust and thirst?
Better we all had died at first,
Better that killed before our prime
We rotted deep in earthy slime.
This poem first appeared in the New Statesman of 21 September 1918. Graves, who survived the First World War despite serious injury in the Battle of the Somme, contributed to the NS from 1918 to 1975.