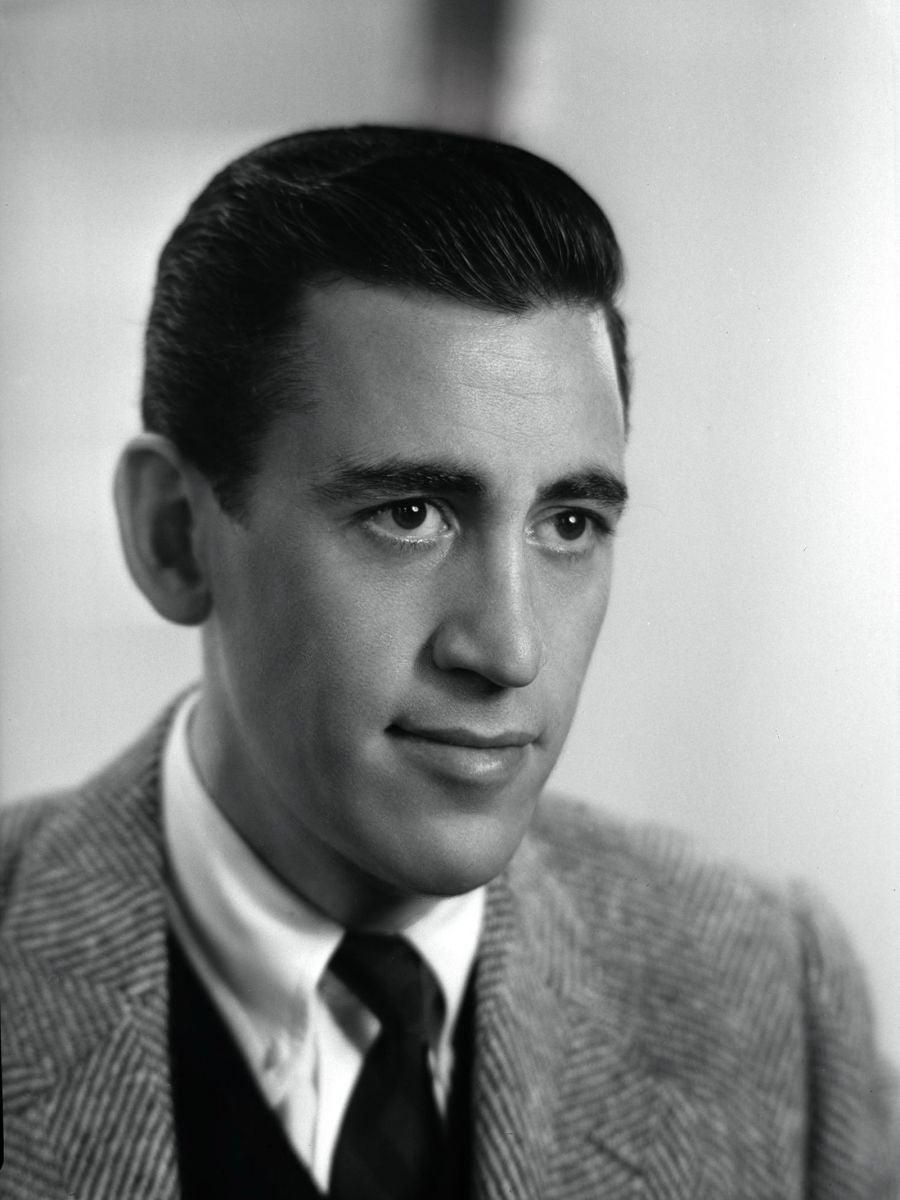 “A genius who can’t tie his shoelaces”, Thomas Beller’s description of J D Salinger (1919-2010), might not be far off, but why use a metaphor when the facts speak just as well? Salinger was a genius – a literary genius with a particular interest in human appetite – who didn’t understand that retreating from public life when he was famous and feted would, rather than secure his solitude, turn reporters into scavengers, neighbours into eavesdroppers, friends into witnesses.

And fans into biographers – and intimates into memoirists. The writing by Salinger legally available in book form amounts to one novel, The Catcher in the Rye, and 13 stories, more than half of them containing some allusion to the shimmering, fragile Glass children. The writing published about Salinger, which began pouring forth around the time he shut up shop in the mid-1960s, runs to thousands of pages. If you hive off the critical monographs and anthologies, which every writer gets these days, this work can be divided into conjecture-bound pseudo-biography undertaken by men – Beller follows recent works by Kenneth Slawenski and Shane Salerno – and none-too-conjectural, though possibly delusional, reminiscences offered by women. Of these, Joanna Rakoff’s new book is the least invasive, for the simple reason that during her “Salinger year” she spoke to the writer just a few times, by telephone and never for long, and shook his warm, dry hand but once.

At the time – “This was 1996. The country was in the grips of a recession,” and so on – Rakoff was working as an assistant at a place she calls “the Agency” and specifically for a woman she refers to as “my boss”. In the kind of disclaimer one doesn’t like to read at the beginning of a tell-all memoir (or any memoir), Rakoff states: “I’ve fiddled with the chronology of a few events, and I’ve changed the names – and identifying traits – of most, though not all, of the people.” You’d be forgiven for wondering what Rakoff didn’t change. You’d also be forgiven for wondering on what principle she has protected various glad-handing literary agents while betraying a deeply wounded eremite whose privacy she was once employed to protect: Salinger’s name and identifying traits remain unfiddled with.

Unfortunately, Rakoff had already sold her story to the online magazine Slate, where she happily identified the Agency as Harold Ober Associates and her boss as Phyllis Westberg. My Salinger Year is little more than a rehash of that 2,000-word piece, its stretched and padded character a tribute, perhaps, to Salinger’s later narratives, in particular his last printed story, “Hapworth 16, 1924”, which takes the form of a letter rightly described by its author, the seven-year-old Seymour Glass, as an “onslaught”, and with whose complicated afterlife Rakoff’s book is partly concerned.

Not long after she was hired, Salinger called the Agency to say that he was considering publishing “Hapworth 16” with Orchises Press, a tiny imprint, in commercial terms barely distinguishable from a vanity press. While Salinger negotiates with the sole employee of Orchises over details of design (he wants the title printed horizontally on the spine, hard to achieve in a book of under 30,000 words), Rakoff struggles to get over her “college boyfriend”, to get along with her current boyfriend, to get by financially and to get around to reading Salinger, the dramatic irony being that this would provide just the amusement and consolation – just the perspective – she needs.

Rakoff’s responsibility for Salinger, beyond putting his phone calls through to her boss, is confined to sending form replies to the stream of letters asking him to do things he would never want to do – deliver commencement addresses, for instance – or to passing along compliments he no longer wants to hear, if he ever did. She becomes fond of the letter writers but since she has presumably blurred their identifying details, who can say what they actually wrote?

While Rakoff’s memoir is full of fabrication and thin on revelation, Thomas Beller’s biography is free of insight and confessional to a fault. J D Salinger: the Escape Artist contains a wealth of detail about the writer’s Upper East Side childhood, his half-Jewishness, his brief apprenticeship and his war record, which involved the liberation of a concentration camp, though nobody seems to know precisely which. But the factual strands become lost amid the bumptious theorising about Salinger’s experience and numerous fussy descriptions of Beller’s adventures (the back-cover comparison to Out of Sheer Rage would give Geoff Dyer grounds for a libel suit). Collecting a copy of Ian Hamilton’s never-published J D Salinger: a Writing Life, Beller reassures us, “My host greeted me warmly.” And then: “There was a divan, or a chaise longue . . . He had to go do something before he could sit down with me . . . My host returned, and we settled in for a nice chat.”

There’s stuff like this throughout the book, as well as unconvincing asides on Philip Roth’s career trajectory and John Updike’s golf-worship, and the writing about Salinger, when we get it, is hardly a cause for cheer. In Salinger’s work, repetition is a tool of comedy and pathos. Here it becomes something like a weapon of torture. OK, Salinger met Hemingway in Paris. OK, the 18-year-old journalist Joyce Maynard, later the author of At Home in the World, an account of her somewhat creepier Salinger year, received, quite unexpectedly, a fan letter from the middle-aged writer. OK, Maynard’s book and a memoir by Salinger’s daughter Margaret, Dream Catcher, were published two years apart (or “practically back-to-back”).

The further you read on, the less optimism you feel about reaching solid ground. Much is made of Salinger’s association with the New Yorker and his fondness for its editors Harold Ross and William Shawn, though Beller’s speculations about the magazine’s impact on the young Salinger do little to claw back the authority eroded by his various errors. “Whether the Salingers subscribed to the New Yorker before or after they moved across town in 1932 I do not know,” he writes, “but I feel confident they did.”

Conjecture strikes again in a discussion of Salinger’s story “The Long Debut of Lois Taggett” and its use of the word “iceman”: “Eugene O’Neill’s play The Iceman Cometh had been written in 1939, but it would not be performed until several years after Salinger wrote the story. Maybe Salinger heard it discussed.” Considering the song “Begin the Beguine”, which he danced to with Joyce Maynard, Beller raises numerous possibilities for its significance – did he listen to it in Vienna in the 1930s? Elsewhere in 1940? At the Stork Club? – before declaring: “Or all of the above.”

Although one usually groans when books about writers show such scant interest in literature, it is in these cases rather a relief. Neither Beller’s speculations nor Rakoff’s rhapsodies (“I loved it all”) whet our appetite for more and, besides, Salinger is an author whose cause it can seem pointless to advance. The same characteristics are strengths to some, vices to others. Janet Malcolm’s essay “Justice to J D Salinger” – recently republished in Forty-One False Starts – assesses the views of Salinger bashers from a 40-year distance and says, in essence, “Wrong!” Where John Updike, in a well-known review of Franny and Zooey (1961), the second and most polarising of Salinger’s three story collections, grumbled about his writing’s “extravagant self-consciousness . . . wherein most of the objections one might raise are already raised”, Malcolm says: “Salinger understood the offensiveness of his creations perfectly well.” To Updike’s claim that “ ‘Zooey’ is just too long,” Malcolm replies, “Today ‘Zooey’ does not seem too long.” There’s a neat portrayal of this stalemate in Whit Stillman’s film The Last Days of Disco, when a young New York book editor tells a Salinger-loving female colleague that his work had been the subject of “devastating pieces” by Mary McCarthy and Alfred Kazin: “They really destroyed him.” Interest unpiqued, the girl leaves the room.

Stillman intended to show that no amount of Salinger scepticism will change a true believer’s mind. He also provided yet more evidence that true believers don’t always know what’s good for them. After an early screening, one of the film’s backers warned that the Salinger scene “will cost us $1m in gross” but Stillman kept it in. The film made a loss. Just as, in Updike’s words, Salinger loved the Glasses “too exclusively” and “to the detriment of artistic moderation”, so, all too often, readers love Salinger excessively, at a cost of either dollars or dignity.