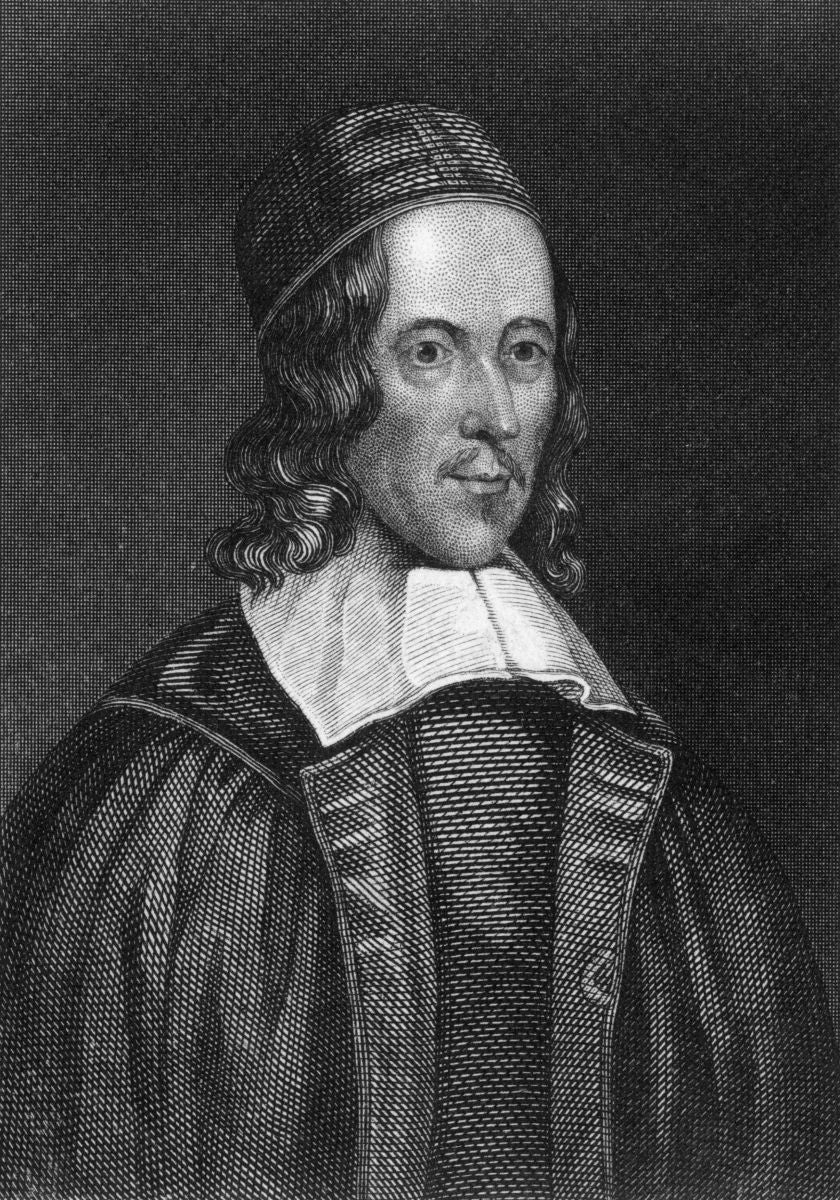 The name George Herbert invariably conjures three memories into my consciousness. First, it is the 1970s, I am at school and we are being introduced to one of our A-level English literature texts: the Penguin anthology The Metaphysical Poets. Edited by the distinguished Oxford scholar Dame Helen Gardner and shaped by the phenomenally influential critical thought of T S Eliot, it nominates John Donne, George Herbert and Andrew Marvell as the three greatest “metaphysical” poets, on the grounds of their shared complexity, their delicate ambiguity and their capacity to hold emotion in equipoise with thought.

Second, it is the 1980s and I am at Cambridge, where our living metaphysical poet Geoffrey Hill is giving lectures on how there has been something elegiac about the air of England ever since the end of the Great War. The Tories are being transformed from the party of rural estate managers into that of urban estate agents. The Church of England is losing its grip on the times and I am reading a key passage in Ford Madox Ford’s vast tetralogy of novels on the last of England, Parade’s End, in which Christopher Tietjens, a relic of the gentility of the shires, recalls standing on a hill above the village of Bemerton in Wiltshire, where Herbert was a country parson, and describes it as “the cradle of the race as far as our race was worth thinking about”. Herbert, I suddenly realise, is going the way of his church: he is in the cul-de-sac of Cathedral Close at Salisbury, while poetry has moved on to the Troubles of Derry (Heaney et al) and the streets of Brixton (Linton Kwesi Johnson and the vibrant new British Caribbean poets).

And then it’s the 1990s. I am teaching at the University of Liverpool and we have a lecture from a visiting leather-jacketed protégé of Terry Eagleton, now a professor at a “new” university, who tells us that he was going to talk about English poetry but now he’s not, because he is so excited about a new film that has just come out and he wants to discuss that instead. “Why on earth would you want to read George Herbert when you can see Reservoir Dogs?” he asks, sneeringly, and that really does seem like the end of the era when you could have a gentle discussion on the deceptive simplicity of “Love bade me welcome yet my soul drew back” or the ingenious typographic layout of “Easter Wings” (which was originally printed sideways to make the poem look like an angel’s wings). John Drury comes with a pedigree out of the one world that has barely changed since Herbert’s time: he was dean of King’s College, Cambridge, and is now the chaplain and a fellow of All Souls College, Oxford. He has spent a life immersed in biblical scholarship and in solid faith. He loves Herbert and, if one may be forgiven the metaphor, writes like an angel.

This biography is measured and musical. One of the most intriguing things about Herbert is that he sang his poems – and not just those that have become some of the bestloved hymns in the English language, such as “Teach me, my God and King,/In all things thee to see” and “Let all the world in every corner sing/My God and King”. Drury has a well-tuned ear for Herbert’s rhythms, leavening his biographical narrative with metrical analysis of a kind that is rarely seen in literary criticism today. He writes, for example, of “a lively answering back in springing long-short trochaic feet”; he notes of one poem: “The underlying rhythm is a succession of questioning trochees, long-shorts,” and so on (trochees, it seems, have a nice capacity to both question and answer). Some of the best pages in the book come in an “interlude” halfway through, which offers a detailed reading of Herbert’s poetic revisions in a manuscript notebook that survives in Dr Williams’s Library in London. Here is the poetic craftsman at work, honing, perfecting, refining his lines to make them worthy of his God.

Herbert’s problem today is that the conjunction “my God and King” does not speak to our sensibilities. The other two metaphysical poets in Gardner’s and Eliot’s trinity are doing just fine. Donne is so damn sexy that he will always seem modern. Marvell is the greatest political poet in the language (always excepting Shakespeare). Yet Herbert lived a quiet life: born in 1593, he died far too prematurely, in 1633.

In sharp contrast to Marvell, he did not witness the religious and political tensions of the later years of Charles I’s reign, let alone the civil war and interregnum. The height of his public engagement was as a Cambridge University orator. For a short time, he became the MP for Montgomery in Powys, Wales, but this was no more than a family Flights of fancy: George Herbert’s poem “Easter Wings”, which was originally printed sideways obligation; it did not necessitate any active involvement in politics. Soon, he retreated to the life of a country parson (about which he wrote an exemplary guidebook called A Priest to the Temple), first at Leighton Bromswold in Huntingdonshire and then at Bemerton.

Drury does his best to create some drama out of the tension between private faith and public duty, but in truth it was George Herbert’s elder brother Edward – a soldier, diplomat, historian, poet and neo-Platonic philosopher – who lived a vita activa of the kind that rewards the writer and reader of biography. George’s was almost entirely a vita contemplativa and it is doubtful that Drury’s affectionate portrait will win him many new fans, though it will delight all who love his poetry. That is a distinguished company, including the great cosmopolitan writer Vikram Seth, who spent the proceeds of his novel A Suitable Boy on the purchase of the old rectory at Bemerton, where he still lives with the benign ghost of Herbert’s music and goodness.

Jonathan Bate is the provost of Worcester College, Oxford, and the author “The Genius of Shakespeare” (Picador, £9.99)