“We don’t seek empires. We’re not imperialistic. We never have been.” So said Donald Rumsfeld in an interview on al-Jazeera in April 2003. Coming one month in to the invasion of Iraq, the claim by the then US secretary of state was met with snorts of derision from across the political spectrum. Later that year, Noam Chomsky published Hegemony or Survival, which argued that the US has pursued an “Imperial Grand Strategy” since 1945 in order to maintain global economic dominance. Niall Ferguson’s 2004 Colossus: the Rise and Fall of the American Empire also took issue with Rumsfeld’s disavowal of imperial intentions. For Ferguson, America was in denial about having all the characteristics of the biggest empire that has ever existed, but shirking the responsibility that came with this was both unrealistic and counterproductive.

American exceptionalism, first explored by Alexis de Tocqueville, is nothing new or controversial – every president, including Barack Obama, has articulated a version of it. Yet the suggestion that the United States behaves like an imperial power is something that still causes great sensitivity in a country founded in revolt against the British empire, and which has usually seen itself as a champion of the independence and self-determination of small nations.

This squeamishness is based in part on a rather caricatured version of what was said to have constituted the “formal” British empire of the East India Company or the Raj, or a crude misreading of Britain’s relationship with Ireland over the past few centuries. Although the US has never been a “coloniser”, it has certainly appeared as an empire, being a global hegemon with unprecedented economic reach, to those over which it casts its shadow. This has been the case especially in America’s southern neighbourhood. Hugo Chávez’s protestations against Yankee imperialism are part of a long-established tradition stretching back as far as Cipriano Castro, the Venezuelan president who caused consternation by expropriating properties of the US asphalt trust in 1900. 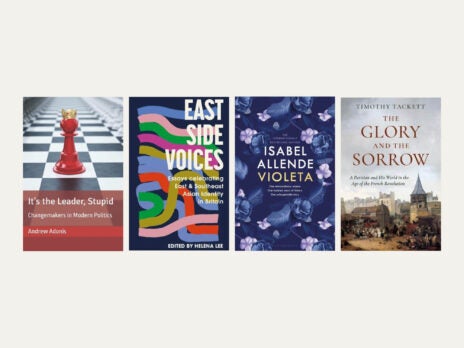 The Empire Trap is not about the ideas that frame America’s world-view but about a recurrent conundrum faced by the US government since the 1900s: what action, if any, should it take when the property or investments of US citizens and companies in foreign countries come under threat? Over the course of the 20th century, according to Noel Maurer, an associate professor at Harvard Business School, the US proactively intervened in the affairs of other countries, thereby engaging in both “formal” and “informal” economic imperialism.

Foreign direct investment has never been crucial to the US economy but successive administrations “again and again went to bat for private interests”, even at the risk of broader strategic costs – regional confrontation, destabilisation of markets, blowback in the form of hostility from other states, or terrorism. Such was the leverage these investors exerted that even anti-interventionist presidents such as Woodrow Wilson, Franklin D Roosevelt, Lyndon B Johnson and Jimmy Carter were “dragged kicking and screaming into intervention” on their behalf. As the 20th century wore on, US overseas investors began to “employ more sophisticated strategies” to force the government to act in their interests, by adopting a discourse in tune with American “values”, chiefly anti-communism and free enterprise.

In the 19th century the Monroe Doctrine – which threatened European powers with a military response if they interfered in North or South America – had facilitated the emergence of the new world into existence. At the start of the 20th century Theodore Roosevelt added his own “corollary” to Monroe which heralded a more interventionist approach in the Caribbean as well as Central and South America. Initially framed in response to instability in the Dominican Republic, it first raised the prospect of the US acting as a “world policeman”. “If a nation shows that it knows how to act with reasonable efficiency and decency in social and political matters . . . it need fear no interference from the United States,” the president reassured his Latin American neighbours. However, if it succumbed to “chronic wrongdoing, or an impotence which results in a general loosening of civilised society”, Washington would be justified to intervene, to ensure good governance and thereby protect its interests.

The seizure of the Dominican Republic’s customs service in early 1905 set a new pattern for American interference which soon spread throughout the region. US marines were sent to stabilise Cuba in 1906, and over the course of the 1910s and 1920s a series of “fiscal interventions” was made in Nicaragua, Haiti, Panama, Peru and Bolivia. This essentially involved despatching US customs and tax officials to secure the successful functioning of weak revenue systems and to make sure that the state in question remained solvent. Gunboats and marines acted as their guarantor.

According to Maurer’s calculations, such enforced tutoring stunted Latin America’s economic development. Moreover, once officials were on the ground, it was extremely difficult to extricate them without destabilising the state in which they were operating. The American government was responsible for the creation of a highly unpopular gendarmerie in Haiti, and between 1918 and 1920 US marines engaged in a counterinsurgency campaign in which more than 2,000 Haitians were killed. Much like with Britain’s creeping intervention in Egypt in the same period, the US remained unable to wash its hands of Haitian affairs until 1934.

It was the Great Depression that finally gave the US the chance to free itself from this burgeoning “formal” empire by breaking the connection between the holders of sovereign debt and the owners of direct investment. Foreign investors also lost out to the imperatives of reviving the domestic economy, which entailed a move towards more protectionist measures. This set the stage for a “Good Neighbour Policy”, proclaimed by Franklin D Roosevelt, which preceded a shift away from active interventionism in Latin America towards reciprocal exchanges and trade agreements. US marines ended their occupations of Nicaragua and Haiti in 1933 and 1934 and diplomatic relations with Cuba and Mexico were also reset.

Anyone hoping for a fresh interpretation of US foreign policy will be disappointed by this rather workmanlike book. Maurer is at his strongest analysing US policy towards Central and South America in the first half of the 20th century. Dealing with the period after 1945 and describing the expansion of America’s “informal empire” into Europe, Asia and the Middle East, he begins to stretch his analysis too thin. Instead of military intervention, he claims that the increasingly global empire of the post-1945 period was supported by a new set of “tools and technologies” – “covert action, the withdrawal of trade preferences and the denial of financial assistance”.

In fact, these are merely the options open to any powerful state seeking to preserve its interests. As even Maurer says, America’s postwar extension of its influence in Europe and Japan was, to a great extent, “empire by invitation”: its obsession with energy security and grand strategy – rather than protection of foreign investments – framed its attitude to oil resources in the Middle East. The extent to which the cold war transformed the parameters of US foreign policy is rather downplayed in the author’s desire to demonstrate the continuity of his thesis. And even though the CIA may have had a chequered history, particularly in South America, he overstates his case in seeing it as a stooge of private investors.