It’s very strange to sit in a silent auditorium and yet be surrounded by the pre-theatre rustlings and murmurings of an audience more than a thousand miles away. You move your head, looking for the source of the low muttering, the occasional bursts of laughter, the polite manoeuvring of bags and feet as people squeeze themselves into seats, without being able to find it. The fact that you’re wearing 3D glasses, and your vision is thus greyed and blurred, only compounds this sense of dislocation.

When the screen eventually illuminates, you crane forward, eager to reunite sound with sight. The camera pans slowly, showing you the crowded, opulent interior of the Mariinsky Theatre in St Petersburg. There’s just a hint of voyeurism in this gaze – the knowledge that you can see this phantom audience but they can’t see you is hard to put aside.

The reason for this lop-sided link up – the faux velour and popcorn smells of a screen in London’s West End with all the swags and brocade that remain of Imperial Russia – is ballet. 275 years after the now-ubiquitous Pepita-Ivanov revival of Tchaikovsky’s Swan Lake was premiered, the Russian theatre has brought in the 3D technology that so brought Avatar and Life of Pi such commercial success to beam a performance of the ballet live around the world. 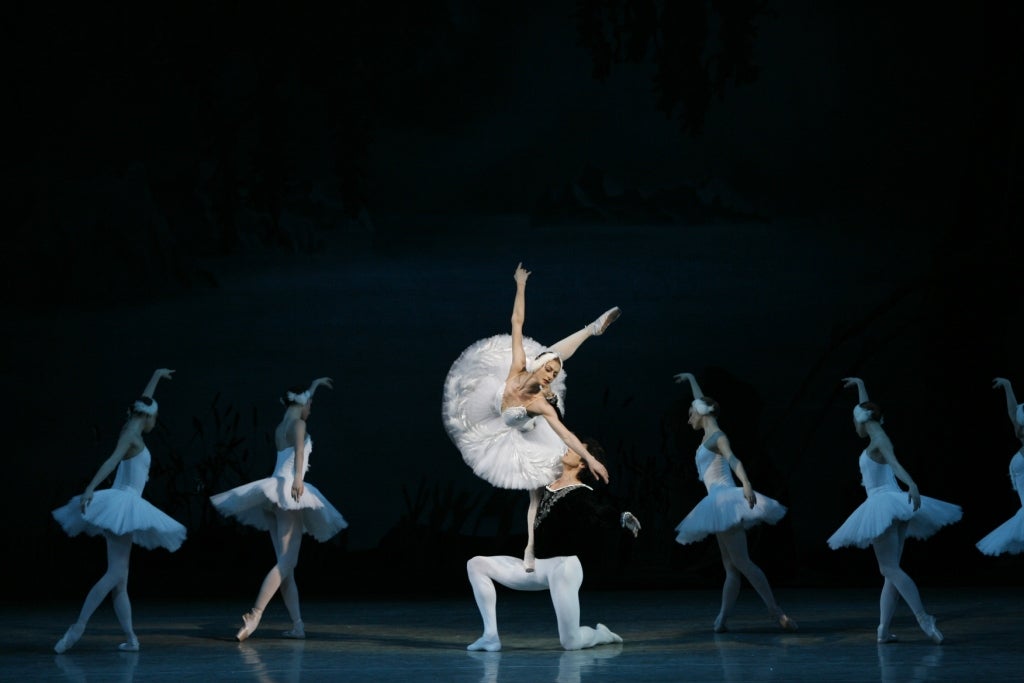 The use of 3D in the cinema is yet to be universally accepted by critics and audiences alike – while a few films, like Martin Scorsese’s Hugo, have been widely acclaimed for their use of it, the technology too often feels “bolted on” after the fact as an excuse to bump up ticket prices. At the same time, live 2D broadcasts, such as of operas from the Met in New York, or plays from the National Theatre in London, have increased greatly in popularity in the last couple of years, since they enable people to enjoy blockbuster, sold out productions for a fraction of the price of a seat in the theatre itself.

So can live 3D work for ballet? It’s certainly a tempting concept, since a reasonably-priced seat for a ballet at an opera house more often yields an exclusive view of the tops of the dancers’ heads than anything else. And as demonstrated here by the Mariinsky, it certainly seems like it might provide a workable alternative. Rather than well-muscled legs zooming out of the screen at my face as I had feared, the effect was subtle, enhancing the surreality and wildness of the forest where the Prince first catches a glimpse of his swan princess. The effect really comes into its own, however, in the big corps de ballet scenes, when Siegfried and Odette float among serried ranks of posed swans, their elegantly waving arms perfectly delineated through the magic spectacles.

Russian ballet has been in the news for reasons other than its dancers’ athletic or creative feats of late – the acid attack on Sergei Filin, artistic director of the Bolshoi Ballet, earlier this year receiving international coverage. The feuding and funding rows the subsequent reporting revealed in Russia’s ballet community no doubt continue, and in the light of that it’s easy to see this programme of live global broadcasts as the obvious PR response – an attempt to put the focus back on classical ballet and its long history in Russia.

But at the same time, the broadcasts could provide an affordable introduction to an art form that was once the exclusive amusement of the aristocracy. In the Twentieth Century Russian ballet’s fortunes have been closely tied with the country’s politics; indeed, the very name of the theatre has chronicled these shifts. Originally named the Imperial Mariinsky Theatre, it has now become the State Academic Mariinsky Theatre (also being en route the State Academic Theatre of Opera and Ballet and the Leningrad State Academic Theatre of Opera and Ballet). In the theatre itself, it might be the case that the Tsar’s Grand Dukes have merely been replaced by Putin’s oligarchs and their associates, but by digitally opening its doors to the masses like this, the Mariinsky is sharing a piece of ballet’s history with everyone who can afford the price of a cinema ticket. And given that you can even see the dancers’ facial expressions and the details of the magnificent costumes and sets, you’ve arguably got the best seat in the house.

You will have to swap your tiara and furs for a pair of 3D specs, though.