Dialogue. It’s one of those words that gets thrown around a lot. It’s a word that’s tempting to use when describing Tate Modern’s latest photography exhibition William Klein + Daido Moriyama, a double retrospective of two of the most original urban photographers working in black and white in the Sixties and Seventies. Renowned for a provocative vision of New York and Tokyo respectively, both photographers thrived on the seething, steaming, spontaneous world of life at street level. Both tested the boundaries of the medium and pioneered the tradition of the photobook with genre-shaking studies of locals as varied as Moscow, Rome, Hokkaido and the central U.S.

“Dialogue”, then, is a tempting reading of the show, but ultimately misleading. This exhibition is no straightforward conversation. There is little evidence that the two have drawn more than a passing inspiration from one another’s work. It’s unclear to what degree they actually even know each other. Klein + Moriyama should rather be taken as an emphatically open-ended appraisal of two equally acclaimed careers – an invitation to meditate on a touchstone era when two photographers took two cameras and threw the world back in our face.

William Klein, who was born in New York in 1928, was already an established ex-pat painter by mid-century, living full-time in Paris and making abstract canvasses. But he often returned to New York, and an interest in photography blossomed from these early painterly tendencies. His photographs developed a taste for raw emotion, monochromatic geometry and visual punch.

He found his greatest source of inspiration within the city itself; when crowds gathered he was often close behind, shooting parades, protests, funerals, prayer vigils and sporting matches. The images on display are a noisy bunch: scenes stuffed near bursting point with movement, blur, gristle, sweat. Klein shied not from rough edges, poor exposure or aggressive contrasts. His camera, it seems, was less a window to reality than a half-cracked, grease-smeared shop front through which to leer at New York. “My aesthetic was the New York Daily News,” he once said. “I would try to photograph schlock non-events like some crazed paparazzo and print it accordingly”.

In 1954 Vogue’s art director Alexander Lieberman hired Klein as a fashion photographer. Klein began taking his models out of the studio and onto the street, fusing haute couture with his fondness for chaotic street tableaus. The resulting imagery is simultaneously jarring and mesmerising, typified by shots in the Piazza di Spagna in Rome 1960. Glamazonian models decked in black and white garb parade down a zebra crossing, a ripple of sensationalism posed against the backdrop of ordinary Roman hustle and bustle. If Klein excels at one thing, it is in this teasing balance between the banal and the extraorindary.

Klein was also an accomplished filmmaker. The exhibition itself opens with his first film Broadway by Light (1958) screened at monstrous size across the gallery wall. The film is a thundering montage of New York’s neon signage set to a brass-heavy jazz soundtrack. The slicey editing and claustrophobically tight framing make this gaudy Manhattan ode a cousin of both pop art and French New Wave cinema. Its theme is one that sums up much of Klein’s work: a deification of the city’s resplendent grime.

Moriyama, a decade younger than Klein, turned an equally loving eye on the darker side of his favourite city, Tokyo. It’s immediately clear, though, that his approach to street photography was rather different. While Klein is noted for favouring a wide-angle lens that allowed him to “cram as much as he could into each shot”, Moriyama’s work possesses a more singular, poetic vision. Gone are the wild, teeming streets of New York – the Japanese artist turned a more considered hand to such urban effluvia, cutting out the noise to present the viewer with a single, striking image: a stray dog, a fish head, a woman’s naked back.  Equally fond of the unrehearsed beauty of the street, he is evidently more comfortable in the role of auteur rather than documentarian.

The photographs on show offer a sliver from his enormous oeuvre, most significantly his 1968 photobook Japan: A Photo Theatre. His portraits often use a suggestive detail to convey a moody whole. A row of rotting teeth comes to stand for an ageing street performer, a scar for the memory of an attack, a lace garter for a beautiful young woman. It’s a powerful message of authorship after Klein’s more objective approach to street photography, an admission of an overarching agenda, a stylized warning that we won’t be seeing the whole picture.

Born in Osaksa, Moriyama relocated to Tokyo in 1961. He conducted a long, licentious love affair with his adopted city. His story of Tokyo is sexier, more libidinous than Klein’s tales of New York. It’s defined by womb-like alleyways and obscured figures, by the suggestive smiles of make-up caked geishas, by an emphasis on the face, the eyes, the fingers, the mouth. His camera sometimes leaves the street and enters the bedroom, lingering over rumpled bed sheets, grainy limbs, legs squeezed into fishnet stockings. His portraits paint the city in lurid colours.

Moriyama’s penchant for obscurity grew over time. The exhibition features work from his 1971 photobook Farewell to Photography; in his own words “a book of pure sensations without meaning”. Here the artist toyed with the medium’s constraints, producing photographs so deeply clouded by grain and blur that they leave the realm of representation far behind. There is a pervasive feeling of melancholia. Light and shadow, form and feel, each take precedence over clear-cut imagery. Moriyama’s flair as an image-abstractor in this series mirrors Klein’s own abstract paintings (a selection of which are also on show), but it is here that the similarities in their experimentations end. While Klein sought the clamorous beauty of the untamed city, Moriyama’s photographs are an investigation into the very heart of the medium of photography itself, a strenuous refusal of objectivity and of the camera’s promise to deliver honesty and truth.

Most visitors will leave this exhibitions making comparisons, or at least picking a favourite. Cleverly, though, the curators make no such judgements. But even if it never really happened, conjuring up an imaginary partnership is enoyable. One of these artists captured the din of the city, the other, the silence. 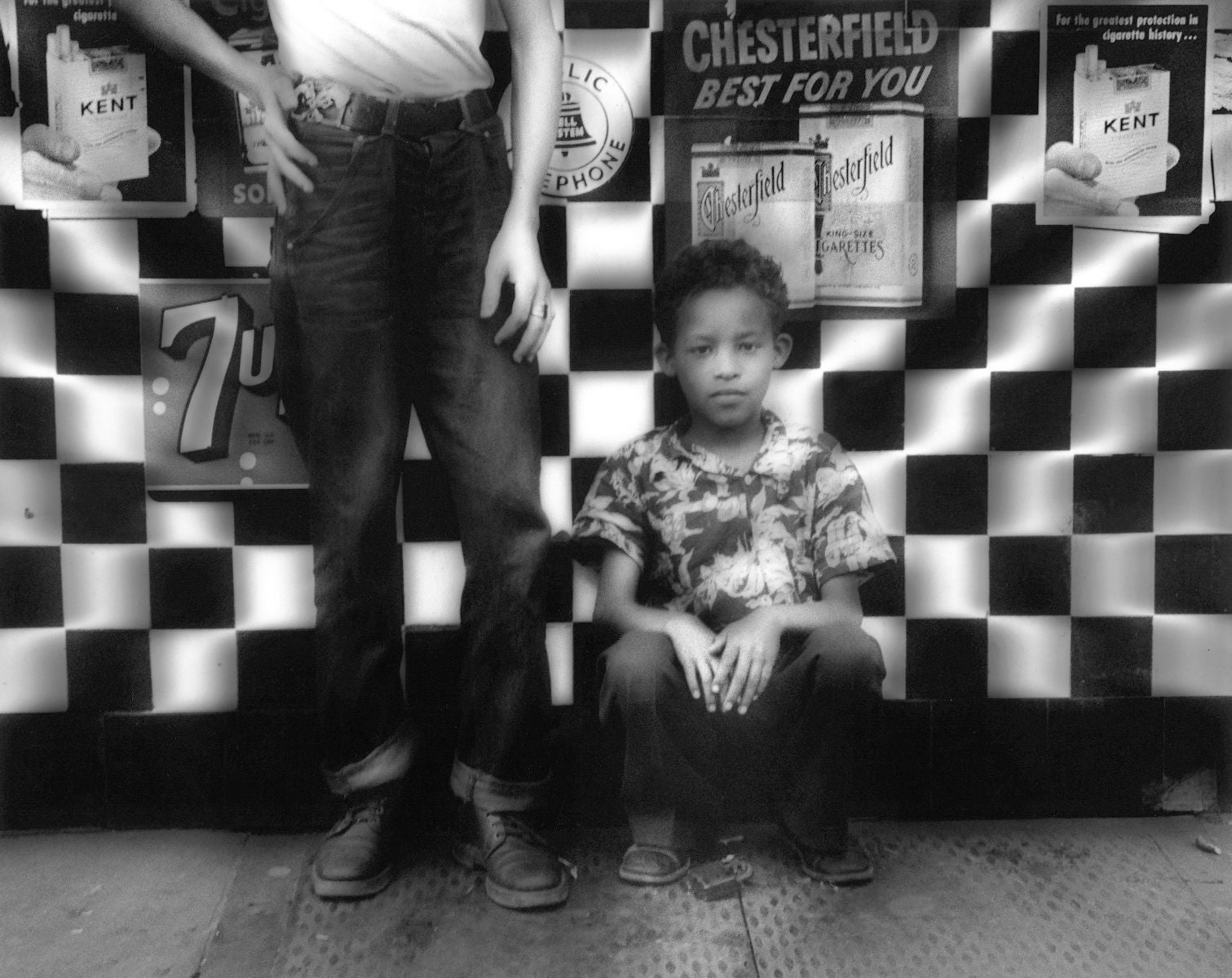 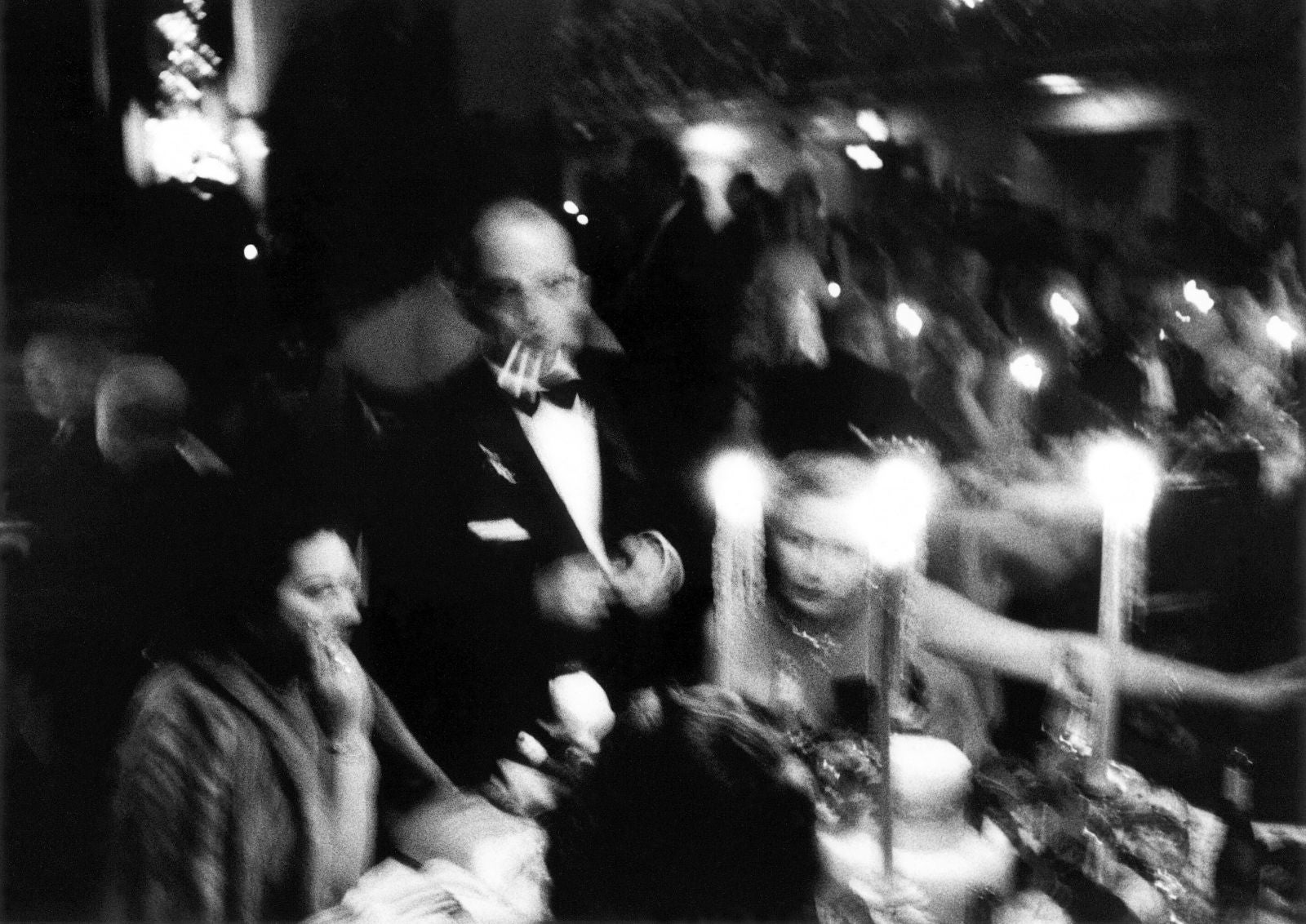 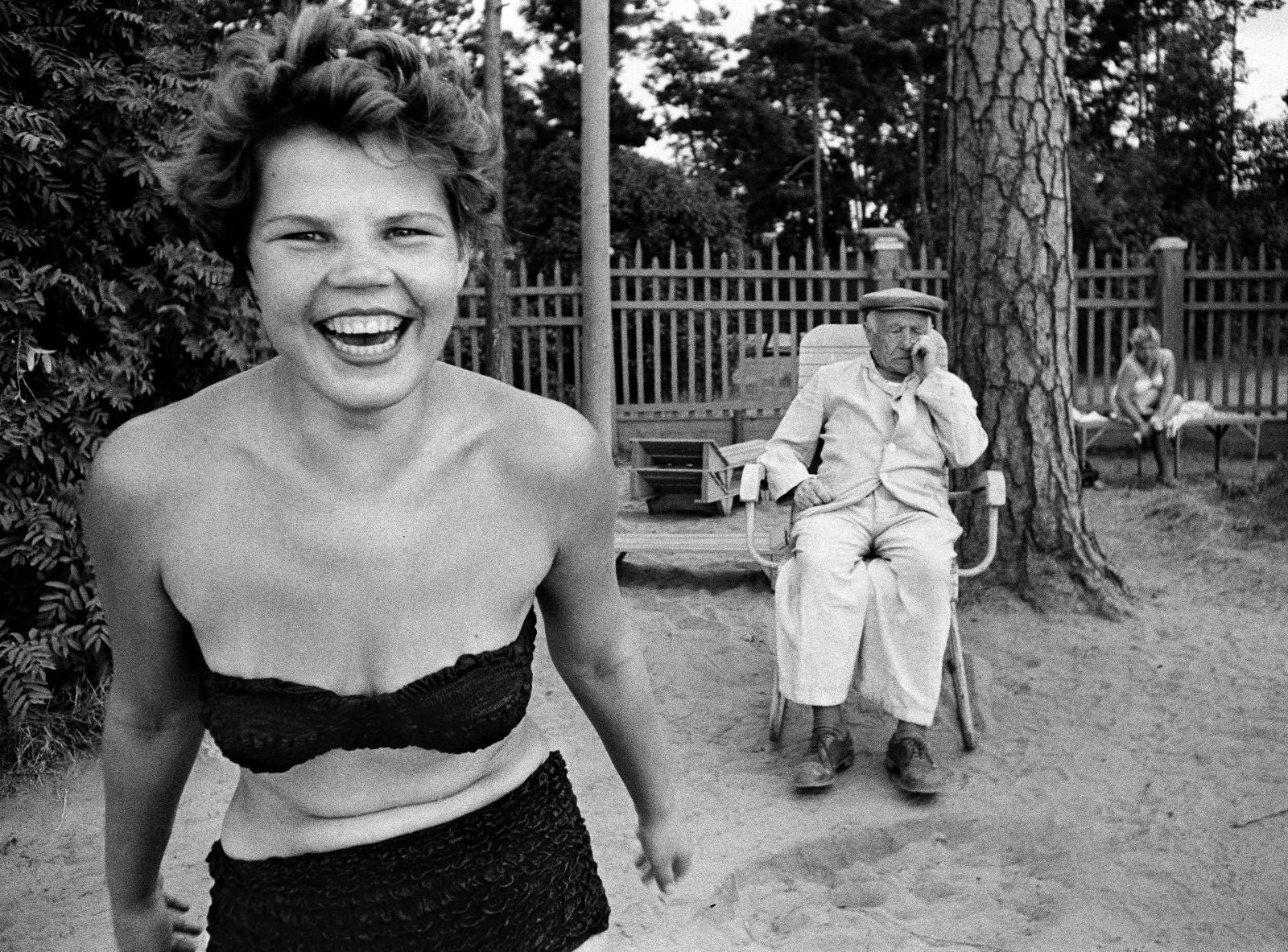 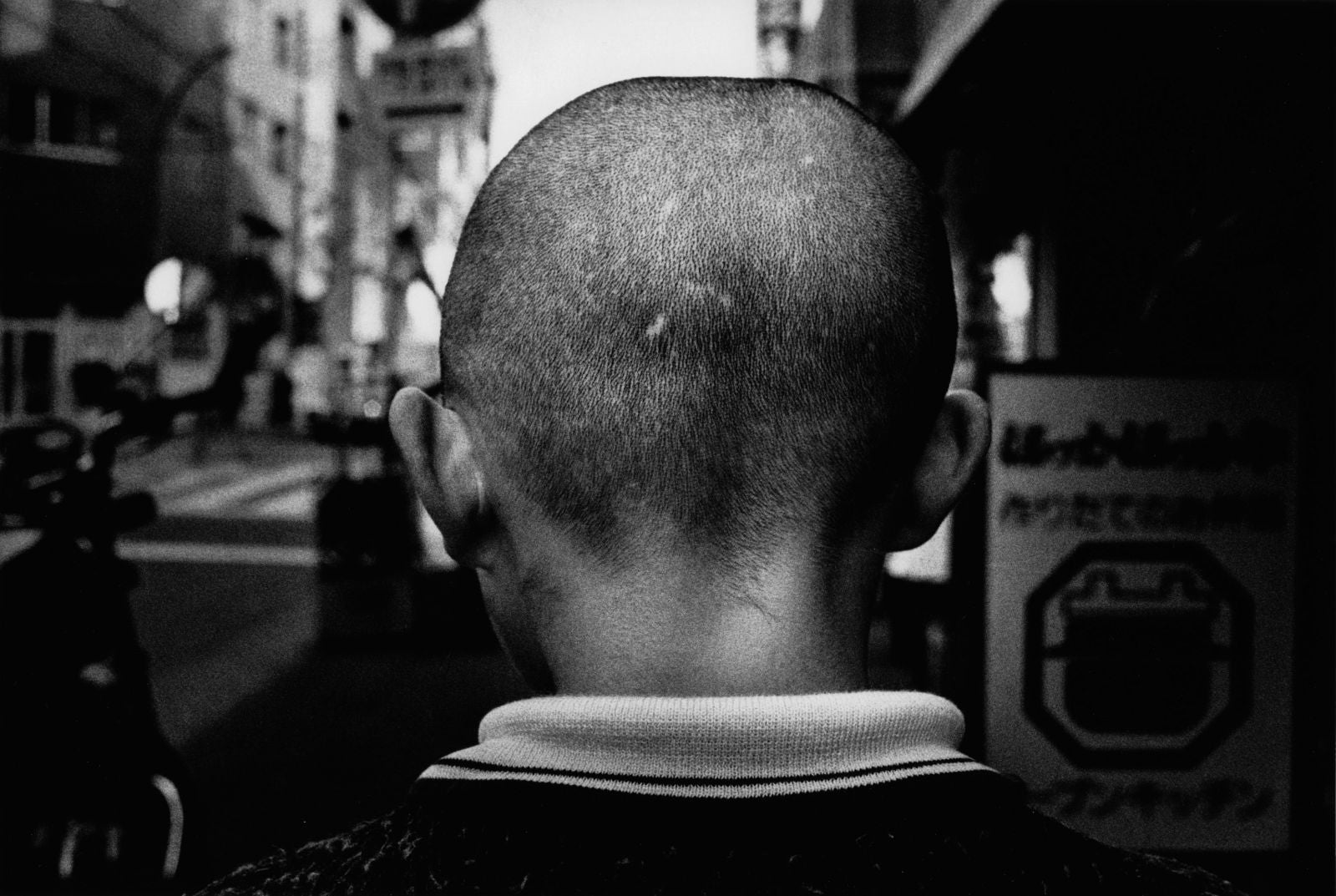 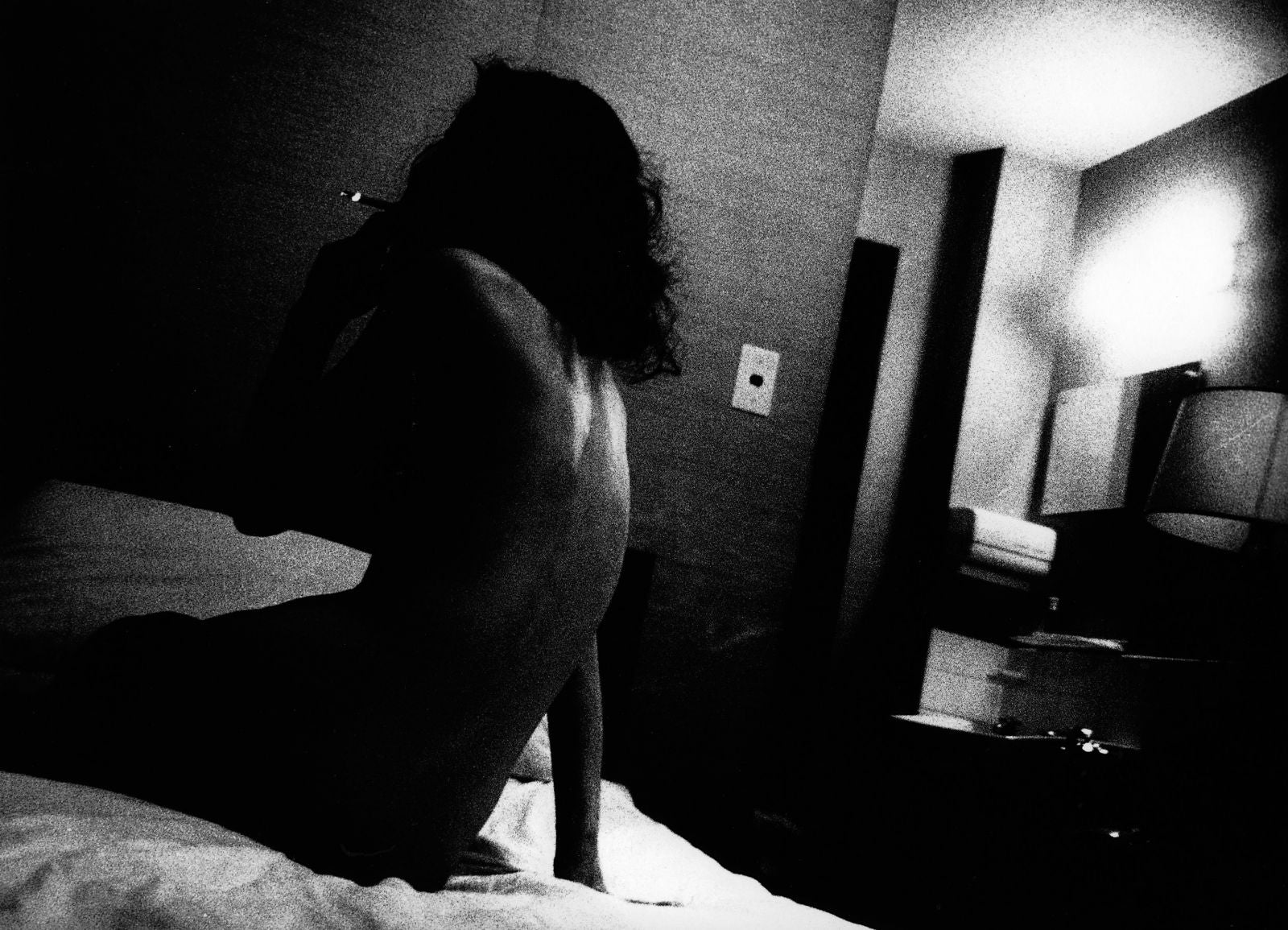 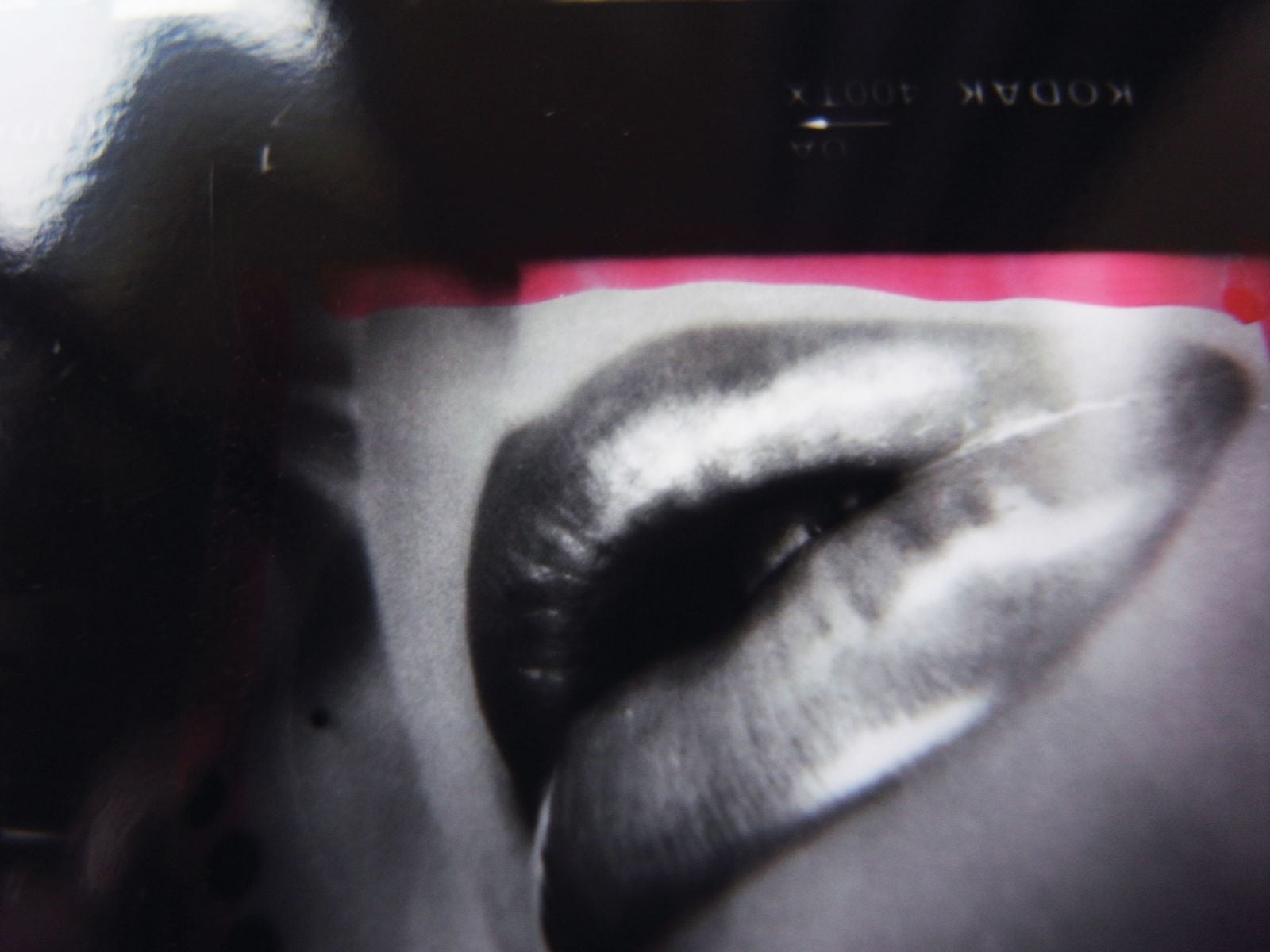 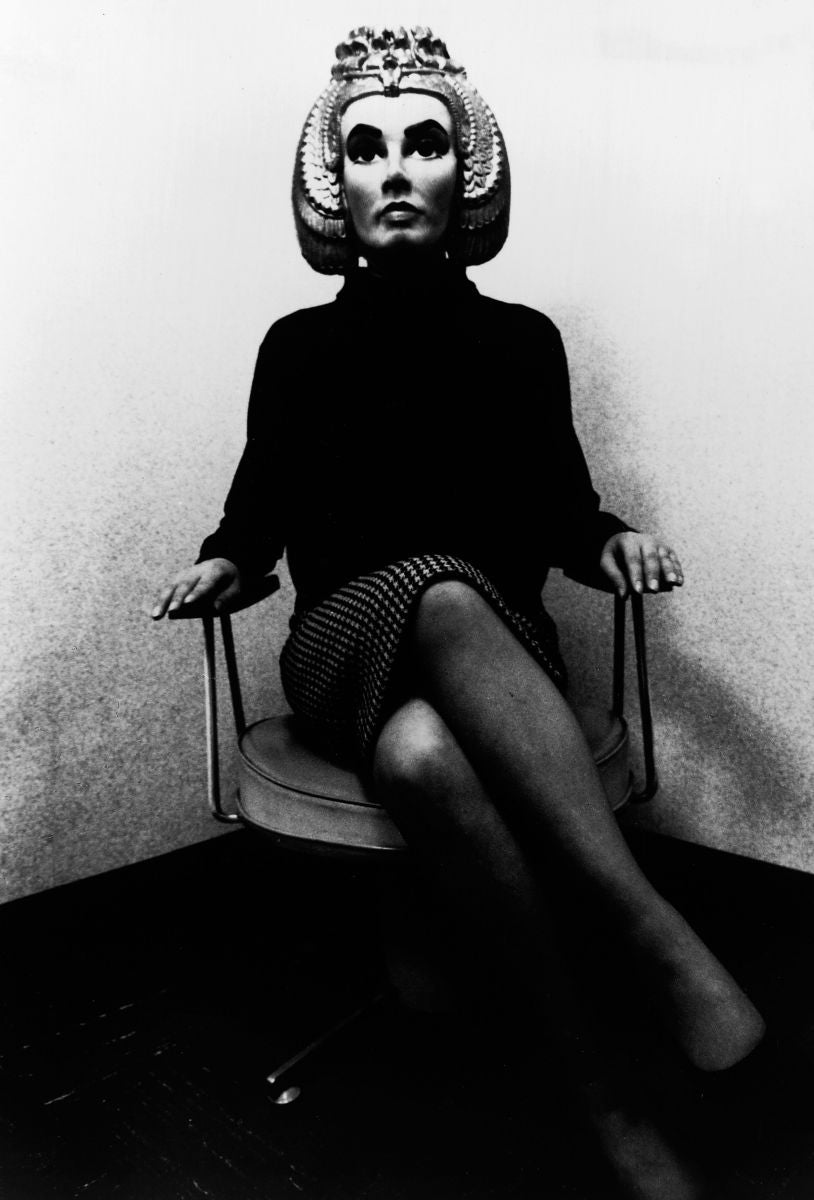 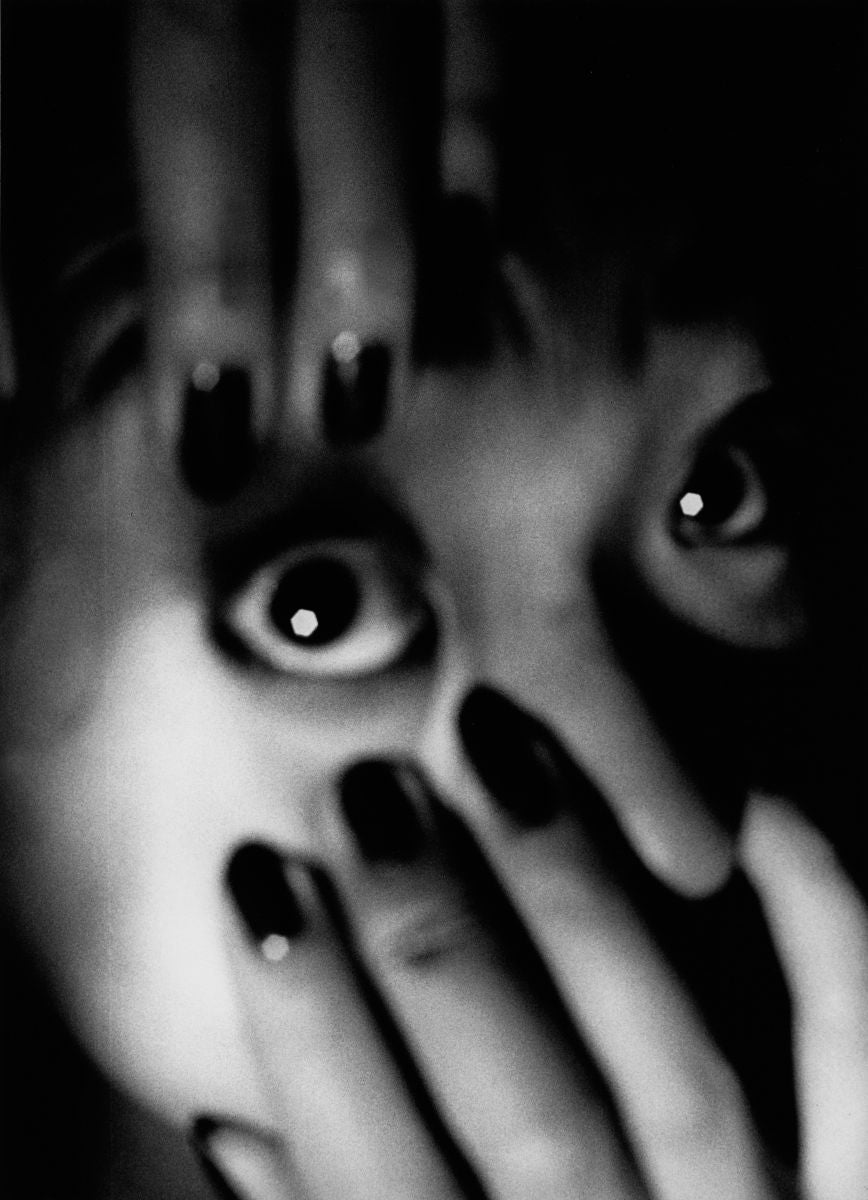