HBO’s new blockbuster for the chattering classes, Girls, opens with 24-year-old Hannah Horvarth getting cut off financially by her parents, and throwing a tantrum in full view of a room of diners.

“Do you realise how lucky you are?” she asks the two professors, who are visiting their daughter in New York, and paying for the dinner on which she is chomping down.

“I could be a drug addict,” she says sulkily, stabbing her plate with a fork. Eventually, realising they are serious about the demise of her allowance, Hannah refuses to see her parents to say goodbye the next day. “I have work; I have a dinner thing, then I am busy trying to become who I am,” she adds, storming off.

In my experience there are two reactions to this. For some, a guilty laugh of recognition, for others, a moan and feeling of disgust at her boundless sense of entitlement.

And that, for me, is what Girls is all about.

Do you see this programme as a forensically well-observed insight into your life? Or do you recognise the type of person Hannah is, and remember why you try to spend as much time away from her as possible?

Lena Dunham, the writer, director, and star of Girls suggests we feel some level of sympathy for Hannah Horvarth and her sad dead-end internships and the fact she can’t fit into American Apparel jeans, but equally we are invited, over and over, to mock her narcissism and obliviousness to the suffering of the rest of the world. 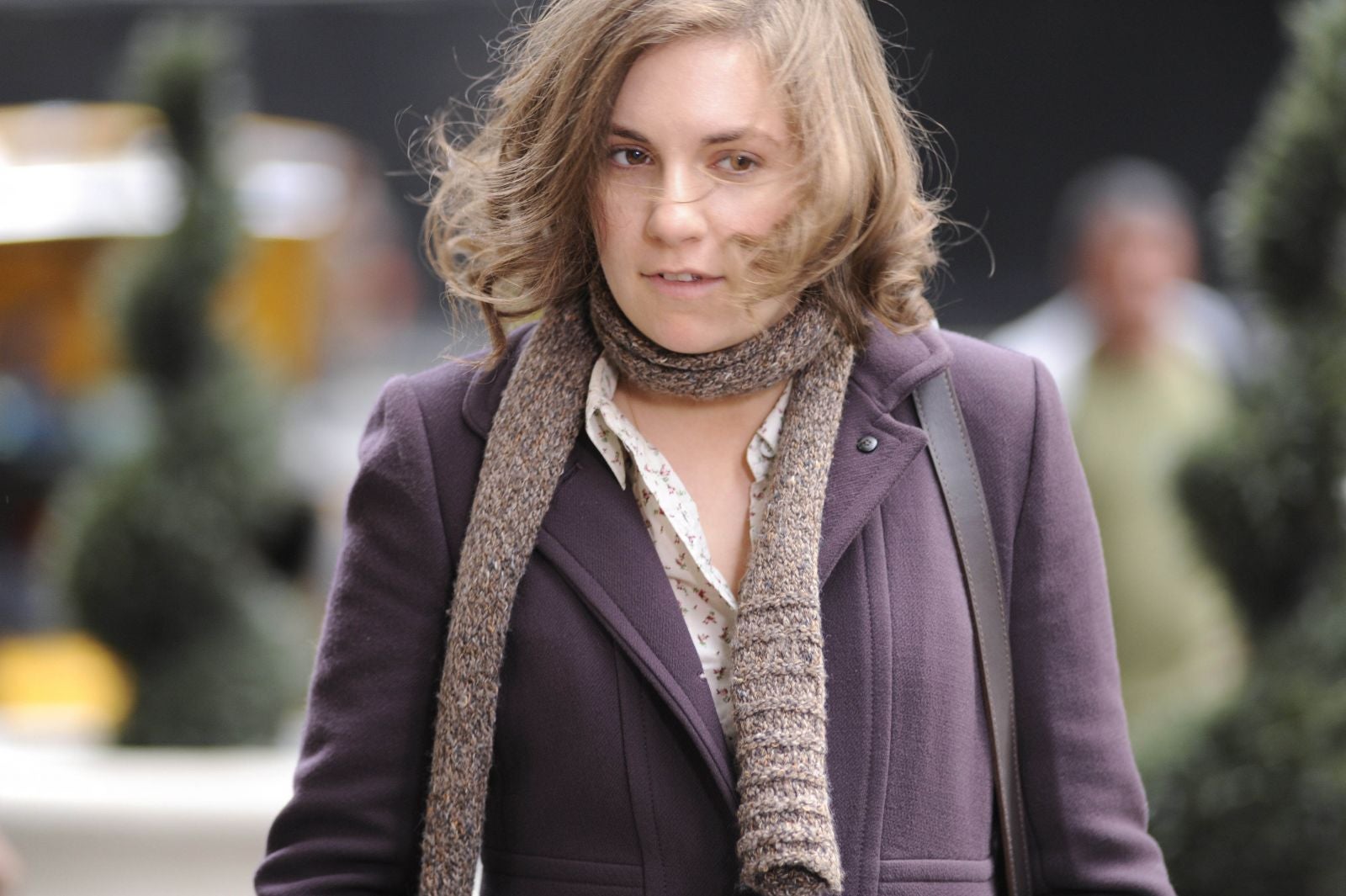 When Hannah gets a smear test, she ruminates on the abstract possibility of whether she would actually like to have Aids to her gynaecologist. After being told that this is a “silly” thing to say considering how many women die of the disease, Hannah accuses the gynaecologist of scaring her by implying she is going to die.

The response of any of the four girls of the show’s title is always “for me…” or “well, when I…”. Their narcissism is so total, so consuming, that any attempts by others to relate episodes of their lives to the characters are met with a deft analysis of how this will affect them.

Ex-boyfriend’s gay? Well now you feel bad for not noticing. Current lover is in AA and didn’t tell you? How could he be so selfish? How can you even begin to deal with your own feelings on this, let alone think about why he turned to drinking?

A still from episode one of “Girls”

Girls’ portrayal of young women as neurotic, over-privileged, and almost left useless by a society that has educated and empowered them is unsettling.

Aren’t these graduates supposed to be the ones who can do anything, $200,000 of college tuition later? Here, the endless choices available to rich, white, educated American women render them dysfunctional, so they have bad sex and get jobs for which they are hugely under-qualified, or in the case of one character, enter into a regressive state where they marry the very image of weak masculinity.

The race problem in Girls has been well documented, but this is just one symptom of a much wider issue of blind privilege that the show skewers at times but fails to address at other crucial points.

Some commentators have called Girls “gritty” and “real”. “Real” young women, in the sense they imply, don’t have $800 a month spare to pay their friend’s rent as well as their own when they get into a spot of trouble. “Real” women can’t take the day off from a job to patch things up with their boyfriends, because they would get made redundant when the next round of cuts came through.

The implied poverty of their position is temporary at the very worst for these women, and if all else fails they can go back to Michigan and live with their professor parents.

And the girls like them, our peers and even our friends, who expected they would “make it” effortlessly in a world where all the bourgeois security of property ownership, stable relationships and government support has been stripped away, are just as pitiable.

Thankfully, I think Lena Dunham is aware of that. She said in a recent interview:

“The one thing I guarantee I do know about is being middle class, half-Jewish, half-WASP in New York in 2012.”

Dunham doesn’t claim to speak for anyone beyond those socioeconomic boundaries, and she is well aware of their limitations.

In the so-called crisis of privileged women in their twenties, a generation with higher expectations of success and emotional fulfilment can still get it wrong, as they do in Girls, but how very often we get it right, with no credit at all.

Girls airs on Mondays at 10pm on Sky Atlantic HD. Find Jennifer on Twitter as @jaomahony