Slowly but surely, comics and graphic novels are being accepted as the art they have the potential to be. The release schedule for this autumn shows as eclectic a mix of titles as you’d expect in any other medium. Although they can only ever be personal picks, here are the five I’m looking out for (click on any page to see it full-size):

Charles Burns’s seminal coming of age/mutating STD story, Black Hole, took ten years to come out over the course of 12 issues, but boy was it worth it. For his new story, he’s copying the Franco-Belgian model of 60-odd page comic albums; the first volume, X’ed Out, came out in 2010, and was something like Tintin meets David Lynch.

Given it was just the first of three, however, it did rather end with the reader still in the dark. The Hive, the second of the trilogy, ought to bring the story further to the centre. But whether or not it does, the beauty of Burns’s art – X’ed Out was his first work in full colour, and this is his second – is reason enough to give it a go.

Chris Ware is a strong contender for greatest living graphic novelist. But his last full-length work, Jimmy Corrigan, the Smartest Kid on Earth, came out in 2000, and the world has been eagerly awaiting something new. Ware has kept himself busy in that time – a groundbreaking digital comic for McSweeneys, and several editions of his serial Acme Novelty Library – but Building Stories makes its welcome appearance in October.

Hitting the headlines for its format as much as anything, the book – if that’s the right description – ships as an enormous box, with fourteen books, pamphlets, sheets and posters of varying sizes contained within. There is no recommended reading order, and Ware makes the most of the various formats he has to work with, from broadsheet newspapers to hardback children’s books (the page below, for instance, is slightly bigger than the Telegraph). All are presented in his trademark hyper-detailed style, and the work is sure to take your breath away. 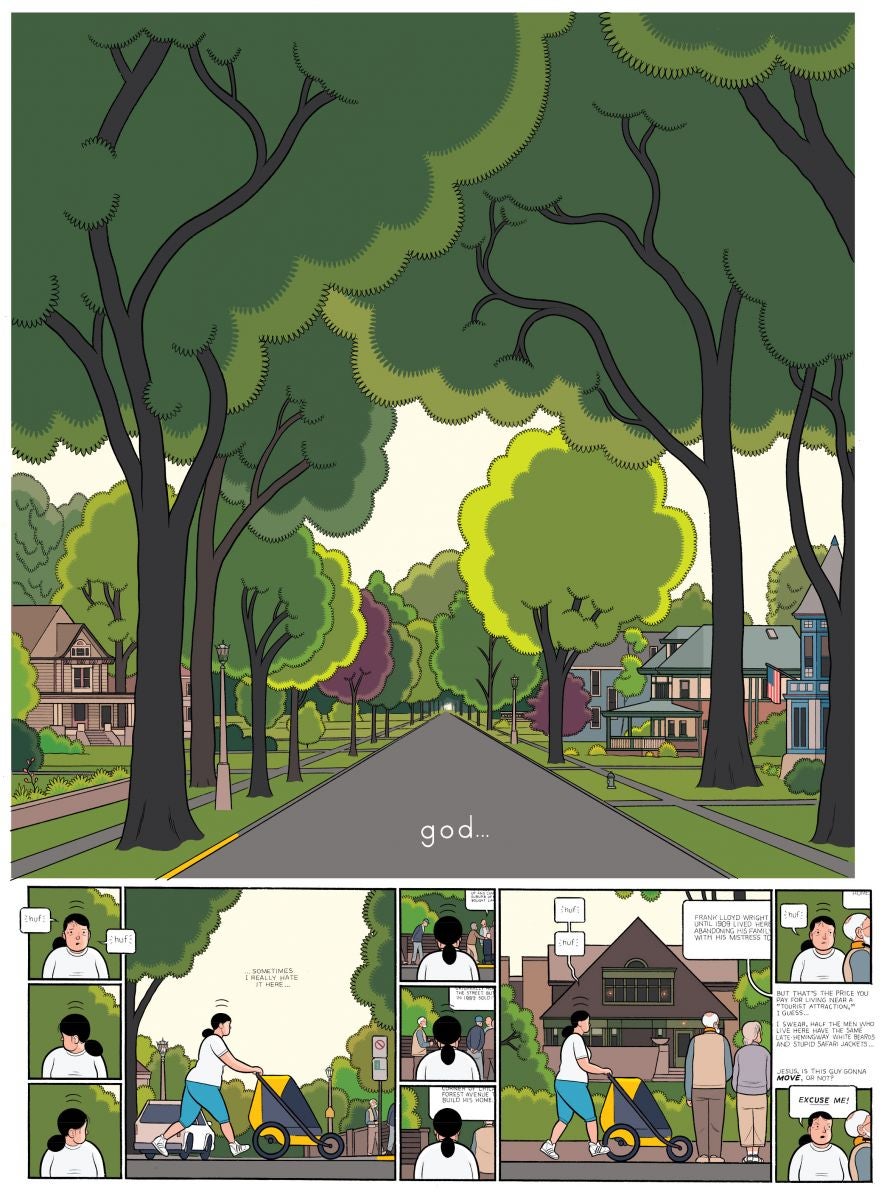 Brian K Vaughan is one of the best loved writers of genre comics. Making his name with Y: the Last Man, a high-concept serial which explored a world in which every animal with a Y chromosome had died except for one man and his monkey, Vaughan has spent the last few years writing for television, honing his skill in the writers’ room for Lost. Saga marks his return to comics, and also a maturing of his writing.

The series is almost unwieldy in its scope, but it never forgets the human story at its core: that of a couple, from either side of a war between two feuding races, and their quest to give their daughter a life which seems almost impossible. Ostensibly a space-opera, the series connects on a far more emotional level than many examples of the genre. 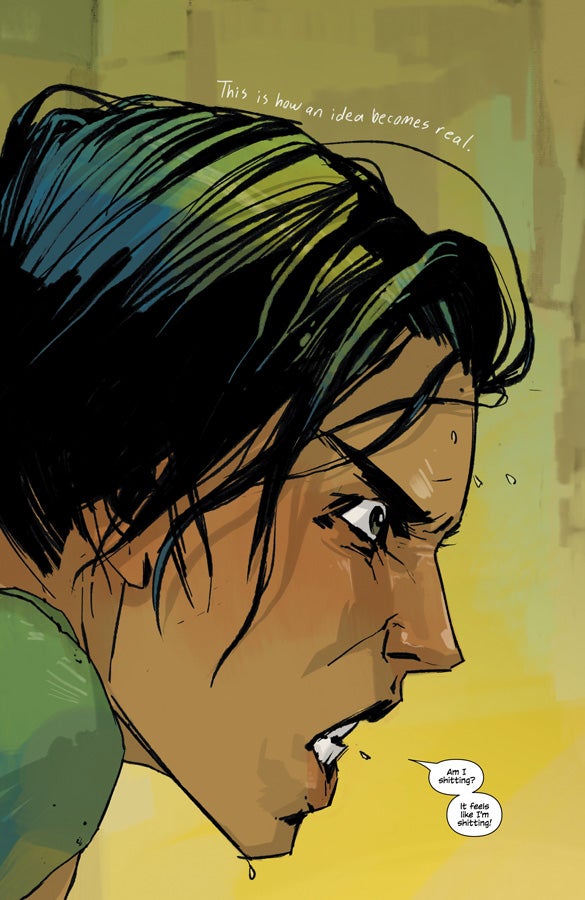 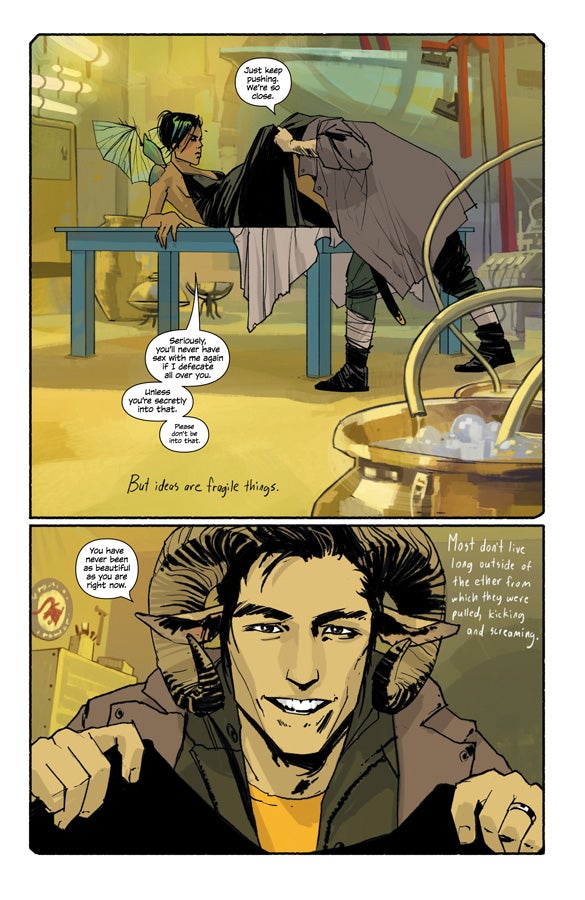 Hilda and the Bird Parade

Luke Pearson’s follow-up to 2011’s Hilda and the Midnight Giant sees him return to Hilda, his delightful all-ages creation (all-ages being comics-speak for “suitable for children, but really you should read it even if you are an adult, because it’s great” – think Pixar or the Simpsons). The stories – of which this is the third, but just as strong an entry point as either of the first two – have a deliberate Scandinavian twinge, focusing on that same unquestioning acceptance of the supernatural that gives stories like Tove Jansson’s Moomins their unmistakeable feeling.

In this book, Hilda and her single mother have moved from the fjords to the city of Trolberg, and Hilda is struggling to fit in. But when she saves a raven from being killed by her new friends, she finds out he can talk. Together, they embark on an adventure through her new home. 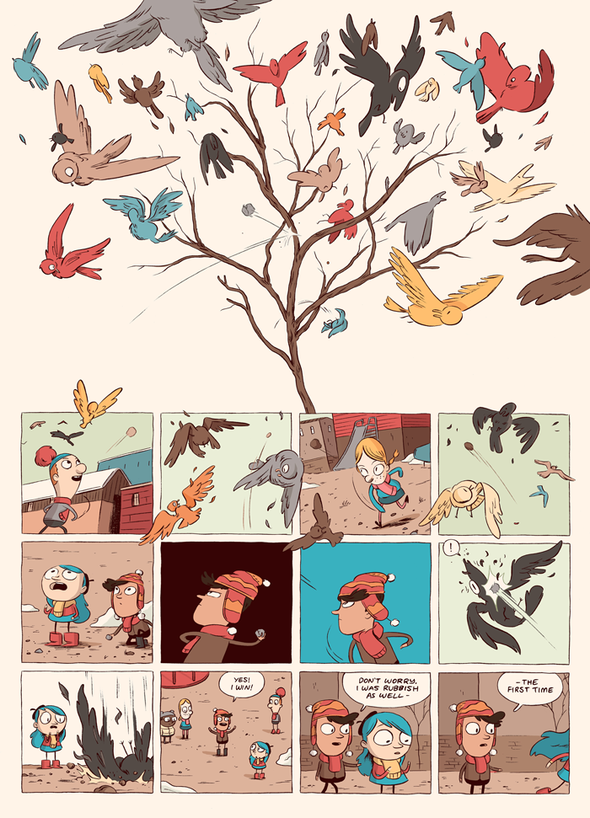 Jacques Tardi’s It Was the War of the Trenches took altogether too long to make it into English. One chapter made it into Art Spiegelman’s Raw magazine – most famous for being the site of the original serialisation of Spiegelman’s own groundbreaking work Maus – while another two were published in the 1990s by Drawn and Quarterly magazine. But when it Fantagraphics finally published it in full in 2010, Anglophonic audiences were able for the first time to experience an incredibly powerful exploration of the horror of the First World War.

Goddam This War! is more spiritual successor than actual sequel, but it is easily the equal of It Was the War…. Eschewing the latter’s splintered storytelling for a simpler, chronological tale, told through the first person narration of an unnamed soldier, it’s an accessible look at one of the masters of French comics tackling the subject which he writes about like no other. Plus, it’s presented in Tardi’s beautiful pen-ink-and-watercolour. 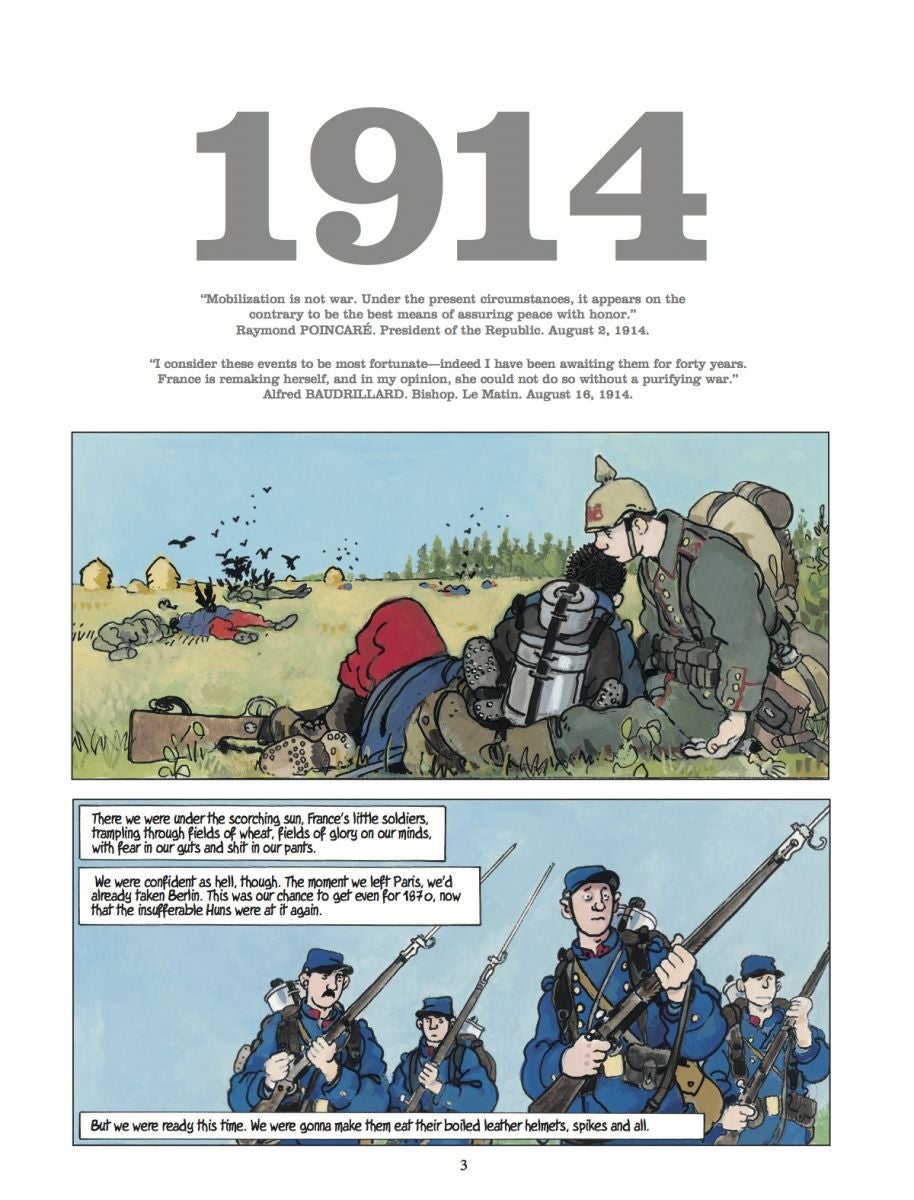