At first, the uncertainty of the Covid-19 crisis and the restrictions of lockdown brought about a pause for thought in many areas of consumer society. This was particularly true of the UK’s fast fashion habit, which had been sending 11,000 items of clothing to landfill every week. Staying at home was, in some ways, an opportunity to slow consumption and break the fast fashion cycle. But has that lasted?

Six months into the crisis, the status of the fashion industry is complex, but there has been a downward turn in clothing sales overall. During the nationwide lockdown in spring, in-store sales – which had been by far the most popular way to buy clothes – dropped by nearly 70 per cent. Online clothing sales rose in April to 22 per cent above 2016 levels, but in an economy in which consumers had little choice but to shop online, this was lower than expected. Sales of household goods, meanwhile, were up 187 per cent on 2016.

Even the fast-growing fast fashion giants have had a mixed year. In its yearly report, released on 14 October, Asos reported a 329 per cent rise in pre-tax profits, driven by a 19.3 per cent increase in sales across the UK, US and the EU. At the same time, however, the company’s gross margin fell, as did its share price, with the cost of selling clothes rising and the economic prospects of customers uncertain. Nick Beighton, the company’s CEO, warned in the first line of the company’s annual review that “life for our 20-something customers is unlikely to return to normal for quite some time”. 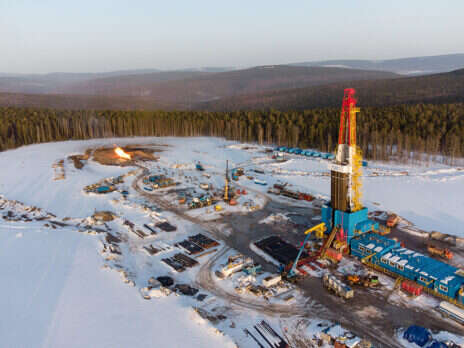 Boohoo – which owns Pretty Little Thing, Nasty Gal, Misspap, Karen Millen and Coast – continued to expand when it acquired what was left of Oasis and Warehouse for just £5.25m in June. But it was hit by a Sunday Times report on the conditions and wages at a factory that produces clothes for its brands in Leicester, leading to an investigation by the National Crime Agency. The following month, the company was reported to the Health and Safety Executive when it was alleged factories had illegally remained open during lockdown. This week, PwC announced it does not plan to continue as the group’s auditor, while other firms have reportedly declined to take on the company due to reputational concerns.

Retail in general appears to be experiencing a “V-shaped” recovery, but the fashion industry is taking longer to get back on its feet. Is this an economic issue, or have the loose ethics of fast fashion finally caught up with the sector?

Kate Nightingale, a consumer psychologist, says the Covid-19 pandemic greatly increased the “mortality salience” – the awareness that we will die – of consumers. When this happens, she explains, we tend to behave in one of two ways. Either we become more moral and pro-social, helping others and increasing our sense of integrity, or we become more impulsive.

These two effects are not necessarily exclusive. During the pandemic, they appear to have come in waves: once we feel we have acted morally for a while, we might have a period of impulsiveness. Impulse buying is rewarded in the brain by a hit of dopamine, and is often associated with dealing with extreme emotions. This is what we mean by “retail therapy”, says Nightingale.

The economic impact of Covid-19 would also have impacted consumer behaviour. “In an economic crisis, people behave a little more rationally: they focus on quality, price, availability, on security and safety,” says Nightingale. “We’re seeing these contradicting motivations: on one hand, I really want to be thinking long term, but I can’t, because I don’t know if I’m going to survive. We’re constantly having this cognitive dissonance.”

Impulsivity is often driven by our sense of control, explains Nightingale. Not everyone can become an impulsive spender – you need the “perfect storm” of psychological and environmental factors – but if you are predisposed to this behaviour, the loss of fundamental control during the pandemic (from both “mortality salience” and practical restrictions) might cause more impulsiveness. It is this emotion that leads people to make frivolous purchases, such as on fast fashion, and it is an urge that is not necessarily quelled by the fact that, with nowhere to go, there is little practical need for new clothes.

This urge to buy something – anything – is reflected both in the significant surge in online shopping and within the fast fashion industry itself. The Asos yearly report observes that while in April “demand for certain types of product, particularly occasion and formal-wear, remained constrained, we saw strong growth in casualwear and other lockdown relevant products”. The report also indicated a dedication to marketing products consumers knew they didn’t need: one of the factors that increased the company’s costs this year was “additional customer-facing investment to stimulate demand on ‘going out’ product”.

The demand for loungewear and pandemic accessories, from “Nama-stay inside” T-shirts to £28 hand sanitiser, was never going to be enough to bring the fashion industry back to its pre-pandemic value. This may be positive for the environment, but economic uncertainty for fast fashion brands also has a human impact. The sharp decline in EU clothing imports in January to June 2020 (a 25 per cent reduction on the previous year, a more significant import decline than in other industries) hit suppliers in the Asia Pacific region hard. In the fashion industry, payment for suppliers – factories, and the people who work in them – is often made well after the order is placed and fulfilled. In late March, Bloomberg reported that Western buyers – including Primark, a fast fashion store that does not translate to an online market – had already cancelled around $1.5bn worth of garment orders from Bangladesh, impacting more than 1,000 Bangladeshi factories and 1.2 million workers.

A report published in September by the International Labour Organisation states that around one in two garment workers in the Asia Pacific region lives in a country that has closed all but “essential” workplaces. There is no corporate safety blanket for those unable to work due to Covid-19 measures, and many already work in exploitative conditions. This is also true in the UK, where more than 10,000 textile workers are estimated to be working for less than half the national minimum wage.

Fast fashion is a complex industry with a vast ripple effect. After an abrupt fall, the latest data show that online clothing sales have increased once more: in August they were up 97 per cent on 2016 (though this is still behind other retail sectors). While this indicates greater economic certainty and employment stability for suppliers, it also indicates a consumer mindset returning to unsustainable habits.

The question is perhaps not, then, whether fast fashion will survive but whether, if our knowledge of its economic and ethical failings, profound changes to our lifestyle and even our sense of our own mortality do not stop us buying more stuff, there is anything that will.

[see also: All dressed up and nowhere to go: clothing in a global crisis]