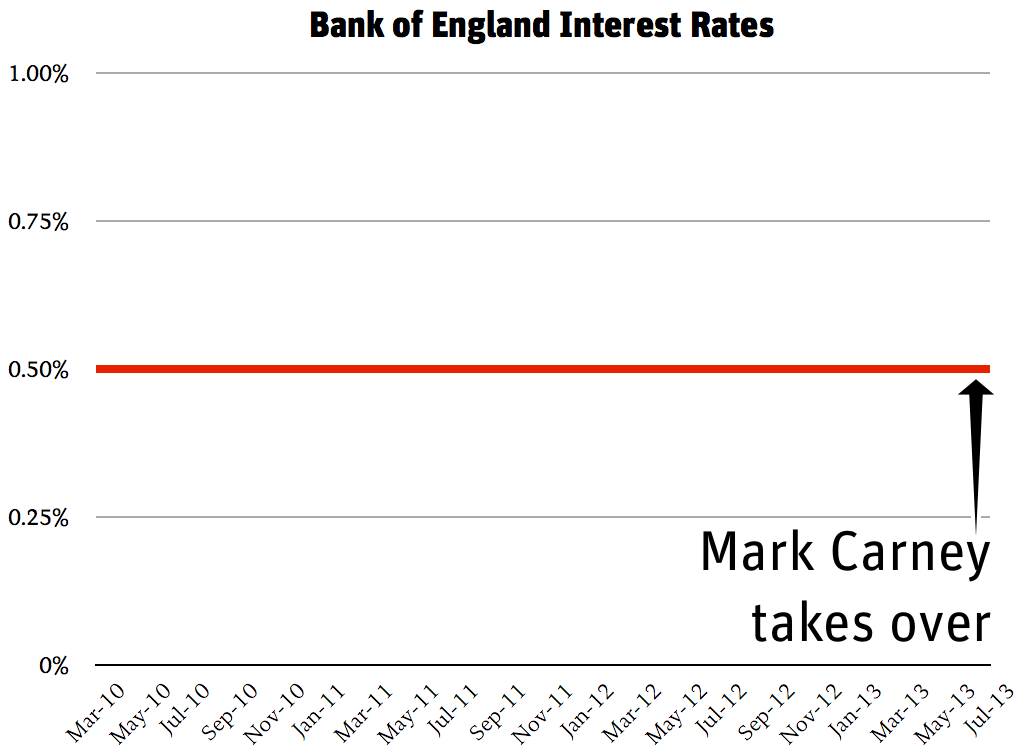 It’s our favourite chart, and you can really see the effect new governor Mark Carney is having on the Bank of England.

In all seriousness, though, the Bank’s announcement of the meeting of the monetary policy committee (MPC) did contain a bombshell, of sorts:

The implied rise in the expected future path of Bank Rate was not warranted by the recent developments in the domestic economy.

In non-central-bank speak: “don’t expect us to raise interest rates any time soon, because the economy is still in the toilet.” What they’re saying is almost less important than the fact that they’re saying it at all, though. Interest rate decisions are normally passed down without any statement at all; we have to wait for the minutes of the MPC to be released a few weeks later to find out what was going through their heads. That pushes the statement from an explanation of their thoughts into active monetary policy in its own right. It is what’s known as “forward guidance”.

Forward guidance is a very Carneyesque thing to be doing (although Mervyn King was no stranger to the concept himself), but there’s two sides to the coin: making promises, and keeping them. This guidance isn’t particularly controversial, merely stating what we all knew they were thinking; but it’s useful to build up trust that when the Bank makes statements, they’re statements you can bank on.

Fanfaronade adds to our translation. Though this metaphor is getting rather mixed now.

@alexhern Nice translation. Though economy not in toilet quite as much as it was. I’d say the grappling hooks’ve found the rim of the bowl.