If all trade was as frictionless as it is on eBay, the world’s real income could be almost 30 per cent higher, according to a new research paper from the European Trade Study Group, in a phenomenon known as the “death of distance”.

The study looks at a dataset of cross-border transactions performed over eBay, modified to only include sales from businesses which were concluded with a fixed price; in other words, no auctions, and no customer-to-customer sales. While this removes the majority of transactions from their dataset, the modification is necessary to make eBay sales more accurately represent offline trade.

They find that, unsurprisingly, the effect of distance on trade volume is lessened online. Controlling for standard trade costs “such as the absence of a common language, a common legal system, a border, a colonial history, or a free-trade agreement”, the distance effect is 65 per cent smaller online than offline.

That effect may be due to a mixture of three different frictions on trade: shipping costs, information frictions (you can, after all, only export to a country if you know someone there who wants to buy from you), or trust frictions. 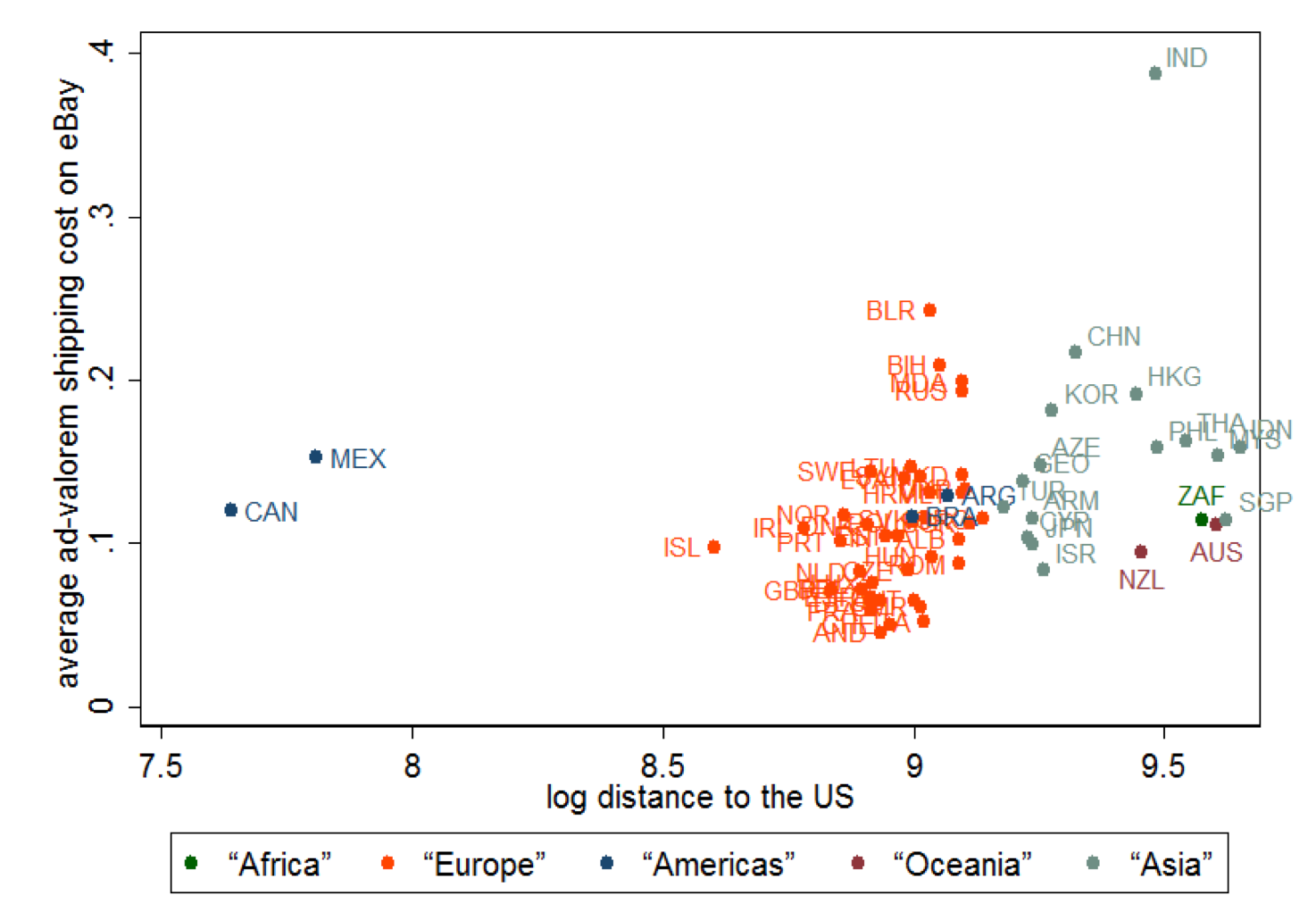 Instead, the real reduction in friction comes from the provision of both trust and information; as a result, “the distance-effect reduction is largest for exporting countries with high levels of corruption and which are relatively unknown to consumers, as measured by Google search results.”

At the other end, Belgium would actually lose out. It currently gains from information frictions, and would lose 0.9 per cent of its real income from trade if those frictions were abolished. It is the only country in the dataset which would lose out in such a way, though, and Britain would be up by over 40 per cent.

Of course, the study doesn’t address every aspect of the online world. One of the reasons why eBay is so frictionless is that the company takes a (rather large) cut of the transaction in order to keep that infrastructure maintained. If all the world’s trade was carried out on eBay, its annual revenue from international transactions alone would be in the order of $400bn, a significant increase on the $12bn it’s earned in the last year. And let’s not even talk about the Paypal fees.

Still, the paper strikes a blow in favour of those of us who think there are still significant gains to be made from the online economy.