Just through from Markit economics, the Eurozone Retail PMI shows continued contraction in the retail sector, with the speed of that contraction on trend for yet another increase. The release reads (pdf):

The Eurozone retail sector remained mired in a deep downturn at the start of the final quarter of 2012, according to PMI® data from Markit. The current sequence of falling sales revenues was extended to a twelfth month, and the rate of decline accelerated since September.

The Eurozone Retail PMI is an indicator of changes in the value of sales at retailers. The PMI is adjusted for seasonal factors, and any figure greater than 50.0 signals growth compared with one month earlier. The PMI fell back from September’s three-month high of 47.1, to 45.3. That signalled a sharp fall in retail sales compared with one month previously, and the latest figure was also below the average for the third quarter (46.0). 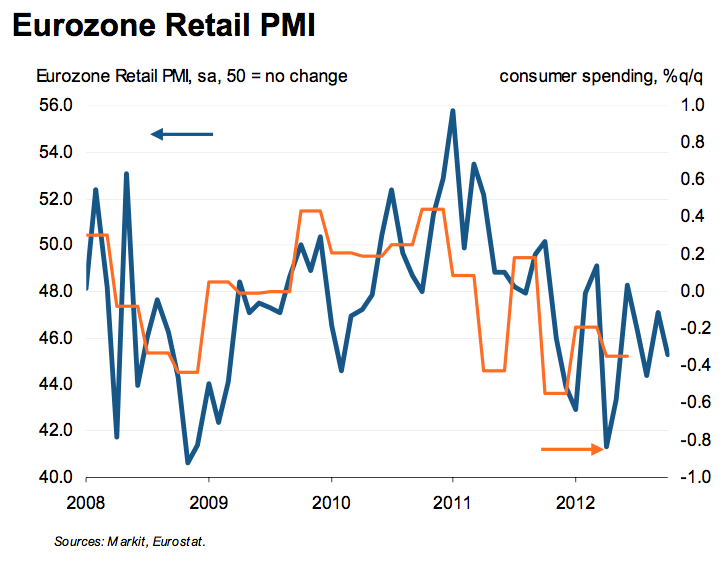