Australia is doing significantly better than it thought, it turns out, after the official statistics agency released a revision to a report on aggregate household assets which included a huge upward revision to estimates for equity holdings – stocks and shares.

AU$325bn was added to the cumulative share assets of Australian households, a revision worth almost £10,000 per household, and it raised the total from AU$2.77trn to $3.1trn.

“This issue incorporates new estimates for households holding of unlisted shares and other equity in other private non financial corporations,” the statistician drily noted.

The value of such equity is now put at A$383 billion at the end of March, compared to the original A$91 billion.

It’s not quite as bad as the Sunday Times declaring that there are just 100 cod in the North Sea (the actual figure is closer to 500 million), but nonetheless, the revision by the Australian Bureau of Statistics must rank as one of the largest by an official statistics agency ever. It certainly puts the ONS’ revision of last quarter’s change in GDP – which they initially estimated to be a 0.7 per cent contraction, and later revised upwards to “just” 0.4 per cent contraction – in context. 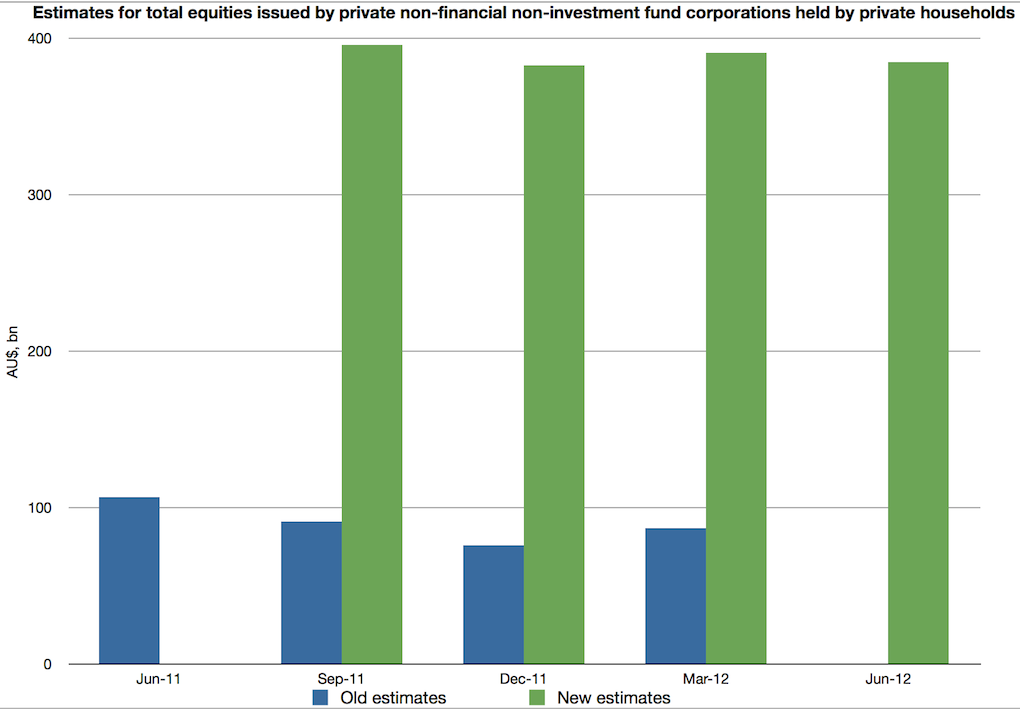