The next post, offering four tickets to the panto, came a day later. Then another the following day. Two more yesterday. And there were others, too: tickets to the Santa’s Grotto at the local garden centre (“we can’t go due to Covid”); tickets for a “Polar Express” steam train ride; another panto. People were pulling out of events they’d booked – often at a pretty hefty cost – in droves.

Facebook groups like this often offer a good snapshot of what’s happening across the UK. Sure enough, the hospitality sector has reported that people are cancelling bookings to theatres, cinemas, restaurants and bars either because they are worried about catching Omicron and missing out on their family Christmas, or because they actually have Covid. Meanwhile, businesses, already hit hard by the spate of cancellations, are being forced to close their doors as their own staff come down with the virus.

Yesterday (21 December) the chancellor, Rishi Sunak, rode to business’ rescue with a £1bn package that that will provide hospitality businesses £6,000 cash per premises to stay afloat, as well as £1.5bn for the supply chain. But after mixed messaging from the government caused this “lockdown from below”, Sunak’s rescue may be far too little, too late. 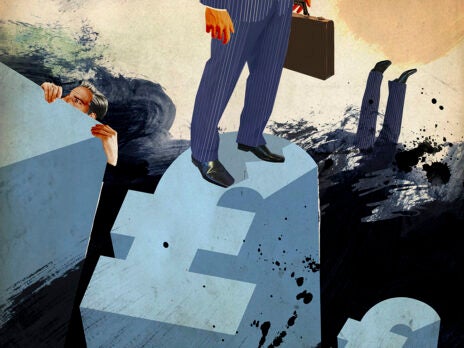 It was after Chris Whitty advised people to “prioritise the things that really matter to them and de-prioritise the others” on 15 December that the cancellations began in earnest. By Monday 20 December, the trade association UK Hospitality had said revenues at more than half of venues dropped more than 40 per cent over the weekend. Theatres are suffering similarly: the Society of London Theatres said of its 46 full members, 22 had been forced to scrap performances. Meanwhile, the Beer and Pub Association said it expects pubs to sell 37 million fewer pints this Christmas, losing £297m in the process.

Even if the venues consumers were heading to were open, many of them won’t be able to get there: GWR, ScotRail, Avanti West Coast and LNER have all cancelled train services, blaming staff shortages due to Covid.

Cameron Mackintosh, who has produced some of the West End’s biggest musicals, including Cats and Les Miserables, summed it up, telling BBC News the sector had been either “shut by the government or shut by stealth because of all the mixed messages”.

After a week of pleas from businesses, the support package is something of a damp squib. “I’m sure [the £6,000 grant] is a very useful shot in the arm for small businesses, but for a business like ours, to be honest, it doesn’t really touch the sides,” said Robin Huton, the chief executive of the Homegrown Hotels Group, which includes The Pig chain, on the Today programme this morning.

Kate Nicholls, the chief executive of UK Hospitality, said it will “help to secure jobs and business viability in the short term”, but added there was “urgency in getting this funding to businesses” (lest we forget, the £1.5bn business rates relief fund set up in March this year has yet to pay out a single penny). Meanwhile, Shevaun Haviland, director general of the British Chambers of Commerce, called the deal a “positive starting point”, but added: “If restrictions persist or are tightened further, then we would need to see a wider support package.”

Realistically it may be too late for many businesses: most hospitality firms rely heavily on Christmas for the bulk of their annual revenues. UK Hospitality has said a third of businesses in central London have already closed for the holidays. £6,000 seems a paltry amount, particularly during a year in which they have already been beset by Covid-related problems.

As the Guardian’s Gabby Hinsliff pointed out, it is telling that it was left to Chris Whitty, “a man notably unconstrained by fear of mutinous backbenchers or self-serving anxieties about by-elections in North Shropshire”, to deliver the bad news about cutting down on socialising: it suits Boris Johnson to have this “lockdown from below”.

Meanwhile, he can nod to good economic news, like figures showing that UK borrowing nearly halved year-on-year from April to November as the furlough scheme closed, to kid himself that he’s doing a good job. But the truth is, as Johnson and his team feast on cheese and wine, the businesses providing those products are teetering on the brink.

[See also: Is Britain heading for a Christmas “lockdown by stealth”?]

Topics in this article: Covid-19, Lockdown