Ridley Road’s 150 stalls – supplying an array of Afro-Caribbean, African, Asian and British goods – reflect and serve communities that have made the London Borough of Hackney their home.

[See also: The cost of living has increased more than you think – budget food has doubled in price]

It has been at the heart of the Hackney locality of Dalston since 1880. In the Forties and Fifties, it was a Jewish market, and a site of resistance against Oswald Mosley’s fascist revival. Later in the Sixties and Seventies, it became home to a large Caribbean community. Turks, Greeks and countless others later joined.

A recent University of Leeds study led by Sara González has measured the “community value” of traditional UK street markets, finding that “they are particularly important to low-income communities, older people, migrants and black and minority ethnic groups”.

It demonstrates how markets in Bury in Greater Manchester, Newcastle and London provide healthy and affordable food, a social space, and boost the local economy.

“They are a safe and welcoming space for people who could be struggling to heat their homes or cannot afford to meet their friends in a coffee store,” said González.

Yet they are under threat.

In 2021, the National Association of British Market Authorities reported a £200m loss over the pandemic for market operators, which received little government support.

With the majority of British markets run by cash-strapped local authorities, González warned that “the wide range of community benefits” that markets generate “are being overlooked as they [councils] prioritise a financial return”.

Ridley Road remains a refuge for multicultural, working-class London, in a borough that has gained a reputation for catering to the appetites of bougie young professionals.

Over the past decade, Hackney has had a rapid makeover. London’s most deprived borough and England’s sixth most-deprived local authority in 2010 is now home to cafés selling £4 flat whites and house prices that have risen 108 per cent.

This mega regeneration was accelerated by the 2012 Olympic Games in nearby Stratford and the reopening of the East London Line. With traders peddling fruit and veg – “any two bowls for £1.50” – the market feels out of sync with Hackney’s shiny new future.

This should be welcome news, given the crisis elsewhere in the sector. Across the UK, traditional markets like this one have been under threat or disappearing. Casualties include Newcastle’s Green Market in 2007, Glasgow’s Paddy’s Market in 2009, Manchester’s Newton Heath Market in 2010, Sheffield’s Castle Market in 2013 and London’s Dagenham Sunday Market in 2020.

[See also: How a Latin American market became the battleground for Corbynism’s soul]

Yet despite the council’s investment, there is an atmosphere of disquiet among Ridley Road traders. Making markets palatable to an affluent millennial elite threatens to price out and alienate long-standing traders and customers. The plans will also reduce the number of pitches.

I met 68-year-old Larry Julian, whose family has traded at Ridley Road for four generations, at a café on a nearby local market-turned-hipster hotspot, Broadway Market. From where we sat, the boarded-up windows of F Cooke’s jellied eel, pie and mash shop – which closed its doors after 120 years in 2020 – frame the organic cheese stall outside.

Born and bred at 108 Ridley Road, Julian started young. “I was 14 when I started working for my father.”

After over 50 years on the stall, he brims with fond anecdotes about his time as a “cheeky boy” selling toiletries: joking with regulars, discovering sweet potatoes and yams, and meeting his wife Lesley who sold flowers on the neighbouring stall.

“The atmosphere was fantastic,” he told me. Until it wasn’t.

Julian retired last year, and he’s not alone. His story is ultimately one of heartbreak. “We didn’t leave; we were pushed out.”

“It was like reading War and Peace,” Julian recalled. If traders slip up, they can be fined or even have their licence revoked. They nicknamed it “101 Ways to Lose Your Licence” – and, indeed, many did.

The council removed 12 licences between 2019-20 for subletting or similar breaches. While Julian acknowledged that subletting was illegal, he felt that in some cases it had occurred because traders simply could not meet conditions outlined. A council spokesperson told the New Statesman that “many of the regulations were not new.”

Combined at the time with a 12-20% increase in pitch fees, these new restrictions made trade – already difficult – untenable for some. Despite attempts to negotiate, “they just wouldn’t listen”, said Julian.

The results of a community consultation, held from June to October 2021, have not been published. A council spokesperson told the New Statesman it is “currently reviewing” comments and feedback, but did not give a publication date.

This breakdown of trust has made remaining traders sceptical about the council’s long-term commitment to Ridley Road.

Originally from Guinea, Mohamed Barry has been selling African textiles and jewellery from a small unit in the covered section of Ridley Road Market for 13 years.

He felt the council’s plan was to “empty the market so they can do whatever they want to it”. It doesn’t prioritise the need for basic improvements, such as parking provision, he said.

“I don’t know what their plan is, but I know that in the end I’m the loser.”

Under pressure from a community campaign to Save Ridley Road, the council has approved plans to manage and lease parts of the Ridley Road shopping village, the privately owned covered part of the market. However, campaigners are concerned that the market will be affected by the council’s wider plans for the area. The “Dalston Plan” earmarks ten local sites as “development opportunities”, including sites on Ridley Road’s north side and the neighbouring Kingsland Shopping Centre car park.

Bill Parry-Davies, a local solicitor and part of the Save Ridley Road campaign, warned this would mean “evictions of existing independent shopkeepers and stallholders, disruption to the whole market and a sanitised outcome”.

The council “can’t dictate every change in a growing town centre”, said a spokesperson, but it “will use every power [we] have to ensure that new development benefits the area’s diverse communities first, and shapes Dalston’s future based on their priorities”.

However, new trading regulations suggest otherwise. They include the requirement for traders to move their pitch and change the type of stall and awning, if deemed in the interest of the “redevelopment of a particular area”.

Mourning his diminishing customer base, Barry pinpointed property development as the cause. At the new high-rise Dalston Square near Ridley Road, only 28 of its 553 homes are affordable and over 40 per cent are owned by investors for private rental, for example.

“These luxury places are for people who have nothing to do with us,” he said.

As the light faded, Ridley Road was still full of life. Smoked turkey and cow’s feet were served up by play-fighting teens at Nadeem Halal Butchers, while many hands made light work at God is Able Hair Salon.

This is a “bread and butter” market, in Julian’s words, which – as the cost-of-living crisis bites – makes Hackney life possible for many.

Taking down the brightly coloured scarves and handbags that line his stall, Barry had a final message: “we don’t got nothing else to survive on but this. Marketing is our life. We want to remain in this market but right now, they are killing it.”

[See also: From fuel to inflation to Universal Credit, a cost of living crisis is brewing]

Newsletters from the New Statesman View all newsletters
Subscribe for the best of our politics, international affairs, culture and business coverage, straight to your inbox
THANK YOU
Topics in this article : Cost of Living Crisis , East London , Food markets , Inflation , Ridley Road 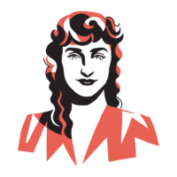